CMS came a lot closer to launching a COVID-19 SEP at HealthCare.Gov than I thought. 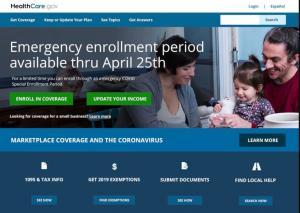 Back in March & April, I wrote a lot about COVID-19 Special Enrollment Periods...and especially about the fact that the largest ACA exchange of all, HealthCare.Gov, kept refusing to do so in spite of massive pressure from governors, members of Congress and nearly every advocacy group under the sun, as well as the U.S. Chamber of Commerce and even the health insurance industry itself...which is especially remarkable given that it was BCBSA & AHIP who insisted on cracking down on Special Enrollment Periods in the first place a few years earlier.

On March 31st, I posted the following:

Just a few hours later, my speculation was pretty much confirmed via Susannah Luthi of Politico:

The Trump administration has decided against reopening Obamacare enrollment to uninsured Americans during the coronavirus pandemic, defying calls from health insurers and Democrats to create a special sign-up window amid the health crisis.

March 31st was on a Tuesday, so the "last Friday" referred to here would have been March 27th.

Well, I've been spending the past few days going through my email to delete thousands of spam messages and clean up the rest, and I stumbled upon this email submission from 5:31pm on March 27th, 2020...which somehow got lost in the shuffle at the time (I get a lot of email):

Here's the image file which was attached: 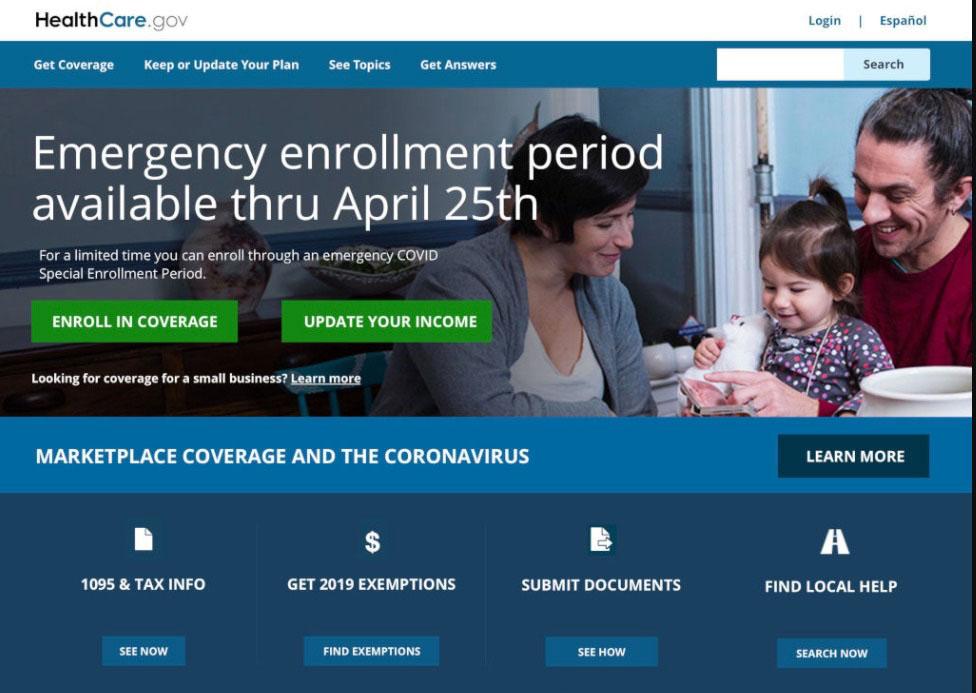 It's possible that this is a fake, of course; I checked the Wayback Machine at Archive.org and none of the archived versions from on & around March 27th include this message...but that doesn't prove anything, as web development teams always have mockups of new graphics/page layouts before they go live. Presumably this one was pulled at the last minute. And really...why on earth would anyone go through the trouble of faking something like this?

Assuming it's legitimate, HealthCare.Gov was indeed planning on launching a 4-week "open" COVID-19 SEP as of March 27th...only to kill it over the weekend. That's not very long, but they could have easily bumped out the deadline by another month or two as many of the state exchanges ended up doing. As I've noted repeatedly, based on the data from the state-based exchanges which have launched COVID SEPs, an additional 220,000 - 320,000 Americans likely would have enrolled if they had done so (I actually projected 440K - 640K for a 2- month SEP).

Anyway, what were the "other options" which the CMS team ended up "exploring"? Well, about three weeks later, my colleague Andrew Sprung discovered that at least someone at HealthCare.Gov team decided to mitigate the issue by partly bending the rules with a new "quiet" policy:

Here's the verbatim statement from CMS's official CCIIO (Center for Consumer Information & Insurance Oversight) representative during the training webinar that Sprung refers to while discussing Qualifying Life Events (QLEs) which make someone eligible for a Special Enrollment Period enrollment:

“I do want to point out that right now the Marketplace is not requiring consumers to upload supporting documentation to verify their eligibility to enroll in a Special Enrollment Period. So instead, consumers may attest to that information that they provide on the application while they are applying for a SEP.”

I don't know where exactly in the application process the attestation step is, but this is welcome news. As I noted above, it's still not nearly as good as a full "open" SEP given the circumstances, but it should help streamline the process for many enrollees.

Note that you still have to actually have experienced a QLE to be eligible; if you do get busted lying, it's still a violation of HealthCare.Gov's terms of service, so those living in the 38 HealthCare.Gov states should still only utilize a SEP if they actually did lose their employer coverage have one of the other QLEs.

This seemed to be the "quiet" policy (not advertised or mentioned anywhere on the website or in a press release...apparently prospective enrollees had to sort of stumble upon it by themselves) up until sometime in July, when Sprung reported that they appeared to have abandoned that policy...maybe.

People who have lost their health coverage since the beginning of the year now have a streamlined pathway to sign up for Obamacare.

The Department of Health and Human Services recently changed a question on the application for Affordable Care Act insurance to indicate that losing coverage since the start of the year allows people to sign up outside of the normal open enrollment period, according to people following ACA coverage.

Previously, the application for such coverage on the federal HealthCare.gov website used in 38 states asked if people had lost their coverage in the last 60 days—and the agency hasn’t made any announcement of the change.