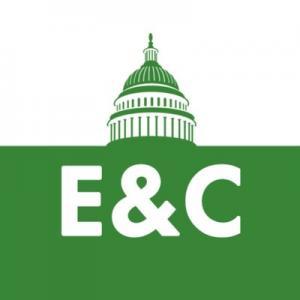 Nothing remotely surprising here, but it's still good to remind people of what sort of "healthcare plans" would run rampant if the ACA is struck down by the GOP's lawsuit this fall:

“The Committee’s investigation finds that the Trump Administration’s policy to expand unregulated and misleading plans is a threat to the health and financial well-being of American families, particularly during the COVID-19 crisis,” Pallone, Eshoo and DeGette said. “These plans are a bad deal for consumers and oftentimes leave patients saddled with thousands of dollars in medical debt. The heavy-handed tactics uncovered in this investigation demonstrate why Congress must reverse the Trump Administration’s expansion of these junk plans.  It also shows how dangerous a post-ACA world would be if Republican Attorneys General and the Trump Administration are successful in striking down the law and its protections for coverage of pre-existing conditions.”

The investigation found that enrollment in these plans, which offer bare bones health coverage and engage in heavy-handed tactics to avoid paying medical claims, increased significantly to approximately three million consumers in 2019, a 27 percent increase from 2018. The growth in enrollment came after the Trump Administration issued a final rule in August 2018 that extended the maximum duration of the plans and allowed them to be sold alongside plans that comply with the Affordable Care Act’s (ACA) consumer protections. Earlier this week, Health Committee leaders unveiled The Patient Protection and Affordable Care Enhancement Act, which would reverse the Administration’s expansion of these junk plans.

I've never been able to get a lot of hard data on STLDs in the past since there's several different types and enrollment data on them seems pretty spotty in many states, so this particular data point is very handy to have.

The actual total number of enrollees is likely somewhat higher, as the E&C report only includes 9 companies, but I'm going to assume that these represent the vast majority of STLDs nationally. Fourteen companies were investigated in all, including:

...as well as the following insurance brokers:

The Committee investigation finds these plans are bad for consumers:

The Committee’s investigation also found millions of Americans are enrolled in these plans that fly under the radar of state regulators:

In March 2019, the Committee officially launched its investigation by sending letters to 14 companies that either sell or assist consumers in enrolling in STLDI plans, requesting documents and information about industry practices. The Committee also conducted phone calls with all of the companies and followed up over the past 12 months to request additional information and seek clarification as needed.