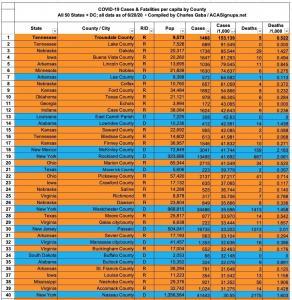 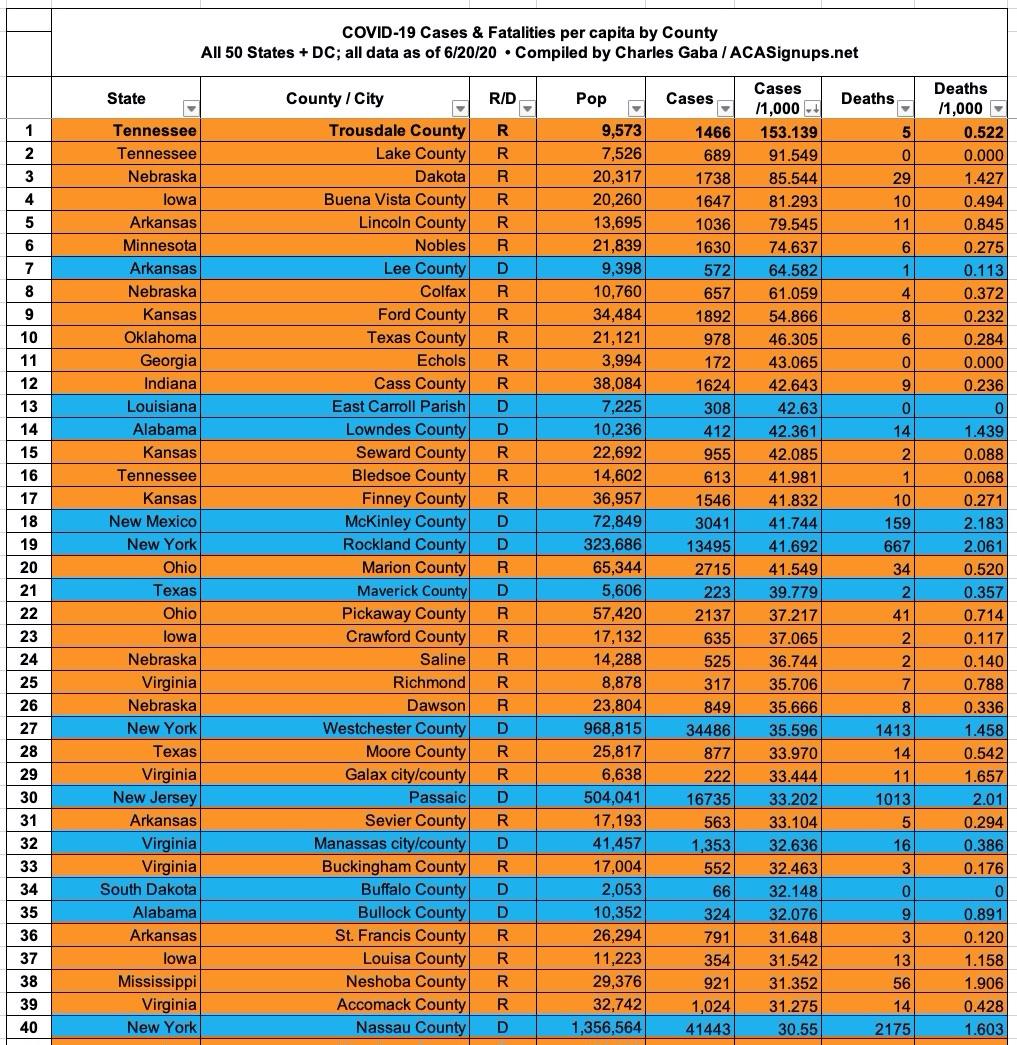 On the other hand, as you can see below, 15 of the 20 counties with the highest COVID-19 mortality rates voted for Hillary Clinton. It's actually more like 18 out of 20, since both the NY Times and John Hopkins University data files lump all 5 New York City boroughs (which are actually counties) into a single listing. Four of the five are solid blue (the exception is Richmond County, aka Staten Island).

Here's the top 40 counties ranked by per capita COVID-19 fatalities as of Sunday, June 20th: 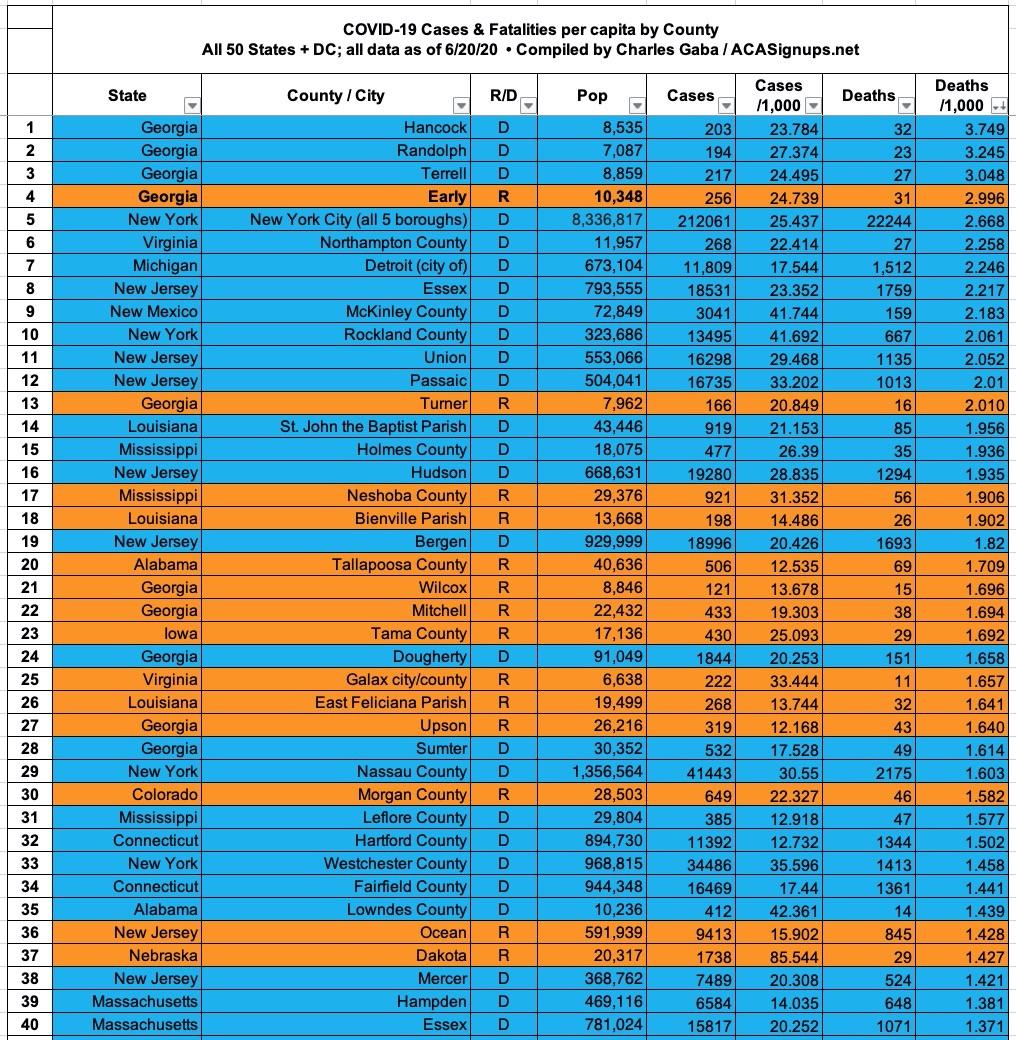