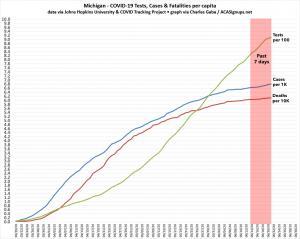 The death rate is a little different--since there's usually a lag of several weeks between the time someone tests positive until they're sick enough to be hospitalized, are admitted to the ICU and then actually pass away from the disease, any upward slope of fatalities won't show up until a few weeks after the case increase, so a straight line for deaths in the past week isn't necessarily good news.

IMPORTANT: In order to make the graphs readable, I've had to use different scales for all three lines. Testing is per 100 residents. Cases is per 1,000 residents. Deaths are per 10,000 residents. If I tried to use the same scale for each, the fatality line would appear to be horizontal for most states while the testing line wouldn't even fit on the graphs. Again, it's the relative curves which matter here. 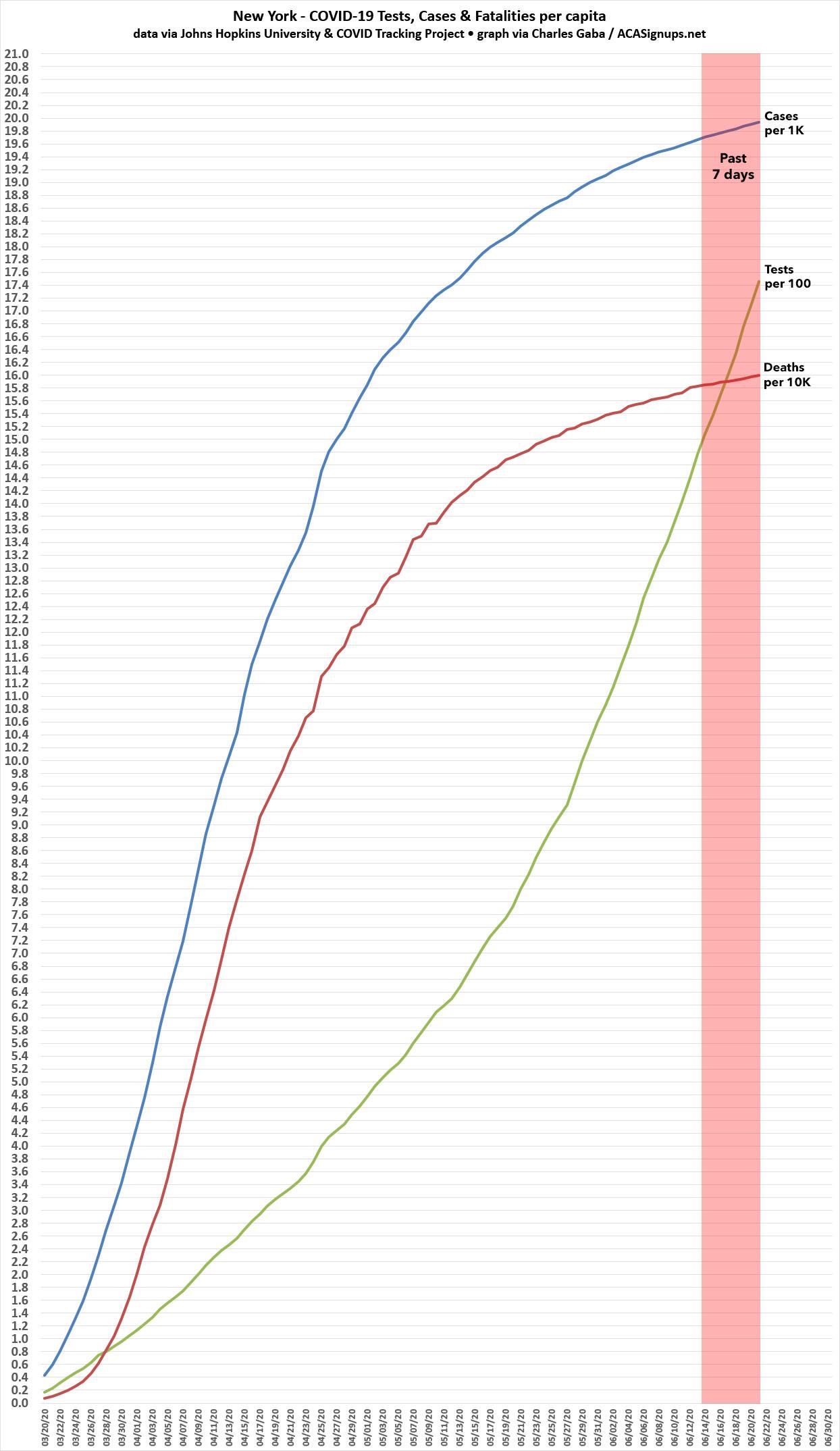 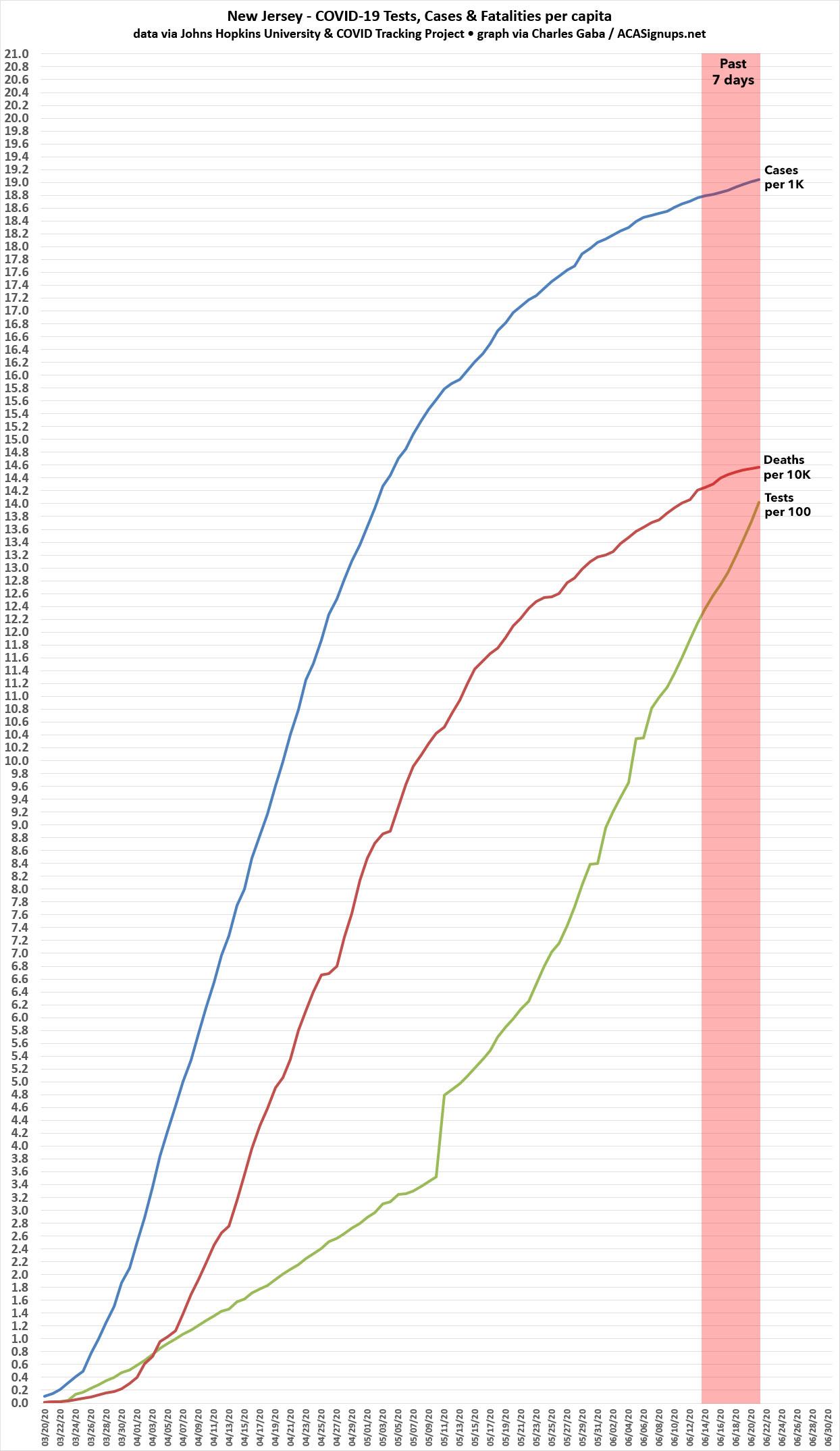 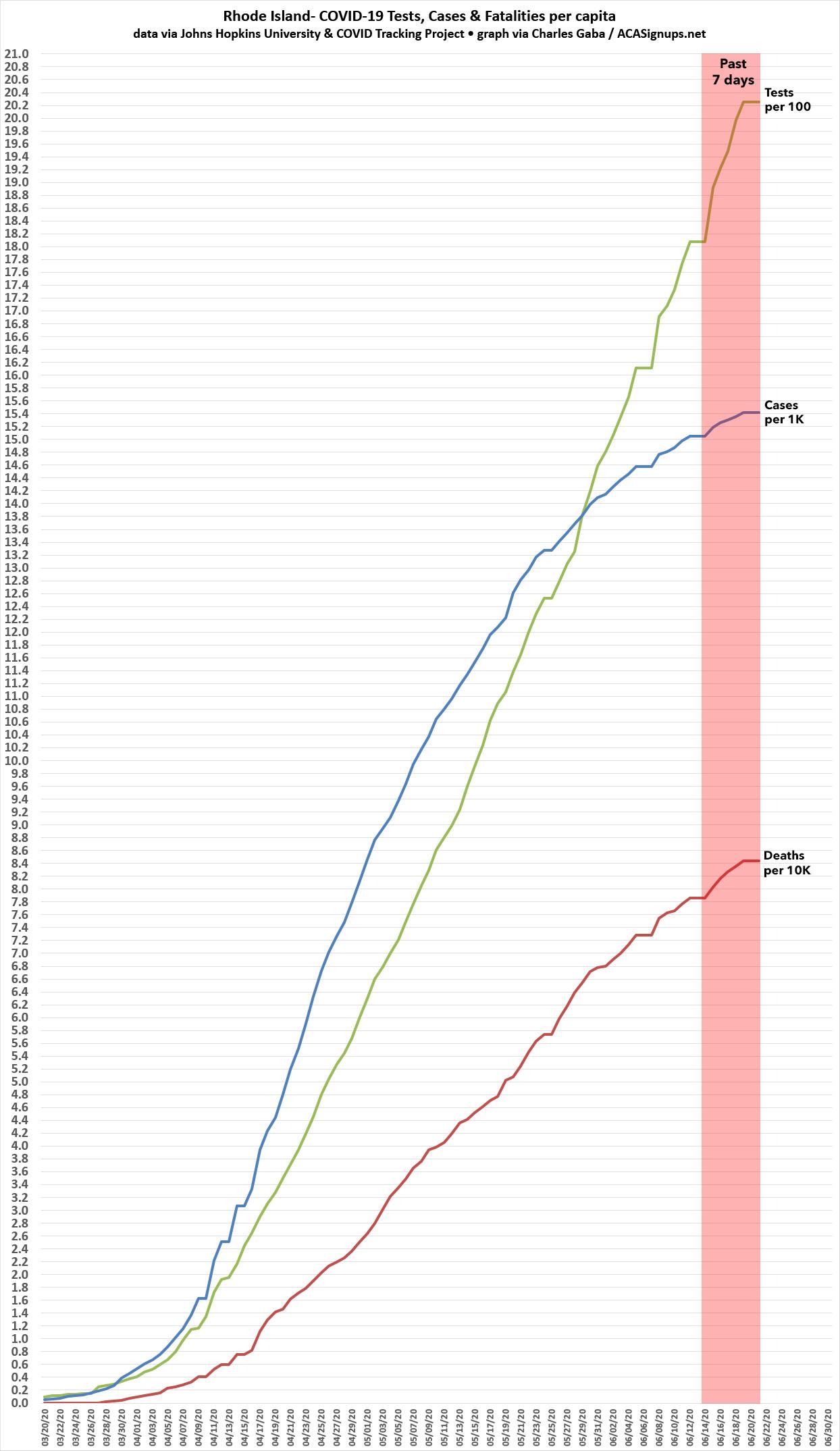 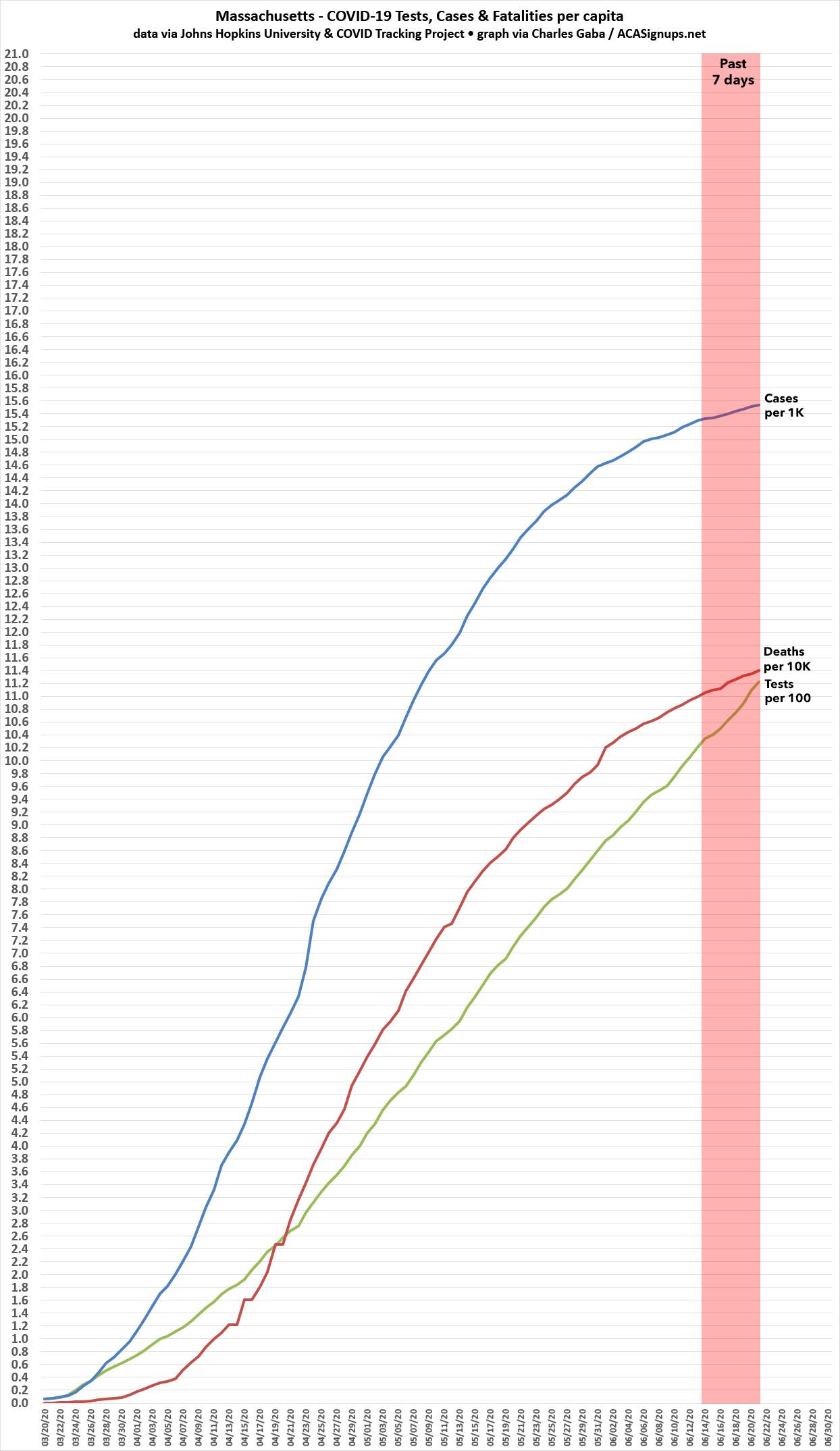 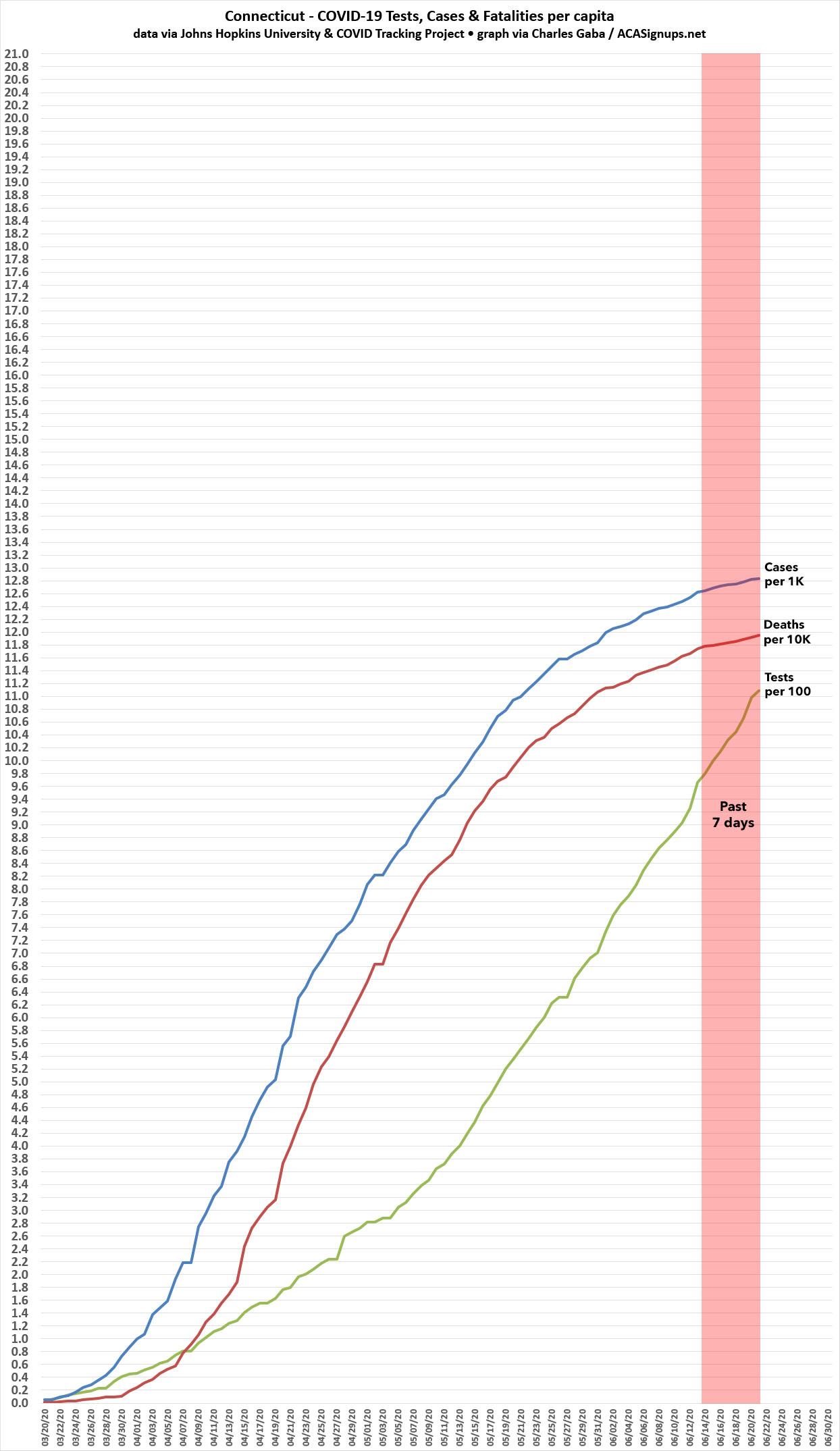 In all five cases, while new cases are still increasing at a noticeable rate, the testing has ramped up much more quickly over the past week or so than new cases have (although the ratio isn't as large as I'd hope to see in Massachusetts).

Next, let's look at the states which have seen the highest 7-day increases from 6/15 - 6/21: Florida, Texas, South Carolina, Oklahoma and Arizona: 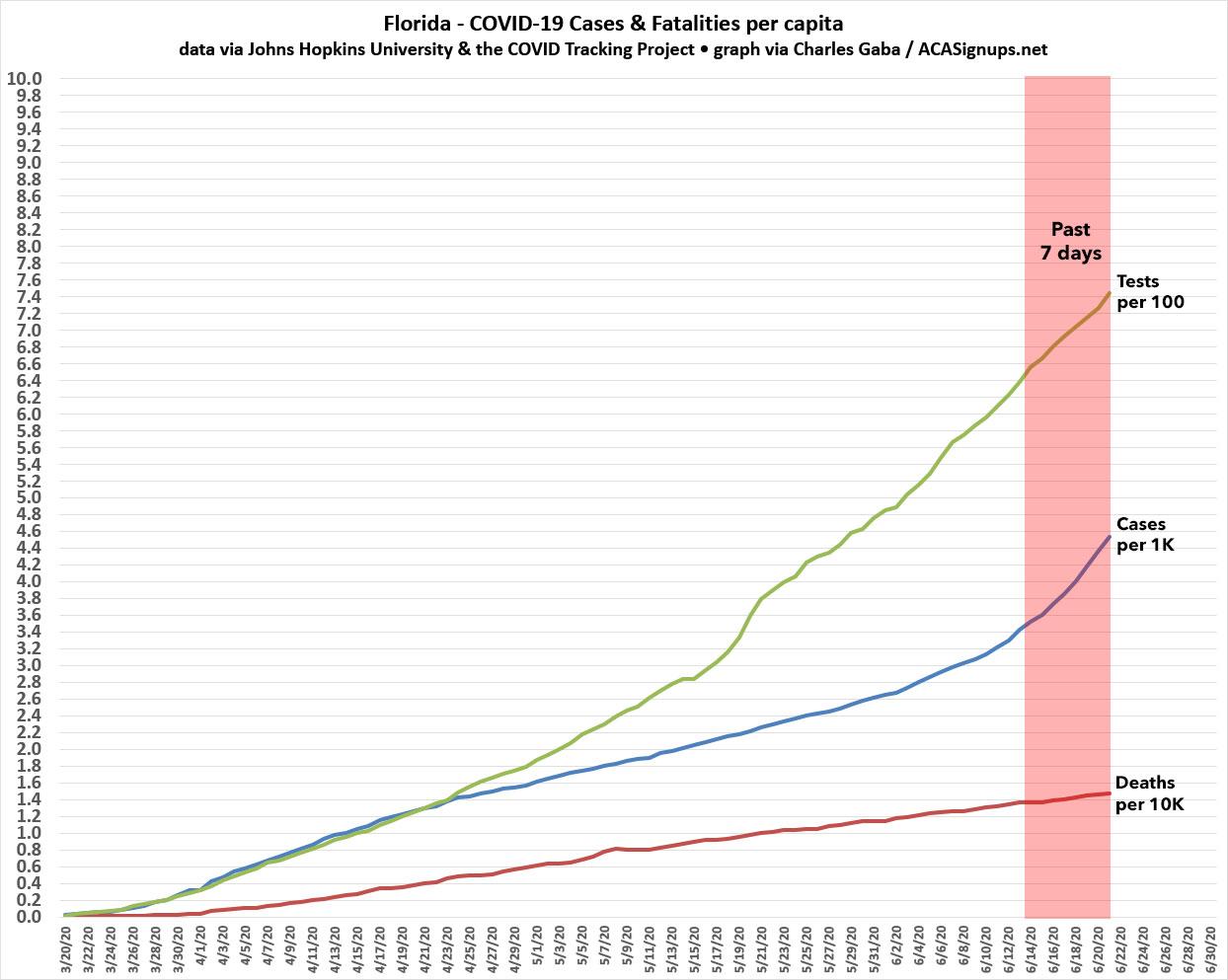 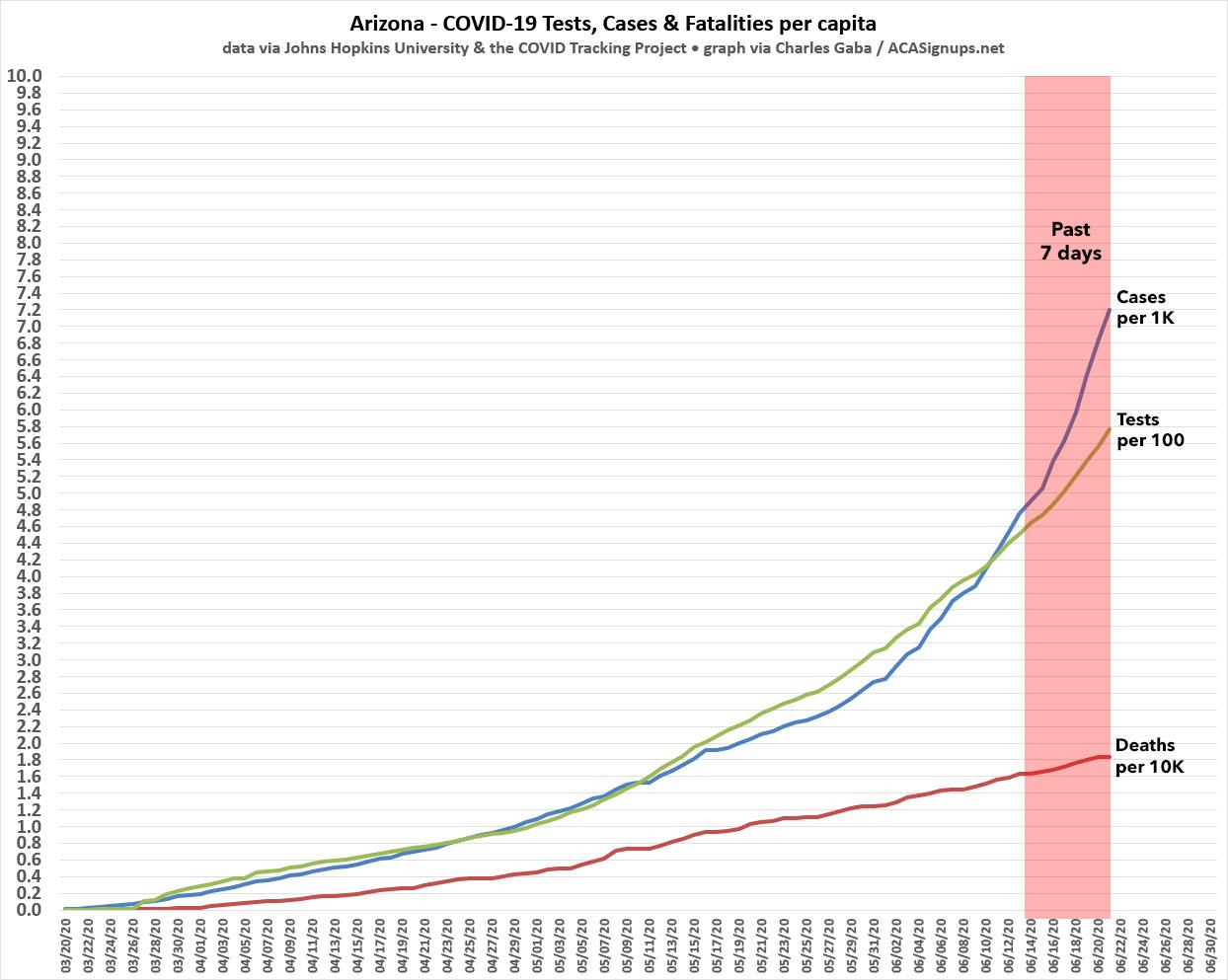 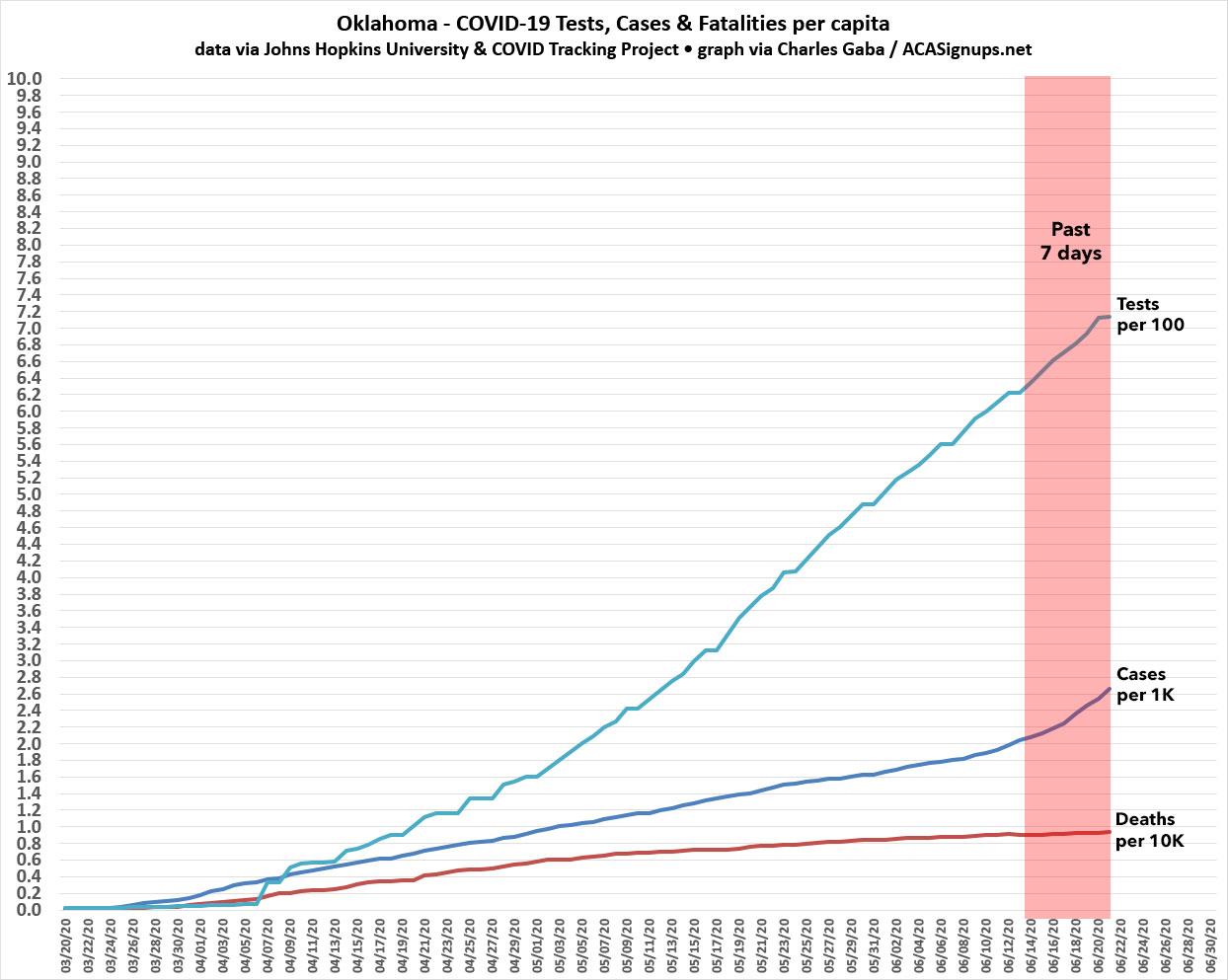 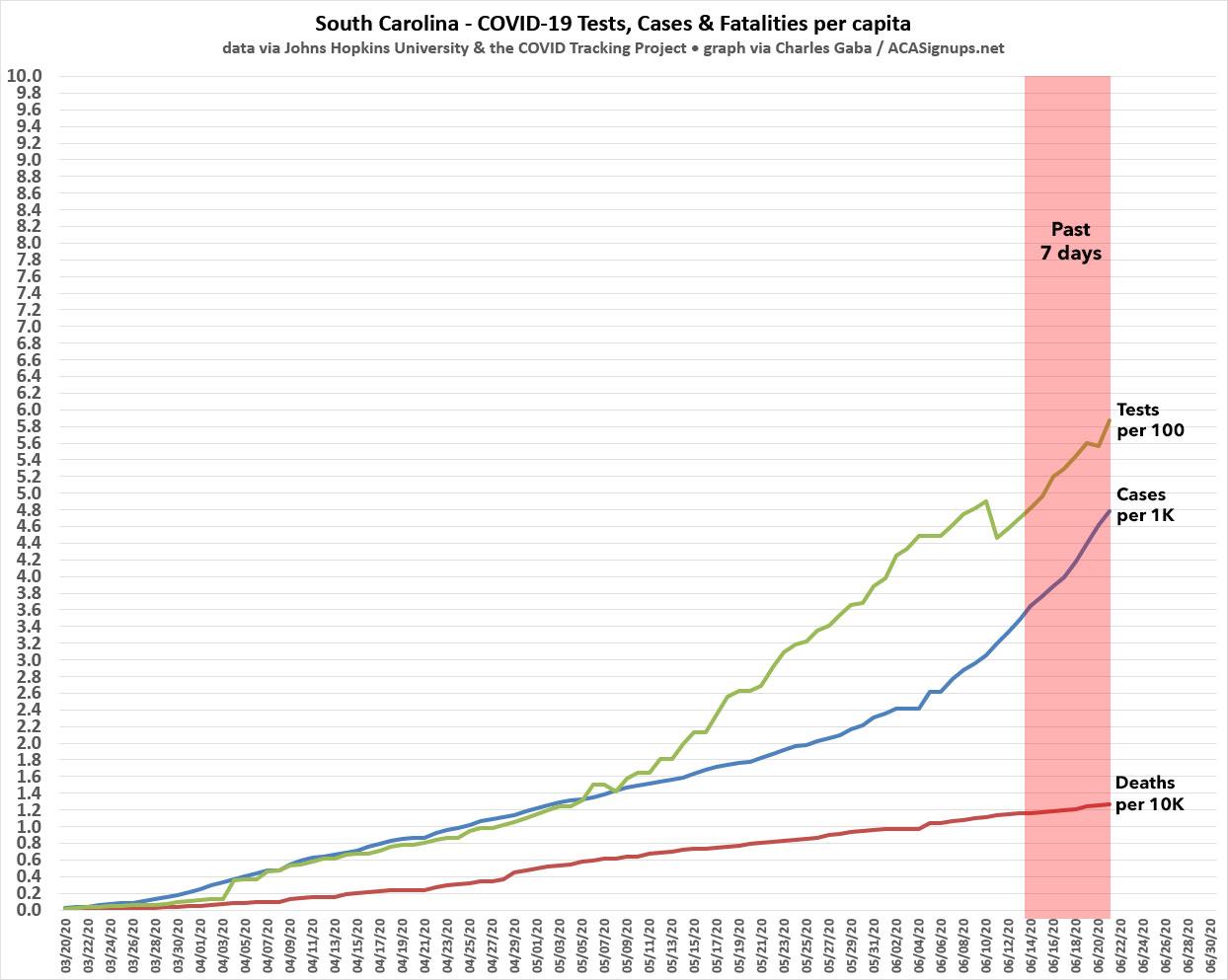 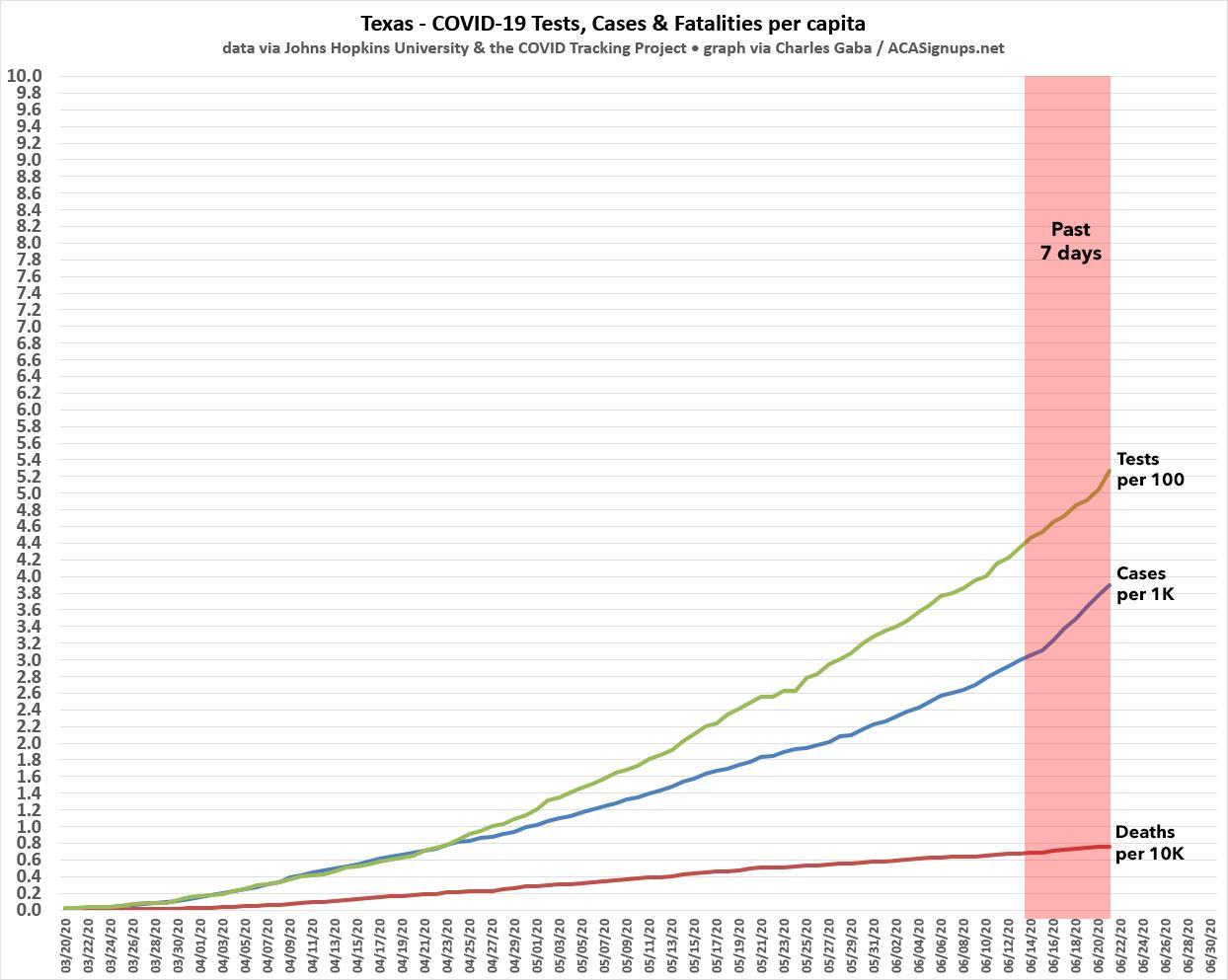 In Texas, Oklahoma and South Carolina, the two past-week trendlines aren't that far apart; the bulk of the new cases (but not all) are likely due to testing ramping up. In Florida, however, new cases are clearly starting to outpace the testing, and in Arizona, yikes.

I'll conclude with one more chart: My home state of Michigan, which was also hit hard early on, is a great example of flattening the curve: 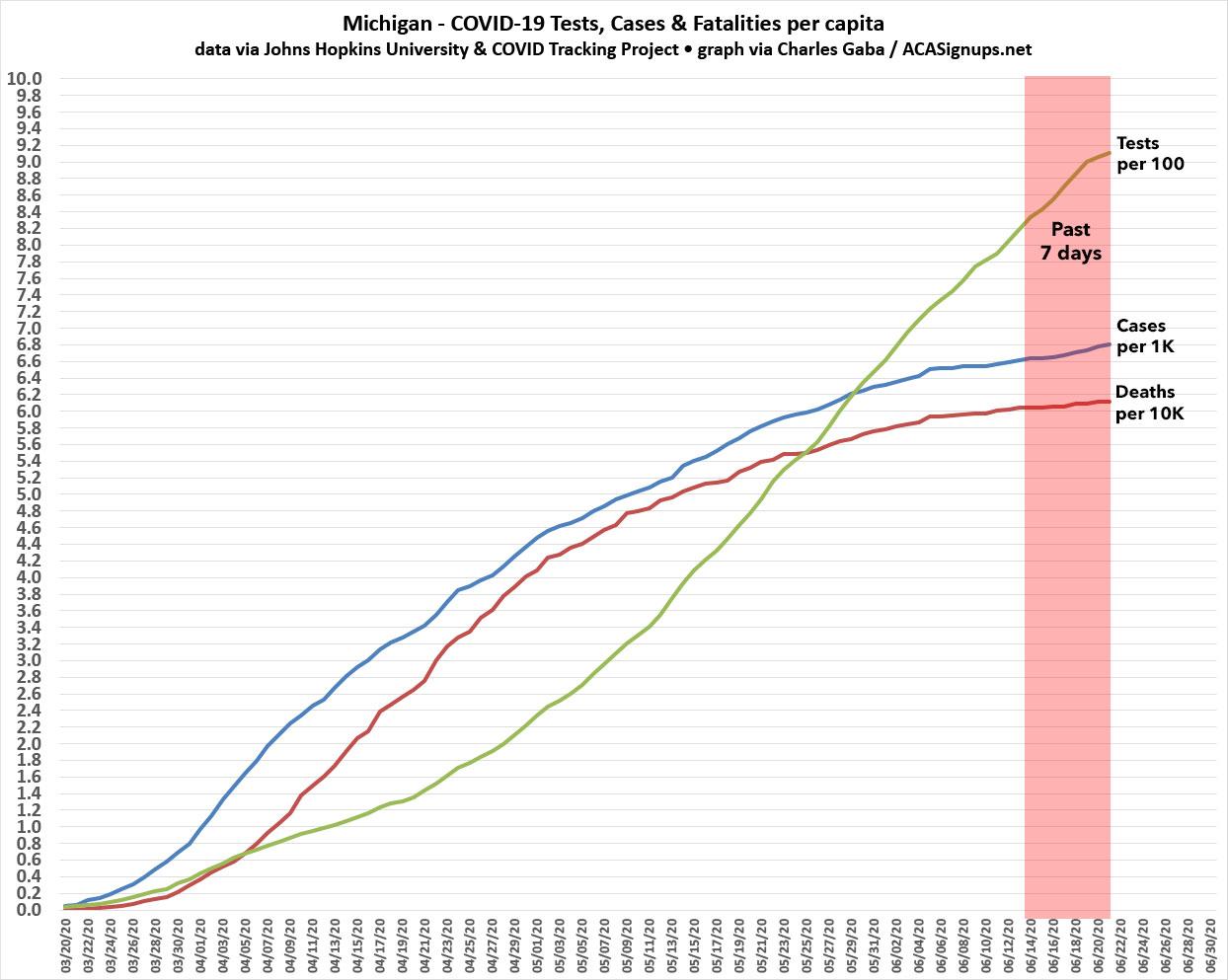