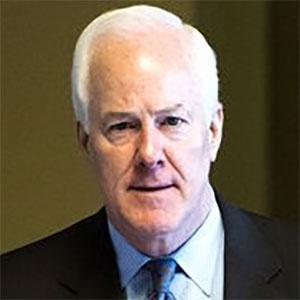 Note: I've been distracted by my county-level COVID19 tracking project for the past couple of weeks, so I'm posting a series of entries on various ACA/healthcare policy developments which I've missed along the way.

I've missed a lot of stuff while busy diving down the rabbit hole of my county-level COVID-19 spreadsheet tracking project. This happened last week so I guess it's old news by now, but it's still both a sign of the times as well as of how hypocritical so many Republicans are about the Affordable Care Act:

Sen. John Cornyn (R-Texas) sat down for an interview yesterday with PBS Austin's Judy Maggio, who raised concerns about "holes in the safety nets" affecting many Texans. Specifically, the host noted that as more people lose their jobs during the pandemic, they're also losing their health security. Maggio asked the Senate Republican about possible federal efforts for those who are now "wondering what they're going to do for health insurance."

"Well, the good news is that if you lose your employer-provided coverage, which covers about 180 million Americans, that is a significant life event, which makes you then eligible to sign up for the Affordable Care Act -- and as you know, it has a sliding scale of subsidies up to 400% of poverty. So that's an option for people.... [T]he good news is people can find, get coverage under the Affordable Care Act or via Medicaid based on their income."

Cornyn, of course, has voted repeatedly to repeal the ACA, opposes Medicaid expansion for his own home state of Texas, and supports the lawsuit filed by his own home state's attorney general, Ken Paxton,  which seeks to strike down the entire Affordable Care Act nationally.