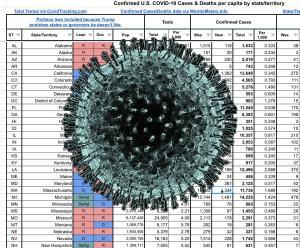 (*aside from the Northern Mariana Islands)