Grim COVID-19 Data: Nightly update of the sick and the dead. 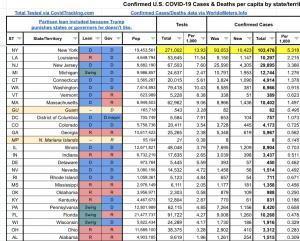