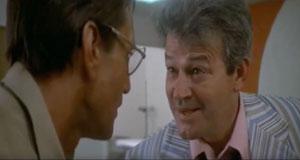 We’re all fixated on the Trump administration’s day-late-and-billions-of-dollars-short response to the increasing likelihood that coronavirus will cause a public-health crisis in the United States. But the fact remains that even if the government were fully prepared, many Americans will face another barrier to receiving care that will make the crisis worse.

That barrier is their wallet.

Medicare-for-all is usually presented as a moral argument: The United States is the richest country ever known; it is not right that we don’t guarantee access to easily affordable and accessible health care like every other First World country. But this situation is not simply immoral — it also leaves the United States at a major disadvantage when it comes to combating global pandemics.

This comes on top of New York Governor Andrew Cuomo's announcement yesterday that he's issuing some sort of executive order which will require insurance carriers statewide to pay for the cost of coronavirus testing with zero cost sharing on the part of the enrollees, as well as those enrolled in the state's Medicaid program (I have no idea what legal or financial mechanisms are involved with this).

While this is a good thing, it obviously leaves out some pretty large segments of the population, including those who are uninsured at all as well as those who are enrolled in self-insured employer policies, which are regulated federally via ERISA.

And then there's this from earlier this afternoon:

Truly stunning to hear some Republicans advocate for free Coronavirus testing and treatment for the uninsured.

Rep. Ted Yoho (R-Fla.), one of the most anti-ACA members: “You can look at it as socialized medicine, but in the face of an outbreak, a pandemic, what’s your options?”

Once again: Comprehensive universal healthcare coverage doesn't have to be in the form of the "pure" single payer structure that Bernie Sanders and other progressive advocates are demanding (personally, I'd imagine the German or Swiss systems would be a better fit for the U.S., though I'm at heart a single payer guy myself)...but this pandemic sure as hell underscores the need for a vastly expanded public healthcare system of some sort. Democrats are involved in a heated debate over what form that system should take, but they all agree on the basic principles.

Meanwhile, someone might want to remind Rep. Yoho that it's his party (from state attorneys general all the way up to President Trump) which is, even as I'm typing this, backing a lawsuit which would strip away the Affordable Care Act.

After all, he and his wife apparently have three children on that beach, too.

UPDATE 3/9/20: Welp. This may actually spur some action on the GOP side...at least for themselves, anyway:

Sen. Ted Cruz, Rep. Paul Gosar are self-quarantining after interacting with person who tested positive for coronavirus at CPAC

WASHINGTON — Sen. Ted Cruz and Rep. Paul Gosar on Sunday said they would self-quarantine after interacting with a person at a conservative conference who has tested positive for the coronavirus — making the pair the first known members of Congress to have possibly come into contact with the rapidly spreading virus.

This afternoon, I was notified by CPAC that they discovered a photo of myself and the patient who has tested positive for #COVID19.

While I am not experiencing any symptoms, I have decided to self-quarantine out of an abundance of caution.

That's a Republican U.S. Senator and two Republican U.S. Congressmen who are now "self-quarantining" after potentially being infected by someone they hung out with at CPAC.

Of course, they have top-notch healthcare plans and cushy, high-paying jobs with lots of benefits, so they can afford to take a few weeks of paid sick leave. Most people can't.