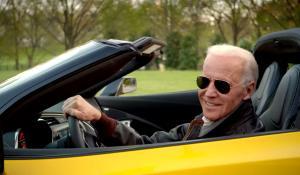 She started to lose me, however, when she uttered the words “I’m with Bernie on Medicare for All” in June..not just because of the vision of that soundbite being replayed endlessly in general election attack ads, but because of the poor judgment I felt it showed in tying herself at the hip with Bernie.

I eventually shifted to Kamala Harris...but she dropped out. Meanwhile, after five months of sticking to her “I’m with Bernie” guns, Warren finally tried to break free of the Bernie Vortex last November with her impressive (if still far too time-constrained) “2-Step Transition Plan” for achieving M4All.

Shortly after that, Harris dropped out, and I shifted back to supporting Warren...but the zeal I had felt in the first half of the year just wasn’t there anymore. I was back in her camp...but only sort of. Rightly or wrongly, my personal support strength was more like ~60% vs. ~90%.

By last month, with the field narrowed and a lot of other developments having happened, I simply wanted a healthy debate between the “moderate” and “progressive” wings of the Democratic Party. I was hoping that would be between Joe Biden and Elizabeth Warren. If those were the only two candidates left, I’d have voted for Warren...but would have been comfortable with Biden if he took the nomination as well.

Instead, as of this morning, it looks like it’s going to be between Joe Biden...and Bernie Sanders. I simply don’t see Warren having a path forward to the nomination unless she’s the compromise choice of a brokered convention (and if that happens, all bets are off).

With that in mind, I’m formally endorsing Joe Biden for the 2020 Democratic nomination for President of the United States.

Biden has a lot of issues himself, of course, but he’s a good and decent man who’s been a dedicated public servant for decades. He’s not terribly exciting...but after the past three years, there’s an awful lot of people who don’t want any more “excitement”. Many of us want someone to stabilize the government and right the ship while also moving it forward...not to sink the ship with the promise of a faster speedboat waiting to rescue us before we all drown.

More to the point, Biden won’t scare the living crap out of Independents and moderate Republicans who loathe Trump (yes, there’s still some left out there). Biden understands that without a Democratically-controlled House and Senate, no Democratic President’s agenda is going anywhere.

Furthermore, while every campaign has some childish or offensive supporters, Biden knows not to hire some of the worst of them to speak on his behalf.

As for his healthcare plan specifically, it’s actually...pretty damned good...and in fact about 2/3 of it strongly resembles Elizabeth Warren’s own “Consumer Health Insurance Protection Act (CHIPA)”...aka ACA 2.0. Tack on a Medicare-style Public Option, add auto-enrollment of those caught in the Medicaid Gap, add allowing Medicare to negotiate prices for prescription drugs and there you go.

My friend and colleague Andrew Sprung noted that Biden’s plan, overall, is more of a cross between “ACA 2.0” and “Medicare for America”...and seeing how my own preference would be to pass the former in the short term and the latter for the long term, that’s perfectly fine with me. Frankly, the theoretical bill which ended up actually passing both the House and Senate would likely look pretty similar regardless of which Democratic President was being asked to sign it anyway.

To be clear: If Bernie Sanders ends up as the Democratic nominee, I’ll vote for him in November and urge others to do so as well because the alternative—a 2nd Trump term—is simply unthinkable.

In the primary, however, I’m voting for Joe Biden here in Michigan, and I hope others will as well: