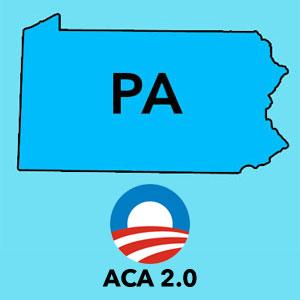 PA-07 includes all of Lehigh County and Northampton County as well as parts of Monroe County. This swing district is represented by freshman Democrat Susan Wild, who lives in South Whitehall Township near Allentown. 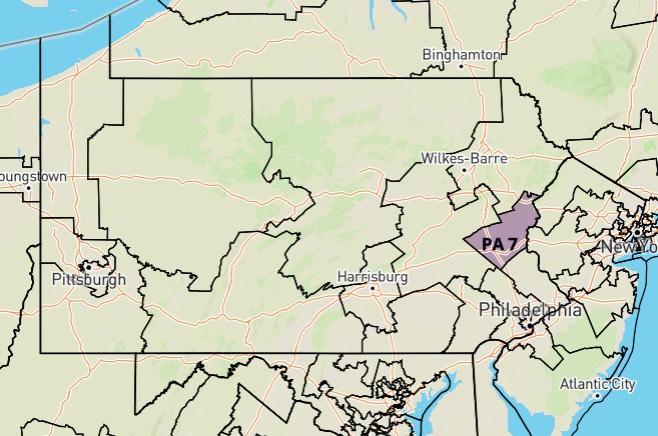 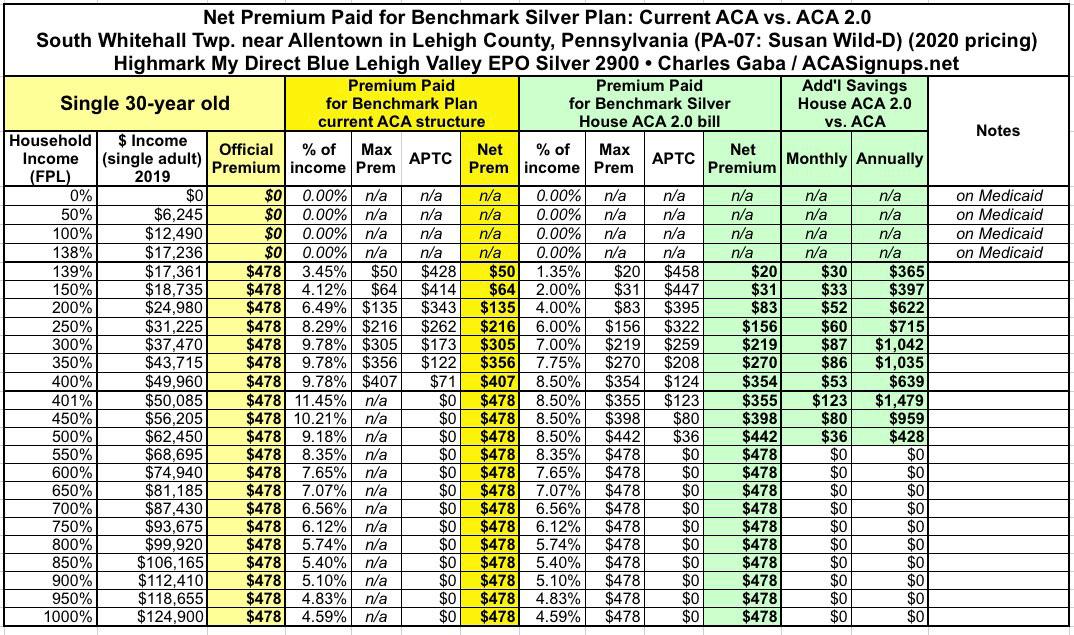 Without any subsidies, this young adult would be paying $478/month regardless of his or her income. Under the current ACA subsidy formula, they qualify for Medicaid up to an income of a little over $17,000/year. Over that their monthly premiums start at $50/mo, then gradually increase to the full $478/mo. Currently, they hit the 400% FPL subsidy cliff, seeing their premiums jump by $71/month the moment they break 400% FPL. Under ACA 2.0, if they earn between $50K - $60K/year, they'd save up to $123/mo or $1,479/yr! 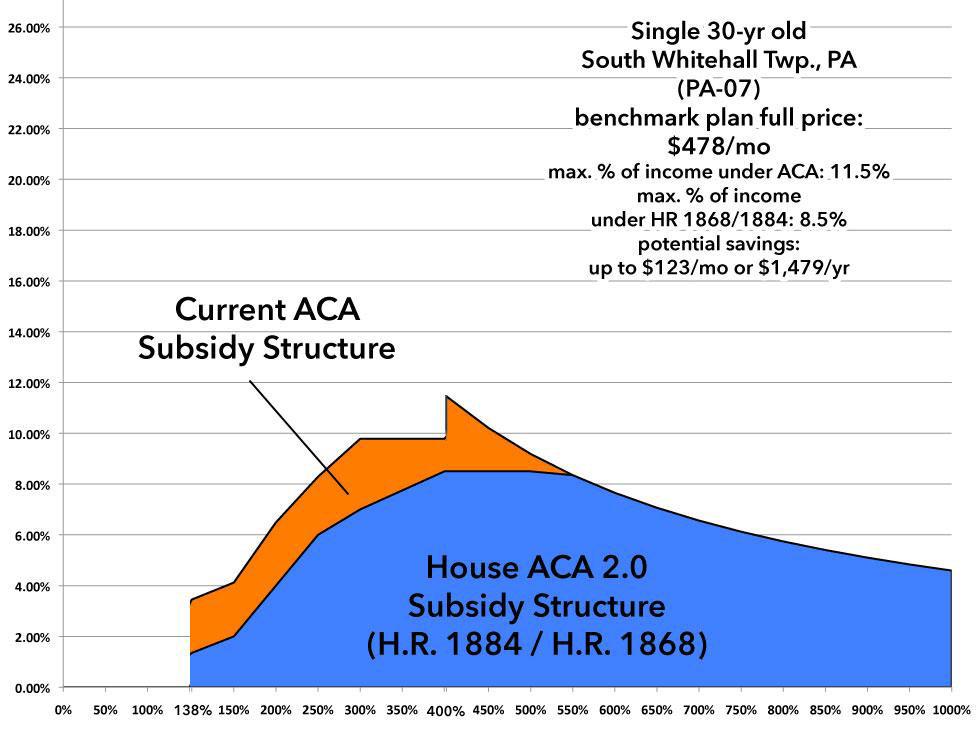 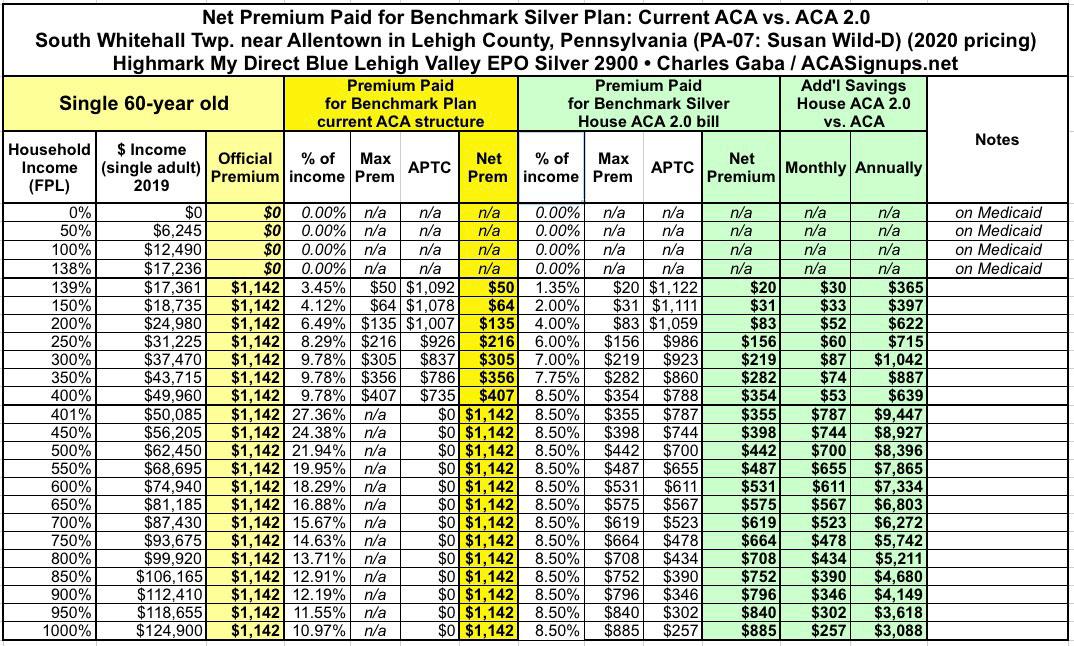 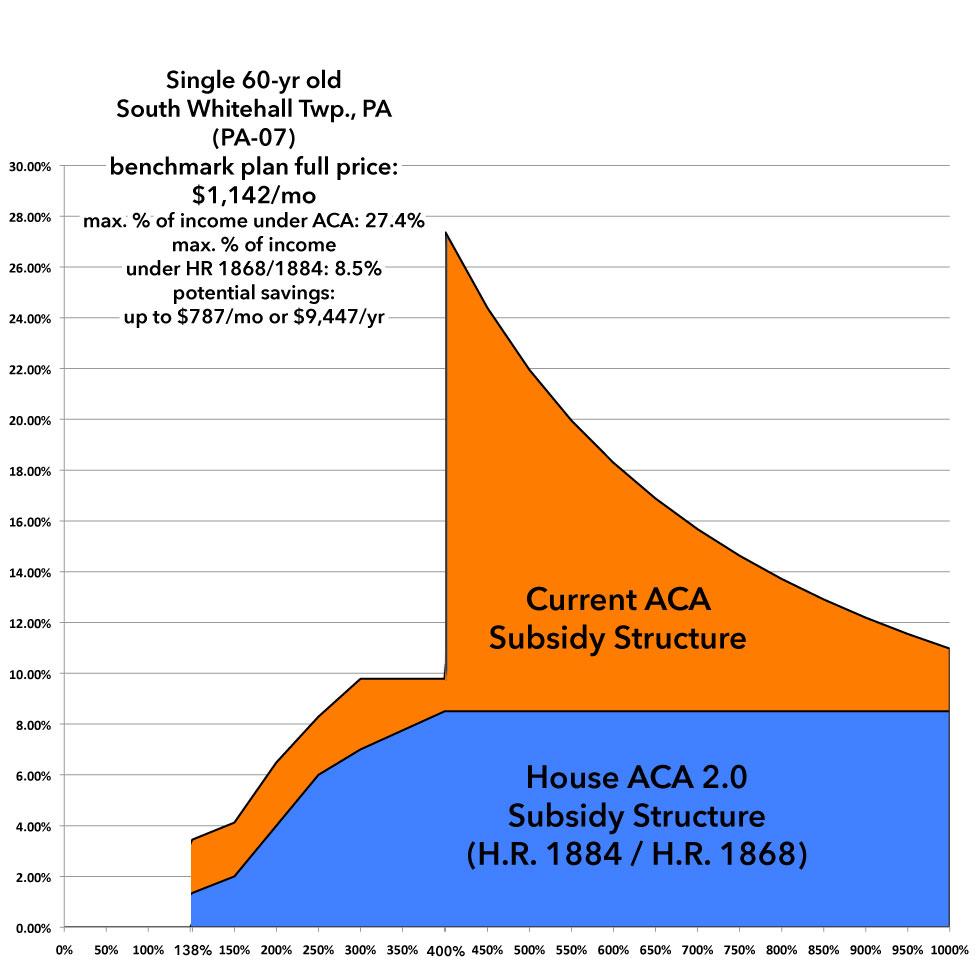 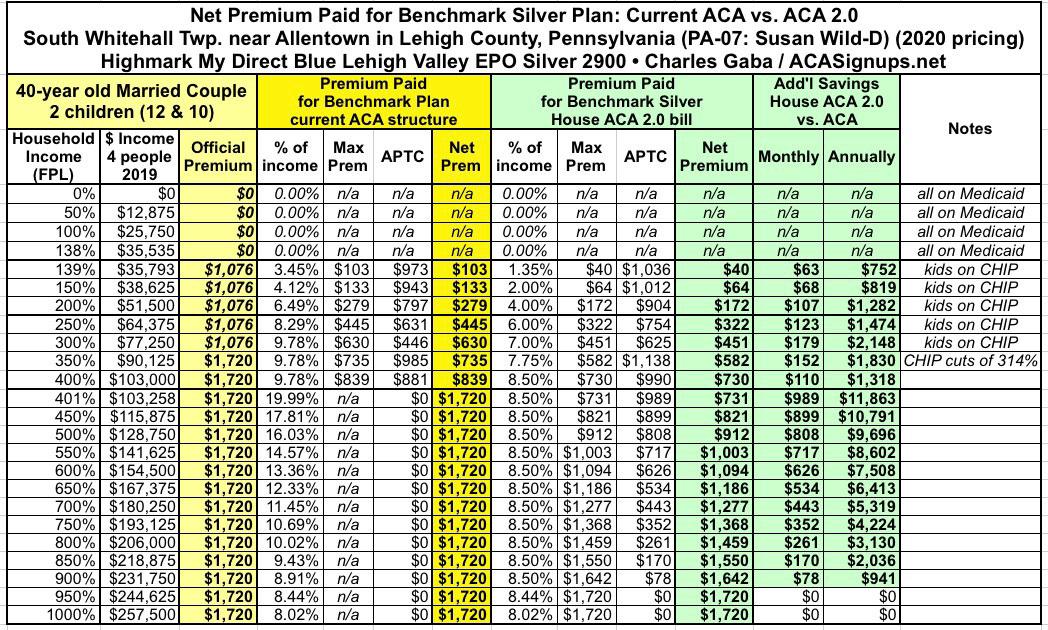 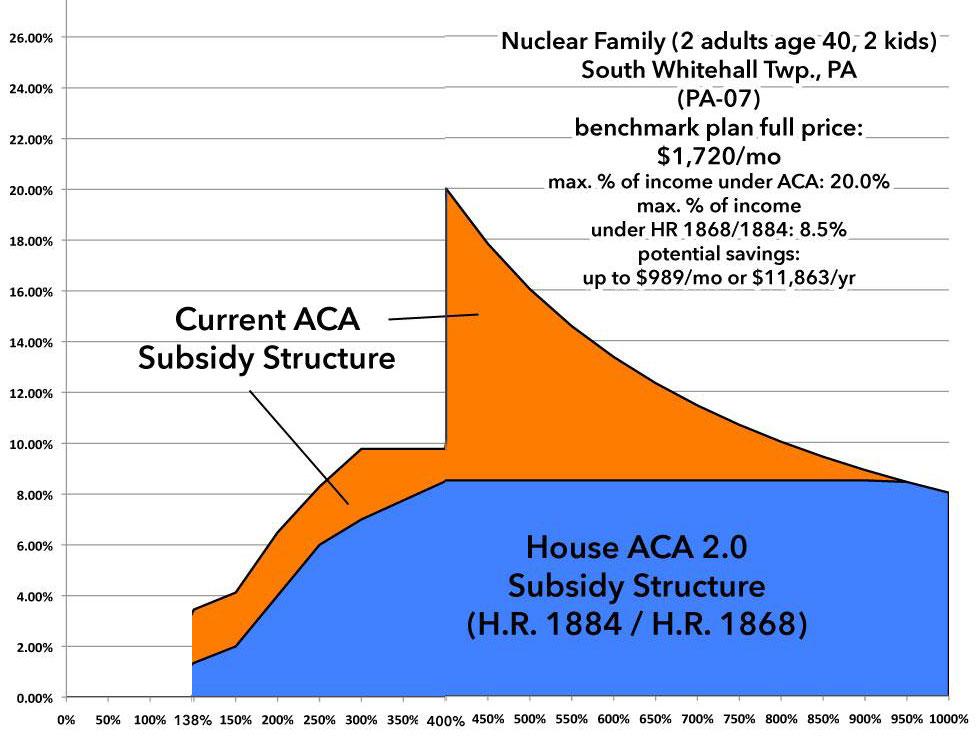 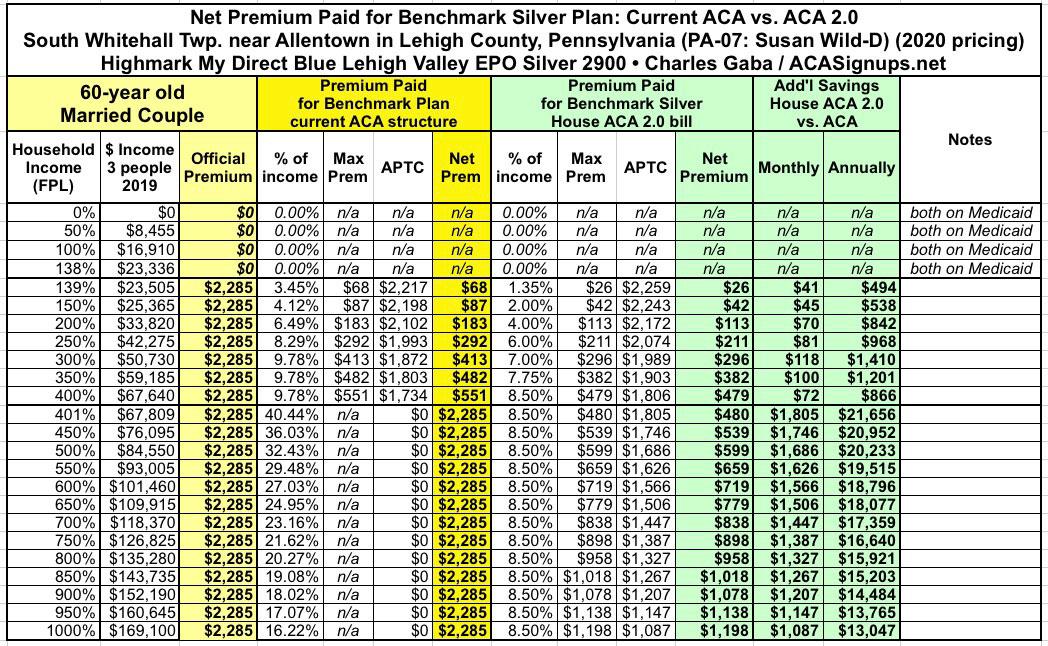 Under the current ACA formula, if they earn between $68,000 and, say, $140,000/year, this couple is almost certainly not going to buy any ACA plan unless one of them has extremely expensive conditions...at full price they'd have to pay as much as an absurd 40% of their income in premiums alone. The Subsidy Cliff is now a Subsidy Chasm which literally runs right off the chart (see below). 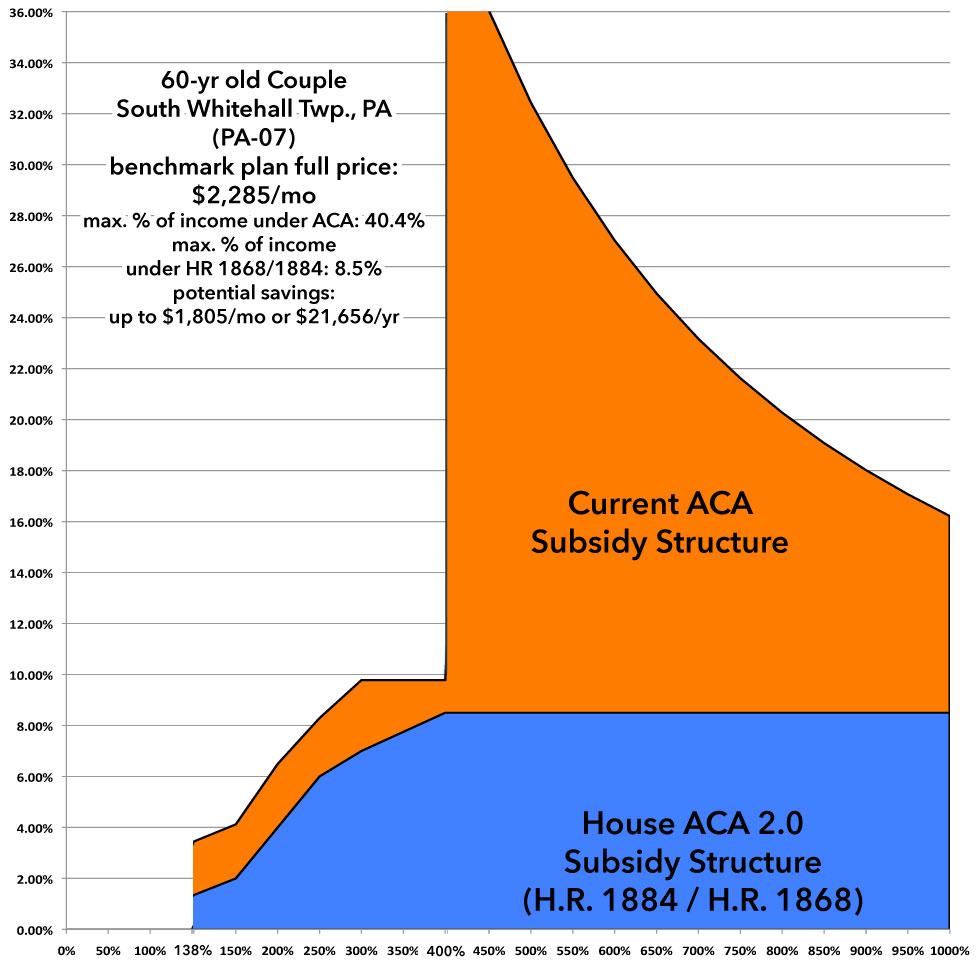