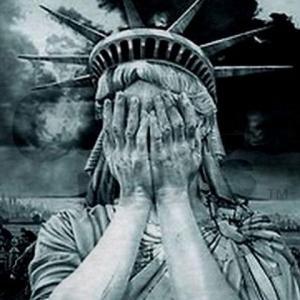 (I have no idea who created this image...I'll give credit if someone can point me towards the artist)

I'm a bit embarrassed to admit that I don't seem to have written much about the Trump Administration's repulsive proposed "public charge" policy over the past year or so. Here's a general overview from last fall via Nicole Narea of Vox:

The US has been able to reject prospective immigrants who are likely to become a “public charge” — dependent on the government for support — since 1882, but since World War II, few immigrants were turned away using that criteria. In 1999, the Clinton administration issued guidance that said only cash benefits, which very few immigrants use, would be considered in making the determination.

The Trump administration sought to define “public charge” much more broadly, giving immigration officials at US Citizenship and Immigration Services and US Customs and Border Protection a laundry list of factors to consider. And it would allow individual immigration officials to implement this complicated, 217-page regulation as they see fit.

The rule would give individual, low-level officials much more vetting power than they have now, and inject a lot of uncertainty into the green card process. It could have a significant impact on who is allowed to enter and remain in the US as a lawful permanent resident.

If the "since World War II" wording caught your eye, there's a reason. Via Richard Breitman of Time:

Congress had long ago established annual immigration quotas that discriminated against certain national origins, but White House officials considered even these quotas to be too generous. They brandished an obscure provision of immigration law that excluded visa applicants “likely to become public charges.” A new and stricter interpretation of the public charge provision could effectively reduce the quotas by as much as 90%. Advocates for immigration denounced the move as bad policy and as an overreach of executive authority, but most Americans seemed too preoccupied with their own problems to demand a change.

The president who announced this policy was not Donald Trump but Herbert Hoover, in 1930, after the start of the Great Depression. Hitler would come to power less than three years later. Raymond Geist, the U.S. consul in Berlin charged with applying immigration policy in Germany during much of the 1930s, saw firsthand the destruction the policy caused. The Nazis prohibited most German Jews from taking substantial assets out of the country, which meant they would be potential public charges unless they had close relatives in the U.S. with ample resources. As a result, American consuls rejected the applications of tens of thousands of people who could have made fine American citizens, thus trapping them in the escalating Nazi persecution.

It's no coincidence that the Trump Administration is using the exact same tactics to prevent thousands of people fleeing persecution and violence in their home country from entering the United States now.

A narrowly divided Supreme Court on Monday allowed the Trump administration to begin enforcing a rule making it harder for poor immigrants to gain green cards.

The justices in a 5-4 vote along ideological lines said they would let the controversial immigration rules go forward even as lower courts wrestle with multiple legal challenges against them.

The policy in question would expand the government's ability to refuse green cards or visas for legal immigrants determined to be a "public charge," or dependent on public assistance. Those using or likely to use Medicaid, food stamps and other safety net programs would face greater scrutiny from immigration officials.

The rules were pushed by White House senior adviser Stephen Miller and represent one of Trump’s strongest efforts to restrict legal immigration.

Yes, that's right. Stephen fucking Miller, the definition of a kapo. A shanda.

The lower court challenges will continue and SCOTUS may end up putting the kibosh on the changes after all, but to a certain extent it doesn't matter, as much of the damage is already done, as noted last fall:

“Unfortunately, I think a lot of the damage has already been done through the rhetoric and the media cycles around the various proposals,” Quinn said. “The erratic policymaking of this administration means that many are afraid of hanging their hat on any legal outcomes that comes out of the litigation or even the fact that the rule isn’t yet in effect.”

DHS’s cost-benefit analysis of the rule is premised on the fact that many people will unnecessarily unenroll from public benefits or refrain from enrolling from such programs in the future, Rand said. The economic gains the department cited in its analysis are almost entirely attributable to the anticipated reduction in “transfer payments,” or government payments to public benefits recipients.

“In other words, the ‘chilling effect’ isn’t a second-order consequence of the rule; according to DHS, it’s practically the only thing that makes the rule economically beneficial,” Rand said.

Friday’s district court rulings argue that the public charge rule conflicts with how federal immigration law has been interpreted for two decades and appears to ignore the tens of thousands of public comments that opposed it.

“Defendants do not articulate why they are changing the public charge definition, why this new definition is needed now, or why the definition set forth in the Rule—which has absolutely no support in the history of U.S. immigration law—is reasonable,” Judge Daniels wrote in his opinion.

I should also note that there's a particularly infuriating Catch-22 when it comes to the ACA exchange market, as noted by the Kaiser Family Foundation's Larry Levitt in this Politico article about the rule from last year:

The required insurance can be provided by an employer or be purchased individually, and it can be for catastrophic or short-term coverage. However, immigrants would not be able to obtain a visa if they use the Affordable Care Act's subsidies when purchasing coverage. The ACA's subsidies, paid for by the federal government, typically help shoppers save hundreds or thousands of dollars per year when buying health insurance.

Immigrants on Medicaid coverage also would not qualify under Trump's proclamation.

Unfortunately, by a 5-4 decision, the Supreme Court decided to ignore all that and clamp down on refugees anyway.

So much for "Give me your tired, your poor, your huddled masses yearning to breathe free."