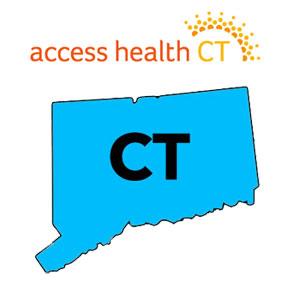 The calculation doesn’t include the last day of open enrollment, but Access Health officials reported Thursday that enrollment was down 2.7% in 2020.

An estimated 106,376 Connecticut residents enrolled with either ConnectiCare or Anthem Health Plans. That’s fewer than the estimated 111,066 who signed up for coverage last year.

It was the fourth year in a row that there was a drop in customers qualifying for federal tax credits to off-set the cost of the monthly premiums. An estimated 69% of those who enrolled this year are eligible for a subsidy. That’s a drop from 78% in 2016.

“The economy is improving and one can assume that increasing incomes is putting folks above the 400% of the federal poverty level,” Rob Blundo, director of technical operations and analytics for Access Health CT, told board members Thursday.

...The median unsubsidized monthly premium increased about $65 a month.

Blundo was asked if the elimination of the individual mandate penalty had any impact, but he said he didn’t have any data.

There’s also a chance that enrollment will go down in 2020 because about 20% of customers still need to make their first premium payment. There’s another group of individuals who still need to verify their income or immigration status. Access Health officials said there are still 14,000 households who need to submit their documents to the exchange for verification.

The 20% figure is a bit high but not too bad as they still have some time to do so...generally around 90% of enrollees pay their first premium. The 14,000 households without verification data sounds pretty high, though--assuming 1.5 people per household, that's also nearly 20% of all enrollees. Huh.

Meanwhile, Medicaid was up 7% by 50,717 individuals. That’s likely due to the increase in the income limit for low-income adults with children.

Apparently Connecticut is also looking to jump onboard the reinsurance train:

...The state...would likely have to contribute $15 to $20 million a year to help lower premiums on the exchange.

...other states have found reinsurance programs help provide direct savings to unsubsidized people and increase rates for those who are subsidized.

Yep, while I support reinsurance programs overall, one big downside is that they tend to pit subsidized enrollees vs. unsubsidized. Direct subsidies are a better move (as California is doing), but they also mean you lose the leverage of additional federal funding.