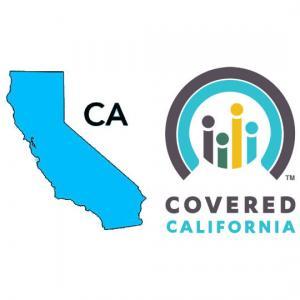 So what's going on here? Well, my guess is that this is almost entirely a matter of awareness.

I'd be willing to bet that there are hundreds of thousands of middle-class Californians who did check out CoveredCA.com in the past, plugged in their income information, were disappointed to discover that they didn't qualify for financial help, haven't bothered checking again, and are now likely to tune out CoveredCA advertising, assuming that it doesn't apply to them.

This means that CoveredCA is going to have to make a concentrated effort (above and beyond what they're already doing) to get the word out to middle-class Californians that they ARE NOW ELIGIBLE for potentially MASSIVE subsidies...as much as $8,700 or more for single adults, or up to $18,000 or more for older couples.

Then, just a few hours later, my concerns about the second change (reinstatement of the mandate penalty) were also partly confirmed by this press release:

SACRAMENTO, Calif. — While a federal court ruling last week leaves the federal individual mandate in legal limbo, Californians are reminded that a state law will take effect on Jan. 1 requiring all Californians to have health insurance.

“Open enrollment is underway right now. That means now is the time to sign up for a quality health plan through Covered California so you are protected in case you get sick or injured, and so you do not have to worry about a possible penalty,” said Covered California Executive Director Peter V. Lee. “Writing a check to the Franchise Tax Board when you file your 2020 taxes isn’t the real penalty — it’s getting hurt or ill and ending up with $50,000 hospital bill.”

California created a new state individual mandate penalty that is similar to the Patient Protection and Affordable Care Act’s penalty. It will be administered by the Franchise Tax Board (FTB) and collected when people file their 2020 taxes starting in 2021.

“It’s important that everyone acts now to get health insurance starting in January 2020 to avoid the penalty when filing state tax returns in 2021,” said FTB Executive Officer Selvi Stanislaus.

For those facing a penalty, a family of four would pay at least $2,000, and potentially more, for not having health insurance throughout 2020.

The return of the penalty was an important element in Covered California’s record-low rate change of 0.8 percent in 2020, meaning consumers have already benefited from the new policy.

Well, today Covered California has issued a new press release which explicitly confirms the awareness problem regarding the mandate penalty:

With New Research Showing Californians Are Still Unaware of a Penalty for Going Without Health Coverage, Franchise Tax Board Chair Betty T. Yee and Covered California Urge Californians to Get Covered Right Away

SACRAMENTO, Calif. — Covered California Executive Director Peter V. Lee and State Controller and Franchise Tax Board Chair Betty T. Yee urged Californians on Thursday to get health coverage to avoid paying the new penalty now in effect for 2020. Their urging comes as new research released by Covered California shows that many still do not know about the law that took effect on Jan. 1.

The research also shows that many of those without health coverage do not know there is more financial help than ever before to buy health insurance, including new help for middle-income Californians.

“We all have work to do to make sure people in California know that if they can afford health insurance, they have to buy it this year or they will face a penalty next year,” said Covered California Executive Director Peter V. Lee. “Open enrollment is underway, and there’s more help than ever before. Now is the time to enroll to avoid the penalty and ensure you have the coverage you need.”

Controller Yee, who joined Lee at Thursday’s press conference, said taxpayers need to be aware of the penalty, known as the Individual Shared Responsibility Penalty, so they can take steps to avoid it when they file their taxes next year.

“I encourage everyone to secure qualifying health care coverage as soon as possible so they are not surprised with a state penalty when filing 2020 state tax returns in 2021,” Yee said. “There are lots of ways to get coverage, including through Covered California, where open enrollment continues through Jan. 31, and I urge you to look at all the options to get coverage as soon as you can.”

For those facing a penalty, a family of four could pay at least $2,000 for not having health insurance. Controller Yee said there is an estimator on the Franchise Tax Board website to assist consumers in understanding what they could pay. In addition, Covered California and Franchise Tax Board have developed a fact sheetwith more information about the penalty.

For 2020, Gov. Newsom and the state Legislature are making new financial help available to eligible consumers to help further lower the cost of their coverage. More than 500,000 Californians have already qualified for the new subsidies.

A market research report released by Covered California, “Californians’ Understanding of the Mandate to Have Health Coverage and the Awareness of Financial Help,”was conducted by Greenberg Brand Strategy from Dec. 6 to 18, 2019.

With research showing that most of the uninsured have not checked to see if they are eligible for financial help, Lee encouraged Californians to look into it.

“You can find out in just a few minutes whether you are eligible for financial help from the federal government, the state, or both,” Lee said. “Do not leave money on the table; do not put yourself at risk if you get sick or ill; do not get stuck with a big bill when you pay your taxes in 2021.”

Lee said the population of the uninsured changes every year: With new people turning 26, moving to the state or leaving employer-based coverage to work on their own, there is a new group of Californians to inform every year. That group now includes people with higher incomes who qualify for financial help for the first time.

“California made a commitment to encourage more people to get covered through the penalty and by making that coverage more affordable through new financial help,” Lee said. “Together the penalty and new subsidies are powerful tools to making sure that Californians follow the law and sign up for a health insurance plan that will protect them and their family. We want to make sure they know about it.”

Covered California’s open-enrollment period runs through Jan. 31. Consumers can easily find out if they are eligible for financial help and see which plans are available in their area by entering their ZIP code, household income and the ages of those who need coverage into Covered California’s Shop and Compare Tool.

Those interested in learning more about their coverage options can: