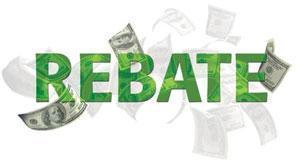 Believe me, I was certain that I had finally gotten this year's Medical Loss Ratio (MLR) rebate project out of my system. I really was.

However, there was one other MLR-related issue which I've wondered about for years: The ACA requires that carriers who sell policies in the Individual and Small Group markets spend at least 80% of the premium revenue on actual medical claims (limiting them to a 20% gross margin), and 85% on the Large Group market (limiting them to 15% gross).

That accounts for around 165 million people, give or take...roughly 50% of the total U.S. population...but what about the other private (or at least semi-private) insurance markets? I'm referring, of course, to privately-administered Medicare and Medicaid plans...aka Medicare Advantage and Managed Care Organizations (MCOs).

That's another 76 million people...or around 23% of the total U.S. population...who are enrolled in privately-administered public healthcare coverage programs.

Well, guess what? I can't believe I didn't know this after all these years, but:

The ACA implemented MLR rules for Medicare Advantage and Part D too (85%): https://t.co/aI48JWpXLj

It's 85% for MCOs as well, but there's some state-by-state variation: https://t.co/MrQY2G1lMP

Here's what her first link to the Federal Register from May 23, 2013 had to say:

Because section 1860D–12(b)(3)(D) of the Act incorporates by reference the requirements of section 1857(e) of the Act, these new Affordable Care Act medical loss ratio requirements also apply to the Part D program. Under these new requirements, MA organizations and Part D sponsors are required to report their MLR, and are subject to financial and other penalties for a failure to meet a new statutory requirement that they have an MLR of at least 85 percent. The Affordable Care Act requires several levels of sanctions for failure to meet the 85 percent minimum MLR requirement, including remittance of funds to the Secretary, a prohibition on enrolling new members, and ultimately contract termination. In the February 22, 2013 Federal Register (78 FR 12428), we published a proposed rule with revisions to the Medicare Advantage (MA) program (Part C) and prescription drug benefit program (Part D). This final rule sets forth CMS’ implementation of these new MLR requirements for the MA and Part D programs.

As for MCO-administered Medicaid (which, again, is most of it), the situation is a little more complicated there, as Norris noted. via the Center on Budget & Policy Priorities:

Federal regulations finalized in 2016 require Medicaid managed care plans to calculate and report their MLR to the state annually for contracts that take effect on or after July 1, 2017. An MLR requirement encourages plans to keep their administrative costs low and gives states important information to help them set appropriate rates for the plans. Yet many states do not include MLR reporting requirements in their Medicaid contracts with managed care organizations; the federal government has not released information about states’ compliance.

States are permitted but not required to include an MLR in their contracts with plans and recoup money from plans that fail to meet the minimum MLR. If a state sets an MLR, it must be at least 85 percent. For managed care plan years beginning July 1, 2019, federal regulations require states to set capitation rates in such a way that the plan is assumed to meet an 85 percent MLR. Only 20 states currently include a minimum MLR in their contracts and require the plans to provide remittances if they fail to meet the state’s MLR (see map), though some states have adopted other cost-control strategies, such as profit caps for managed care plans. 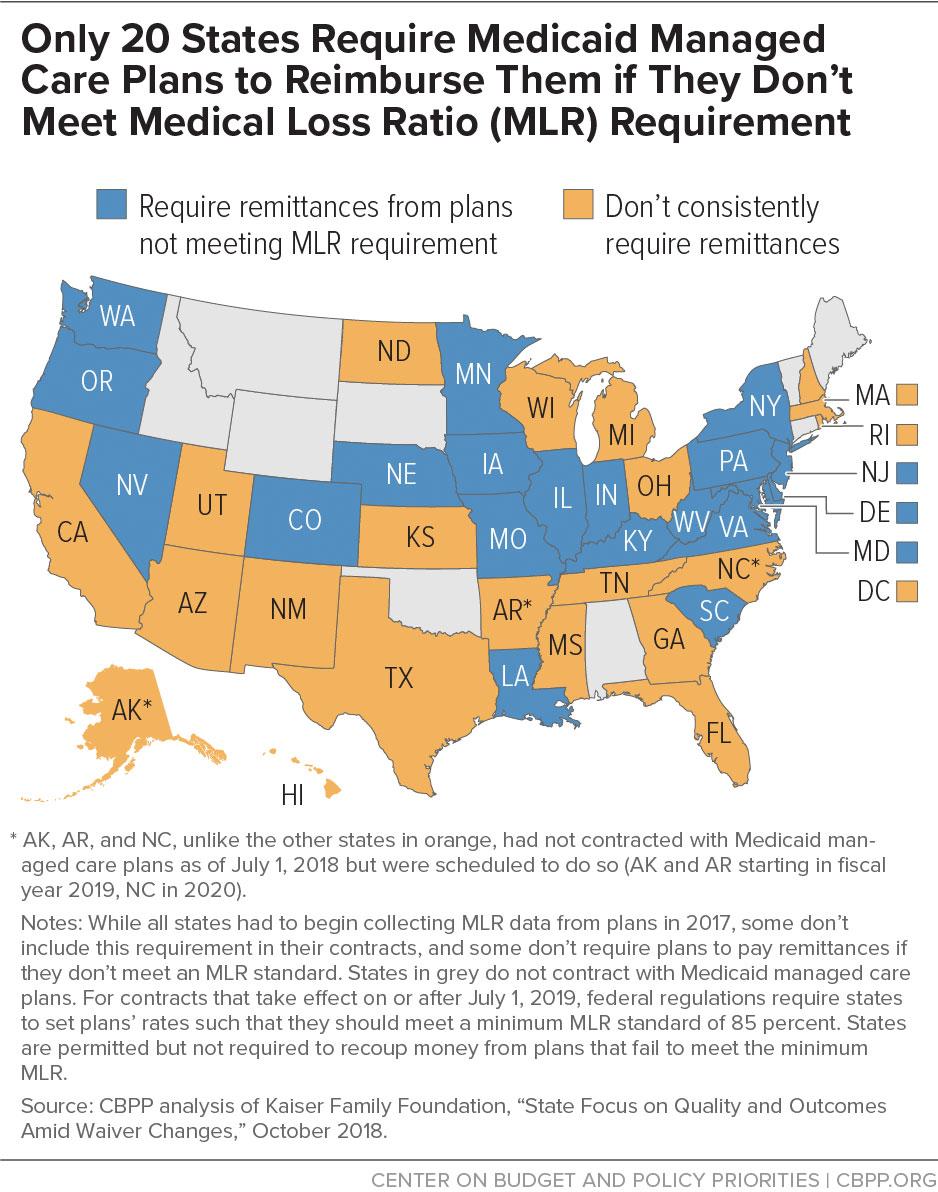 I'm assuming one of the main reasons I haven't really heard about the Medicare Advantage/MCO MLR requirements is because unlike the Individual market, the rebate checks don't show up in the hands of the actual enrollees. They don't even go to employers (who are then supposed to reimburse the employees for their cut of any rebates). With these public programs, any rebates go directly to the states or the federal government...and as noted at the CBPP article, most states don't even do that. Some handle any violations in different ways...none of which are in the public eye most of the time.

Of course once in awhile it does break out into the public sphere. A case in point? This article from Christopher Snowbeck of the Star-Tribune, reposted in the Arkansas Daily Gazette just two days ago:

UnitedHealthcare is facing enrollment restrictions next year in one of its Medicare Advantage health plan contracts, regulators say, because the insurer hasn't been spending a large enough share of revenue on the health care needs of enrollees.

The sanction from the Centers for Medicare and Medicaid Services applies to just one of United's many contracts with the federal government to sell Medicare Advantage health plans.

Minnesota-based UnitedHealthcare, the nation's largest health insurer, said it fell out of compliance because of federal legislation that reduced the insurer's tax liability last year. The sanction applies to a health plan contract for coverage sold in nine states to less than 1% of the company's roughly 6 million Medicare Advantage members.

Note: That's around 60,000 people, which is either nominal or significant depending on your POV.

"CMS imposed enrollment sanctions on a subsidiary of UnitedHealthcare ... because the organization did not meet a Medical Loss Ratio (MLR) of at least 85% for a third consecutive year," the Centers for Medicare and Medicaid Services said.

"This enrollment suspension will be in effect for contract year 2020," the federal agency said. The federal medical loss ratio rule "requires that a percentage of revenue should be used for patient care, rather than for other items as administrative costs or profit," according to the agency.

There's one irritating thing about this article, though: At no point in it does it ever clarify that the 85% MLR rule was put into place by the Affordable Care Act.

When a Medicare Advantage plan drops below 85% spending on patient care for three consecutive years, the government can suspend new enrollment in the plan while letting current enrollees maintain the coverage. In a Sept. 11 letter to UnitedHealthcare, the Centers for Medicare and Medicaid Services said the medical loss ratio was 71.3% in 2016, 83.9% in 2017 and 84.1% in 2018 for health plans within the contract that's being sanctioned.

Want to hear some irony?

In a response to questions from the Star Tribune, UnitedHealthcare said the ratio last year fell below the requirement -- despite added benefits -- because the company saw a financial boost last year from the federal Tax Cuts and Jobs Act, which was signed into law in late 2017. The company said it subsequently factored the change into its calculations and anticipates achieving a ratio above 85% in 2019.

Yes, that's right: UnitedHealthcare made too much money to comply with the ACA's MLR rule because of the same Republican tax cut which also now threatens to cause the ACA to be struck down. Chew on that for a minute.

Oh, one other interesting tidbit:

...If the medical loss ratio for a Medicare Advantage plan falls below the 85% mark for five years, the government can terminate its contract with the health plan. The Centers for Medicare and Medicaid Services said the regulatory action against UnitedHealthcare marks the first time the agency has suspended enrollment in a Medicare Advantage plan because of noncompliance with the rule.

That helps explain why I didn't know about this before...it's the first time any carrier has been sanctioned because of it!