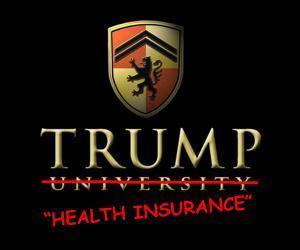 I've written endlessly about #ShortAssPlans for several years now. Hell, I even put together a crude video explainer (see above) to explain what "Short-Term, Limited Duration plans" and "Association Health plans" are and why they should be tightly regulated, if not eliminated altogether.

However, the truth is that for all of my blog posts and warnings about these types of substandard policies, about 90% of my focus has been on how opening up the floodgates on them would negatively impact the ACA-compliant risk pool. It's a bit of a zero-sum game, after all: The more healthy people who leave one, the more sick on average the other one is, which means a higher risk pool of enrollees, which means higher premiums, which leads to more healthy people dropping out and so on...the infamous "death spiral".

What I've written much less about, however, is the other reason why #ShortAssPlans generally suck...namely, the plans themselves tend to...well, suck.

Today, Zeke Faux, Polly Mosendz and John Tozzi have a devastating new story over at Bloomberg Businessweek about #ShortAssPlans:

The Diazes’ plan was nothing like the ones consumers have come to expect under the 2010 Affordable Care Act, which bars insurers from capping coverage, canceling it retroactively, or turning away people with preexisting conditions. But the law includes an exemption for short-term plans that serve as a stopgap for people between jobs. The Trump administration, thwarted in its attempts to overturn the ACA, has widened that loophole.

...Some brokers are taking advantage, selling plans so skimpy that they offer no meaningful coverage. And Health Insurance Innovations is at the center of the market. In interviews, lawsuits, and complaints to regulators, dozens of its customers say they were tricked into buying plans they didn’t realize were substandard until they were stuck with surprise bills.

...Six months after David’s surgery, the Diaz family got a particularly big surprise bill...when she called her insurer, she was told she’d have to pay the full amount: $244,447.91.

The article spends a lot of time focusing on one of the largest #ShortAssPlan companies in the business: Health Insurance Innovations, or HIIQ, which has seen explosive growth in business successfully hawking junk plans to unwary enrollees:

Eager to avoid the ACA marketplace, which she’d heard negative stories about, Marisia turned to Google to find a provider.

...[HIIQ broker Linda] Thiel led her to believe that the plan she wanted to buy, LifeShield STM, was similar to her old one, even though it cost only about $400 a month, less than her Aetna coverage. Had Diaz gone to the ACA marketplace, the family would have qualified for subsidies, but Thiel didn’t mention that, Diaz says. She recalls the broker saying the policy had an impressive coverage limit of “three-quarters of a million dollars” after a maximum $7,500 deductible...the rest of the disclaimer went by so quickly she couldn’t follow the details.

Prohibition of annual and lifetime limits on coverage are among the most important provisions of ACA-compliant policies. $750,000 sounds like a lot of money...but as an example, neonatal care for a premature infant averaged over $41,000 per day...in 2010. Before the ACA, there were cases of preemies who maxed out their lifetime caps within weeks of being born, before they even came home from the hospital.

In the case of the Diaz's, it was even worse than that:

Marisia soon learned about the policy’s limitations. The Everest plan didn’t cover preexisting conditions, limited the number of doctor visits, and capped hospital coverage at $1,000 a day. It allowed a maximum of $250 per emergency room visit and $5,000 per surgery, not nearly enough to cover the usual cost of those services. Most benefits didn’t kick in until the $7,500 deductible was met. And the listed maximum total payout of $750,000 was misleading: It didn’t mean the Diazes’ bills would be covered up to that amount after they paid the deductible; it just meant that if Marisia underwent, say, 150 surgeries, she could get $5,000 for each, leaving her to cover millions of dollars in additional bills.

This quote from the Diaz's attorney pretty much says it all:

Surrano saw insurers behaving badly long before Obamacare, but he credits the Trump administration with the abuses being perpetrated today. “Creating an exception to the requirements of Obamacare is what gave rise to this kind of stuff,” he says. “This is what you get—you get people like Mrs. Diaz and her family.”

Oh yeah...and remember back in June when I noted that the Trump Administration was introducing a new policy which seemed to be reasonable on the surface...until you looked under the hood? That shows up towards the end of the Bloomberg piece as well:

On June 14, Trump held a ceremony in the White House Rose Garden to announce a new policy that lets employers steer as much as $1,800 in tax-exempt funds to their employees instead of offering them comprehensive health plans. The move will likely create many more customers for HIIQ’s industry.

...“There is much low-hanging fruit in the over-65 space,” [CEO Gavin Southwell] said. “We expect significant growth.”

The debt is never far from her mind. “I wake up thinking about it,” she says. “I go to bed thinking about it. It doesn’t go away.” The family switched to a comprehensive, ACA-compliant insurance policy in December 2017. With government subsidies, it costs less than they were paying for junk insurance.

I've probably excerpted more than I should, but I strongly urge everyone to read the full story.