Study: Republican state officials have killed over 15,000 people by refusing to expand Medicaid 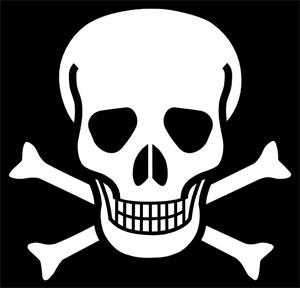 A new analysis from the National Bureau of Economic Research has quantified something which healthcare advocates have been arguing for years:

The United States could have averted about 15,600 deaths if all 50 states expanded Medicaid under the Affordable Care Act, new research suggests.

...As of 2019, 36 states and the District of Columbia have adopted the Medicaid expansion, and 14 have not.

Four researchers — University of Michigan economist Sarah Miller, University of California, Los Angeles public health scholar Laura Wherry, National Institutes of Health’s Sean Altekruse and Norman Johnson with the US Census Bureau — used that difference to study what happened to people’s health outcomes in states that expanded the program compared to those that did not. A new working paper published by the National Bureau of Economic Research details their results.

They found that by the fourth year of Medicaid expansion, mortality rates in states that expanded the program were 0.2 percentage points lower than in states that did not.

...The researchers found that states that expanded Medicaid saw higher rates of enrollment and lower rates of uninsurance. Among the 55- to 64-year-olds studied, researchers found, receiving Medicaid “reduced the probability of mortality over a 16 month period by about 1.6 percentage points, or a decline of 70 percent.” Based on their findings, they estimate that states’ refusal to expand the program led to 15,600 additional deaths.

This is in line with a growing body of research that shows Medicaid expansion has not only vastly increased access to health insurance, but also improved health outcomes. About 13.6 million adults gained Medicaid coverage under Obamacare.

I only have one thing to add to this besides "I told you so": Back in 2009 there was a famous study by researchers at Harvard Medical School and the Cambridge Health Alliance which concluded that, nationally, around 45,000 Americans were dying every year specifically due to them not having any type of healthcare coverage:

Nearly 45,000 annual deaths are associated with lack of health insurance, according to a new study published online today by the American Journal of Public Health. That figure is about two and a half times higher than an estimate from the Institute of Medicine (IOM) in 2002.

The study, conducted at Harvard Medical School and Cambridge Health Alliance, found that uninsured, working-age Americans have a 40 percent higher risk of death than their privately insured counterparts, up from a 25 percent excess death rate found in 1993.

“The uninsured have a higher risk of death when compared to the privately insured, even after taking into account socioeconomics, health behaviors, and baseline health,” said lead author Andrew Wilper, M.D., who currently teaches at the University of Washington School of Medicine. “We doctors have many new ways to prevent deaths from hypertension, diabetes, and heart disease — but only if patients can get into our offices and afford their medications.”

Here's something worth noting: In 2009, the national uninsured rate was 16.1%, or roughly 49 million people out of 306 million. That translates into one extra person dying per 1,088 people.

The NBER report released today spans four years, so the math is a bit trickier; the Medicaid Gap has shrunk from around 4 million people in 2014, I believe, down to 2.5 million as of today as a half-dozen additional states did go ahead and expand the program under the ACA, including Pennsylvania, Montana, Alaska and Louisiana. However, it was still over 3 million in 2018, since Virginia and Maine didn't expand Medicaid until this year. Let's call it an average of around 3.5 million people over the course of 2014 - 2017.