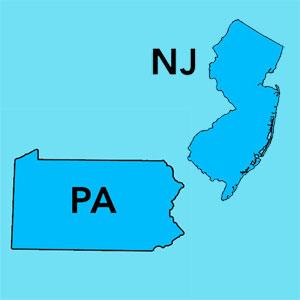 The new law establishes the state's own exchange. Murphy, a Democrat, said the law also gives the state more control over open enrollment as well as giving the state access to data that it can use to regulate the market. He says it was necessary to protect against Trump administration ``sabotage'' of the law also known as Obamacare.

Lawmakers estimate participation in Medicaid under the Affordable Care Act increased by 36 percent or nearly 500,000 people over nearly four years.

The Republican-controlled Legislature gave final approval Friday to legislation authorizing the move, after Gov. Tom Wolf had pressed for the bill's passage this month in the hope that its savings measures can take partial effect in 2020 and full effect in 2021.

Wolf plans to sign the bill Tuesday, his office said.

The state can operate the exchange for $30 million to $35 million and use the savings to qualify for extra federal reinsurance funds to reimburse insurers for certain high-cost claims, Wolf's administration says.

The state's share would be about 20% to one-quarter of the reinsurance program cost, according to Wolf administration estimates.

...Wolf's administration said it believes consumers would see premiums that are 5% to 10% lower than what they would otherwise pay.

...The Wolf administration said four other states are in the process of moving to their own exchange.

The other four states are New Jersey (of course), New Mexico, Nevada (which is set to launch their new exchange this November) and Oregon. The last I had heard, Oregon was still just considering re-establishing their own tech platform, but Wolf sounds pretty confident that it's a go there as well. Oregon actually already has their own exchange entity, they (and Nevada) have just been "piggybacking" on HealthCare.Gov since 2014.