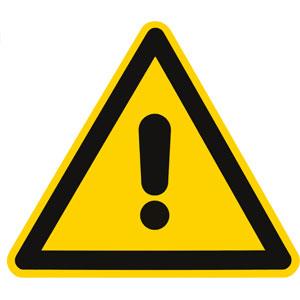 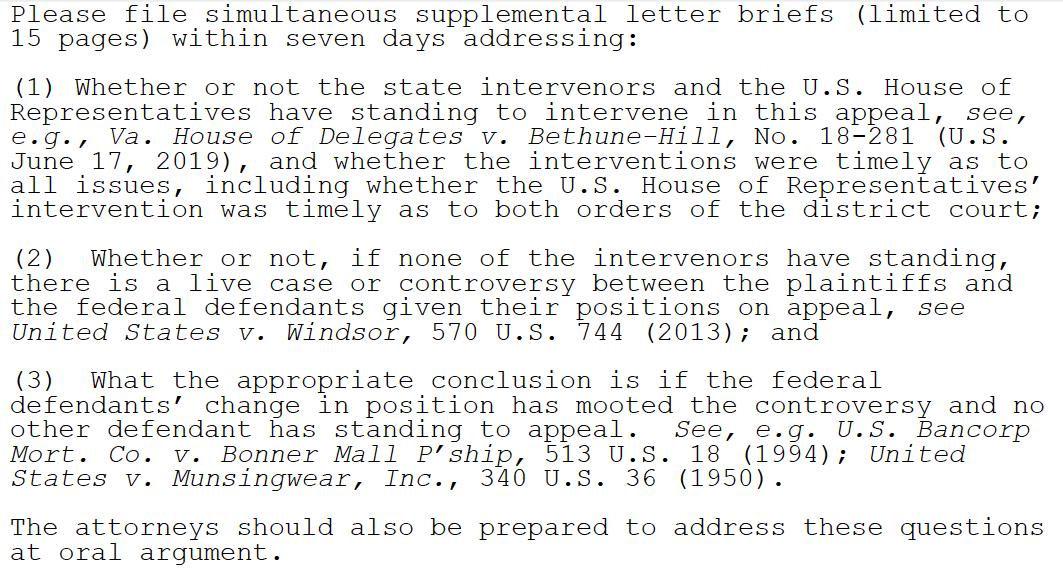 This is an ominous sign. If neither the blue states nor the House has standing, it would mean that no one has standing to appeal the decision. That would effectively leave the lower court decision unappealable.

What happens then is a bit uncertain to me -- but I don't think it's good. I doubt this is a case in which you'd get a Munsingwear vacatur: normally, if the parties don't appeal, the lower court decision stands. And that's what we'd effectively have. See Bancorp.

If so, O'Connor's declaration that the ACA is invalid -- lock, stock, and barrel -- would remain on the books and would bind the Trump administration. That's not necessarily a death-knell for the ACA, because the declaration might or might not extend nationwide.

And O'Connor hasn't entered injunctive relief anyhow, so I don't think the Trump administration would immediately throw its hands up and decline to enforce the ACA.

More to the point, the House and the blue states would immediately seek a stay pending appeal while they pursued their standing arguments in front of the Supreme Court. But arguing about whether they have standing is not the footing on which they want to go to the Court.

I'm still thinking this through, and lord knows the panel may ultimately decide that someone does have standing to take the appeal. The Supreme Court too will have the final say. But my word, this seems bad to me. /fin

Second, don't panic. Note that even Bagley makes sure to include several caveats that this may not be as bad as it looks. In addition, see these tweets from Case Western Reserve University Law Professor Jonathan Adler. Adler is hardly a friend of the ACA--he was one of the main architects behind a previous attempt to overturn the law based on the infamous #KingvsBurwell case (which, I should note, had its Supreme Court decision announced exactly four years ago), and even he says that the Texas vs. Azar lawsuit has zero legal justification:

I think there's good reason to be skeptical of House standing to pursue appeal, but it's hard for me to see how Intervenor states lack standing if Plaintiff states had it - and it would be quite odd to toss appeal on that basis.

Might this just be an indication that they taken standing seriously and an awareness that Bethune-Hill has obvious implications for House standing? If so, perhaps this is precursor to holding plaintiff states lacked standing in first place. 1/2

Third, as a reminder, here's the Texas vs. Azar (aka Texas vs. US, aka #TexasFoldEm) "case" in a nutshell:

No, it makes zero sense whatsoever. Yet here we are.

Fourth, here's just part of what's at stake if the plaintiffs ultimately win and the entire ACA is torn down "lock, stock & barrel" as Bagley put it:

The actual oral arguments on the case in front of the 5th Circuit Court of Appeals is scheduled for Tuesday, July 9th.

The assumption until now has been that 1) the 5th Circuit is likely to rule against the plaintiffs on the (lack of merits) of their case, and 2) even if they ruled for the plaintiffs, the case would then be appealed again up to the U.S. Supreme Court, where it would likely not be heard until sometime next year.

With this development, Bagley is saying that there's a possibility that there may not be any appeal possible, because the U.S. Department of Justice (which is supposed to defend the law) is refusing to do so (and in fact is actually siding with the plaintiffs), and the coalition which is bringing the appeal (a bunch of Democratic state Attorneys General as well as the U.S. House of Representatives) wouldn't be allowed to do so since they "don't have standing".

I'm not a lawyer, but this sounds insane to me--I suppose you might be able to argue that the House doesn't have standing, but certainly the states do...and both Adler and Bagley seem to agree with me:

How the hell COULDN'T the states in particular have standing?? Tens of millions of their residents, tens of billions of dollars, public health, state economies, ALL of them would be directly impacted. (I know, IANAL nor a Constitutional expert so I'm just shouting at the wind)

I dunno. But I'm not the one asking the questions!