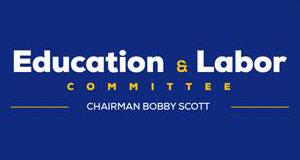 Again, the short version (no pun intended) is this: Under the Obama Administration, STLDs were restricted to no more than 3 months at a time, and forbid them from being renewed within the same calendar year. They were always intended to be just that: Short-term only, and of limited duration, for certain people in special circumstances only.

Trump, of course, blew all that to hell, opening up the floodgates on STLDs by allowing them to last up to a full 365 days per year (making them no longer short-term) and letting them be fully renewable (making them no longer of limited duration). Since they generally aren't subject to ACA requirements like guaranteed issue, community rating, essential health benefit coverage, minimum actuarial value, can have annual & lifetime limits and so forth--that is, hardly any of the Blue Leg regulations--they naturally are available with lower official premiums.

This was the entire point of Trump cutting them loose in the first place...to flood the market with cheap junk plans, which have the "bonus" effect of weakening the ACA-compliant risk pool as healther enrollees drop out of the ACA market, leaving the sicker enrollees.

That's it. That's the whole thing.

Why the bill doesn't actually codify the 3-month/no renewal provisions into law, I'm not sure...there may be some arcane Congressional rule preventing that, or maybe it would've set up a conflict between federal and state rights or something.

Anyway, I believe the bill now goes on to the full House, where I presume it will have no problem passing...and then it'll go to the Senate, where Mitch McConnell won't even allow it to come up for a vote.