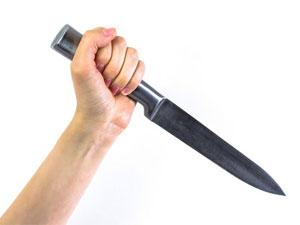 Last week, after Donald Trump dropped another massive turd in the punchbowl by telling his Justice Dept. to ask for the entire ACA to be ruled unconstitutional (as opposed to "only" the pre-existing condition protection provisions, as if that wasn't bad enough), Congressional Republicans were caught completely blindsided and at first, couldn't distance themselves from him fast enough:

Senate Majority Leader Mitch McConnell (R-Ky.) told President Trump in a conversation Monday that the Senate will not be moving comprehensive health care legislation before the 2020 election, despite the president asking Senate Republicans to do that in a meeting last week.

McConnell said he made clear to the president that Senate Republicans will work on bills to keep down the cost of health care, but that they will not work on a comprehensive package to replace the Affordable Care Act, which the Trump administration is trying to strike down in court.

...“I made clear to him that we were not going to be doing that in the Senate,” McConnell said he told the president. “He did say, as he later tweeted, that he accepted that and he would be developing a plan that he would take to the American people during the 2020 campaign.”

After getting the message from McConnell, Trump tweeted Monday night that he no longer expected Congress to pass legislation to replace ObamaCare and still protect people with pre-existing medical conditions, the herculean task he laid before Senate Republicans at a lunch meeting last week.

Translation: "Sorry, dude...we got our asses handed to us last November, based in large part on our relentless quest to kill Obamacare in general and on pre-existing condition protections in particular, so you're on your own this time."

Today, the House Republicans had a golden opportunity to at least pretend that they actually give a crap about covering people with pre-existing conditions. It wouldn't be true, mind you; they've already made that perfectly clear multiple times over the past few years...but they could have at least pretended to have seen the light.

Earlier today, the House of Representatives held a vote on a symbolic resolution condemning the Trump Administration's attempt to tear down the entire Affordable Care Act...including kicking 15 million people off Medicaid, stripping 9 million more of federal financial assistance, pulling the plug on the BHP program which enrolls over 800,000 more, and of course killing off important protections including guaranteed issue, community rating, essential health benefits, maximum out of pocket costs, the removal of annual or lifetime coverage limits and much, much more.

It's important to reiterate that this was a purely symbolic vote. It wouldn't have changed the outcome of the lawsuit, nor would it have actually changed any healthcare policy; it would've cost the GOP nothing to simply say "hey...we disagree with Donald Trump on this issue".

The House has voted 240-186 to approve a non-binding resolution to condemn the Trump admin's support for a lawsuit that would overturn Obamacare.https://t.co/CV3MChGJI6

Tuesday, Trump told the campaign arm of House Republicans that the party would get “clobbered” in next year’s election if it failed to overhaul the Affordable Care Act, also known as Obamacare. The next day, House Democrats pushed their GOP colleagues to say whether they stand with Trump on the issue.

Eight House Republicans voted Wednesday for the Democrats' resolution condemning Trump for asking the courts to throw out the ACA.

Yup. Eight. Just eight GOP members of Congress could bring themselves to dare express even the slightest divergence from the Trump Hive Mind, on a resolution with zero actual effect.

There's 197 Republicans left in the House after last November's Blue Wave, which means that 94% of Congressional Republicans just sided with Donald Trump on killing off pre-existing condition protections.

One Democrat – Minnesota Rep. Collin Peterson, who voted against the law's passage in 2010 – opposed the resolution, which passed 240-186.

It's worth noting that Fitzpatrick is also actually cosponsoring a bipartisan bill with Democratic Rep. Andy Kim to authorize $200 million for individual states to create their own state-based ACA exchanges...which of course would be moot if the ACA were to be repealed. Fitzpatrick appears to be wiser than most of his fellow Republicans.

For what it's worth, here's the actual resolution itself.