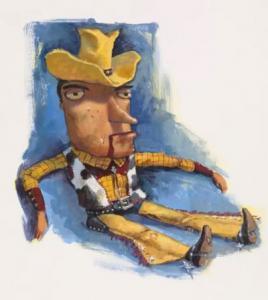 via the publisher's description of The Devil's Candy by Julie Salamon:

When Brian De Palma agreed to allow Julie Salamon unlimited access to the film production of Tom Wolfe's best-selling book The Bonfire of the Vanities, both director and journalist must have felt like they were on to something big. How could it lose? But instead Salamon got a front-row seat at the Hollywood disaster of the decade. She shadowed the film from its early stages through the last of the eviscerating reviews, and met everyone from the actors to the technicians to the studio executives. They'd all signed on for a blockbuster, but there was a sense of impending doom from the start--heart-of-gold characters replaced Wolfe's satiric creations; affable Tom Hanks was cast as the patrician heel; Melanie Griffith appeared mid-shoot with new, bigger breasts. With a keen eye and ear, Salamon shows us how the best of intentions turned into a legendary Hollywood debacle.

The ongoing battle among Democrats over which version of Universal Healthcare Coverage should be pursued as the 2020 campaign season heats up brought this point to mind.

For example, here's a story by Susannah Luthi of Inside Health Policy from September 13, 2017 about the changes made by Bernie Sanders to his "Medicare for All" bill (the one which was co-sponsored by Presidential contenders Elizabeth Warren, Kamala Harris, Kirsten Gillibrand and Cory Booker along with a bunch of other Dem Senators:

Sen. Bernie Sanders (I-VT) unveiled a final Medicare For All bill Wednesday (Sept. 13) that now includes a transition period and appears to eliminate an earlier draft's provision that essentially capitated all costs, showing the tempering effect of Democratic lawmakers on an early July version obtained by Inside Health Policy.

The senator, who touted his bill in a room packed with grassroots activists and fans, also scrapped an earlier plan to set up a Universal Medicare Standards Board to run the program and instead would put the HHS secretary in charge. The final bill still doesn't include an overall funding mechanism, but aims to cut costs through Medicare drug price negotiation and cutting out insurers.

The final version, unlike the July draft, rolls out an incremental phase-in that includes an opt-in to Medicare at age 55 in year one -- per legislation already introduced by Sen. Tammy Baldwin (D-WI). Parts A, B, and D deductibles for Medicare would be eliminated. Also in year one, every child up to age 18 could be enrolled in Universal Medicare while a transition plan is set up for everyone else.

Medicare eligibility would be lowered to age 45 in year two, age 35 in year three, and by year four everyone would be eligible and receive a Universal Medicare card that guarantees nine services.

Let me repeat that for those in the back: After pushing for Single Payer for the past 30 years, as late as July 2017, Bernie Sanders thought that there was a way of converting the entire U.S. healthcare system, both public and private alike, for all 325 million of us, over to a universal single payer program within one year.

He later changed this to a 4-year transition period to achieve 100% coverage, along with other significant modifications, of course. My point isn't to beat up on Bernie (although...really?) so much as to remind people that crafting legislation, like screenplays, novels, architecture, automobile engineering or anything else is goes through a creative process...and often times, that process ends up with a final product which is very different from what it started out looking like.

For comparison, my preferred universal coverage bill of the 8 or so being bopped around at the moment, Medicare for America, is currently structured to transition perhaps 50% of the population over to a comprehensive healthcare program within around 6 years or so, with that expected to reach around 60-70% within 8 years.

Is 100% within 4 years still too short? Is 70% within 8 years too long? Aside from the logistical and economic variables, there's also the ever-present political timeline, which operates on a 2- or 4-year scale. The pressure to transition gradually (to avoid too much disruption) is at odds with the political pressure to move as quickly as possible to avoid the opposing party from dismantling those changes before they can take hold. Finding the right balance can be tricky as hell.

Sometimes the end result is a classic like Toy Story. Sometimes it's a disaster like Bonfire of the Vanities. Either way, nearly all complex legislation goes thorugh major changes along the way.

The point is, assuming any Universal Coverage bill ever does pass the House, the Senate and get signed into law in the (hopefully near) future, I can guarantee you that it's not going to end up being exactly the same as either the current "Medicare for All" bil, the current "Medicare for America" bill or any of the other half-dozen plans on the table. It'll almost certainly end up being some sort of hybrid of these and other ideas...and no, it's not going to be perfect in the end.

Then again, maybe it wil be perfect and we'll end up with Die Hard.