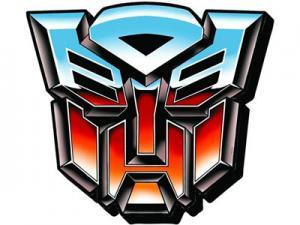 In the open enrollment period for 2019 coverage, 1.8 million people in states using the Federal platform were automatically re-enrolled in coverage, including about 270,000 who were enrolled in a plan with zero premium after application of advance payments of the premium tax credit. Automatic re-enrollment significantly reduces issuer administrative expenses and makes enrolling in health insurance more convenient for the consumer. While allowing auto-reenrollment was designed to be consistent with broader industry practices, this market is arguably different, since most current enrollees receive significant government subsidies, making them potentially less sensitive to premiums and premium changes.

The practice of automatic re-enrollment in the Exchanges gives rise to several concerns. Some consumers who are automatically re-enrolled in their current plan may be shielded from changes to their coverage, which may result in consumers being less aware of their options from year to year. There is a concern that automatic re-enrollment eliminates an opportunity for consumers to update their coverage and premium tax credit eligibility as their personal circumstances change, potentially leading to eligibility errors, tax credit miscalculations, unrecoverable federal spending on the credits, and general consumer confusion. We seek comment on the automatic re-enrollment processes and capabilities as well as additional policies or program measures that would reduce eligibility errors and potential government misspending for potential action in future rulemaking applicable not sooner than plan year 2021.

Here's what I had to say about auto-renewals way back in June 2014, when the process was theoretical since it hadn't happened yet. Remember, this was under the Obama administration:

As an aside, I also question the wisdom of not requiring everyone to re-enroll each year. Obviously HHS is trying to minimize the inconvenience/hassle factor, but it seems to me that this is just going to cause even greater confusion than it would if they simply issued a blanket statement: If you enrolled via an ACA exchange, you have to renew once a year even if nothing else has changed.

I don't see doing this as a big deal; people have to renew their license plates every year even if it's for the same car, for example. They don't have to make it that complicated...just have big Yes/No radio buttons once you log in that says "Have you had any significant changes in (income, dependents, etc...provide a list) since (date of existing policy enrollment)?" If no, then you click "Save" and you're done. If yes, then you go ahead and make whatever changes are necessary.

When I look back at what I wrote with the advantage of four and a half years of hindsight, I realize how glib, naive and privileged I sounded. Yes, on paper it wouldn't seem to be that big of a deal, but not everyone is in a position to do this every year, and I'm sure plenty don't have the desire to.

A couple of months later, I illustrated a perfect example of the downside of letting yourself be auto-renewed:

Due to the way that those subsidies are calculated, they may also change as the actual premium amounts change. Specifically, they're based on whatever the second cheapest Silver plan available to them is.

So, let's say that for 2014, the 2nd cheapest Silver plan available was $500/month, and based on that (along with your household income, etc.) you received a $200/month subsidy. Since you happened to choose that plan, the cost to you is $300/month.

For 2015, let's say that nothing changed at your end. Your income, household size, etc. all stayed the same; you didn't move, and so on. In fact, the plan you chose doesn't even change; it stays at $500/month even. Based on this, you're expecting your cost to stay $300/month.

However, what if their competitors lower their rates? Suddenly the 2nd cheapest plan is no longer $500/mo, but, say, $400/mo. The subsidy calculation changes, and suddenly instead of a $200/mo subsidy, you're only getting $100/mo, meaning you owe an extra $100/month (alternately, when tax time comes around the following year, you now owe $1,200 more than you thought). In that situation, you'd have been better off switching to a different, cheaper plan.

On the other hand, what if the 2nd cheapest Silver plan goes up to $600/month? The subsidy calculation changes the other way, and now you're receiving a $250/month subsidy, even though nothing else changed. You get to save an additional $600/year, hooray!

Either way, double check your options in November even if you don't think you need to!!

I've hammered on this point more times than I can count over the years: How many times have I shouted at people to shop around, shop around, shop around each and every year? It's not just the premiums which jump around, it's also the deductibles, the co-pays, the networks, and especially the subsidy formulas.

HOWEVER, while I strongly believe that no one should let themselves be auto-renewed, I've completely changed my tune about whether they should be able to do so. Here's why: While not allowing people to auto-renew will indeed result in some of them getting a better deal...it also leads to a lot of them losing their coverage, either because they didn't realize that they had to take action to keep it, because they forgot to do so and missed the deadline, or because they're, you know, imperfect human beings.

This is probably common sense, but I'm gonna try to prove it anyway. The best way to do so is to show a real-life example of a counterfactual, as Dave Anderson would put it: How do I know what would happen to exchange enrollment if the auto-renewal program was removed?

Well, in 2015, there were five states (plus a special case) which did not allow auto-renewals:

In all four cases, the 2014 enrollment database was simply incompatible with the one being moved to, so there was no choice for current enrollees but to start all over again on the new website with an all-new user account, etc.

Now, enrollment for 2015 actually increased dramatically in all four states...but that really doesn't count, since the whole reason for the platform shift was that the original ones were pieces of garbage, meaning hardly anyone was able to sign up in the first place.

Idaho was the speical case: They moved from the federal exchange to their own platform...not due to technical problems, but simply because the Idaho exhchange wasn't ready in time for 2014. In Idaho's case, they did have the ability to port over the 2014 database, but strongly warned people to at least log into their account on the new site to make sure everything was in order.

Unlike the other four 2015 "no-auto-renewal" states, Rhode Island could have let people do so but deliberately chose not to, for the very reasons both the NBPP rule and I listed above:

The 26,000-plus people who signed up for insurance through Rhode Island’s health exchange will have to sign up again if they want to remain insured next year, and those who do will find new plans, new prices and one new carrier.

The policy of having individuals enroll again was a deliberate choice, said Dara Chadwick, spokeswoman for the exchange, formally known as HealthSource RI.

While the exchange could have opted for automatic re-enrollment, Chadwick said officials “wanted to ensure that all Rhode Islanders made the best decision for their health-care needs by evaluating the new plans, options and prices for 2015.”

So, tiny Rhode Island experimented with not letting people be auto-renewed. So what happened?

The problem is that 2015 enrollment in every other state increased by an average of 46%. Even if you remove both RI and the other 4 "no-autorenewal" states, 2015 enrollment still shot up by over 44% in the rest of the country. Only three other states performed worse year over year than Rhode Island in 2015: Vermont (which had serious technical problems of their own); Washington State (which had major problems with their internal billing system) and, oddly, California (which ran dead even year over year).

That's not much to go on, especially considering how tiny Rhode Island is, but what's also important to note is that HealthSourceRI abandoned the policy the following year. For 2016 and ever since, they've followed the lead of every state (except other states which had no choice due to a platform move, like Hawaii and Kentucky) by auto-renewing current enrollees after all.

I've never discussed this issue with the powers that be in Rhode Island, but I'm willing to bet that they decided that the improvement in smarter plan selections simply wasn't enough to justify the potential loss of a significant chunk of their existing enrollees who got lost in the shuffle.

This brings me to another major problem with killing off auto-renewals: How much confusion, chaos and outrage would it cause to change the policy now, especially for the entire country or even just the 39 Healthcare.Gov states?

According to the very NBPP itself, a whopping 1.8 million 2018 enrollees on the federal exchange were auto-renewed...out of 6.34 million total. That's over 28% of all renewing enrollees.

Again: I wish that number was zero...because I'd prefer it if every enrollee were to actively log into their HC.gov account, carefully review the new options and choose the wisest plan for their current situation. HOWEVER...what would happen if you didn't allow them to let themselves be auto-renewed? Even if 75% of them did just that...that would still be around 450,000 people who would lose their coverage for the following year.

And that doesn't even include the twelve state-based exchanges. I don't know the exact breakout for 2019, but I know that last year, over 56% of renewing enrollees on 11 of the 12 state-based exchanges were auto-renewed (New York's renewal numbers aren't broken out in the 2018 OEP Public Use File). That's over 1.16 million enrollees.

Assuming similar numbers this year (the SBEs are running almost neck and neck with last year overall), that means that nationally, nearly 3 million people utilized the auto-renewal option this year.

I'd be happy to see all 3 million of those folks actively shop around for their policy every year...but I don't want to risk hundreds of thousands of them losing coverage because they didn't have that option.

Oh yeah...I almost forgot about another important factor: OUTREACH AND EDUCATION. It would be one thing if the Trump Administration decided to scrap auto-renewals but also committed to a robust, aggressive education/outreach campaign to make absolutely certain that every American knew about the change. However, that's the exact opposite of what they've done...CMS has slashed both the marketing and outreach/navigator budgets for HealthCare.Gov by 90% and around 80% respectively over the past two years, and shows no signs of reversing that (especially given that they're also proposing to cut the carrier user fees which fund HC.gov's budget from 3.5% to 3.0% next year as well).

So you'd basically end up with a highly disruptive change which makes renewing coverage far more complicated for over 25% of the enrollees...without giving them any heads up that the change was coming beforehand. That's a recipe for disaster for up to 3 million people.