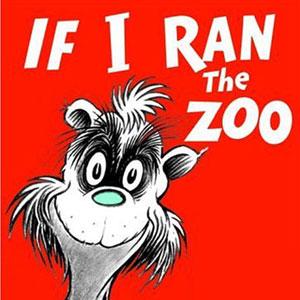 However, if necessary to win over the rest of them, in my "realistic fantasy league" scenario, I'd recommend offering to reset the "100% financing" clock for the first 3 years to start whenever the expansion provision went into effect instead of starting them off at 90-95% federal funding, which is what they'd face at the moment. This is an idea that President Obama and Hillary Clinton had proposed last summer, I believe, and it makes sense.

Cut to today (thanks to Alice Ollstein for the heads up):

“The writing is on the wall and the facts are clear: premiums and health care costs are higher in states that have not expanded Medicaid. And over 90% of rural hospital closures have been in states that did not expand Medicaid before the closure. In my state, approximately 314,000 more Alabamians would be covered under Medicaid expansion. Not doing so is a poor decision,” Sewell said. “And while I can’t force Alabama’s governor to expand Medicaid, I can continue to promote legislation that provides more incentives for her to do so. Today’s legislation is a step in the right direction and I look forward to working with my colleagues to get it passed.”

“The bill will create an incentive for all eligible States to provide affordable health care coverage for all of their citizens,” Veasey said. “In Texas, approximately 638,000 people would gain coverage if Medicaid were expanded. This is a no-brainer for the state of Texas and for the fourteen states across the country who haven’t adopted this program.”

For states that chose to expand their Medicaid programs to cover individuals up to 138 percent of the federal poverty level during the first three years of the Affordable Care Act, the federal government covered the full cost of expansion for those three years. Unfortunately, under current law, states that have not yet expanded Medicaid have missed the window to receive a full federal match for any amount of time.

The bill would allow thousands of low-income families and non-elderly adults without children to enroll in Medicaid, giving them access to affordable health insurance. In Alabama, this population currently makes too much or isn’t eligible to enroll in Medicaid and makes to little to qualify for tax credits through the ACA marketplace.

The Incentivizing Medicaid Expansion Act of 2019 is available here.

Under the ACA, the federal government paid 100% of the Medicaid expansion cost for the first three years if the state expanded starting in 2014. In other words, 2014, 2015 and 2016 were freebies for the states; after that the federal match dropped to 95%, and is gradually dropping to 90% where it stays permanently. Under the ACA as it stands today, if Texas or Alabama did decide to jump into the expansion pool, they'd start out having to pay 10% of the cost themselves, or something like $350 per enrollee per year (assuming $3,500 per adult on average total...in 2014, adults on Medicaid cost $3,278 apiece; I'm not sure how the Medicaid expansion population compares to adults covered via traditional Medicaid).

$350/enrollee would amount to around $110 million per year in Alabama or $223 million per year in Texas to cover the numbers of enrollees listed above. The bill from Sewell and Veasey would have the federal government cover those costs for the first three years regardless of when those states expanded the program.