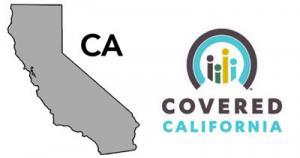 “Covered California is in the final two days of open enrollment. That means if you are without health insurance, you need to sign up by Tuesday, Jan. 15, to secure health coverage,” Newsom said.

Newsom’s statement came one week after he unveiled a new health care agenda aimed at enhancing affordability in the years ahead and building on the Patient Protection and Affordable Care Act as a pathway to universal coverage.

Covered California Executive Director Peter V. Lee, who was in Los Angeles Monday to promote open enrollment, said time is of the essence.

“The clock is ticking for consumers who need quality health care coverage because this year’s deadline is earlier than it has been in the past,” Lee said. “You must take action today or tomorrow to start an application for health coverage.”

Lee praised the governor’s proposals to enhance affordability by increasing subsidies in the future for middle-income Californians.

“The governor is to be applauded for his agenda to make health insurance more affordable in the years ahead,” Lee said. “The changes he seeks would make a big difference in the support provided to existing Covered California enrollees as well as a new group of individuals who would get financial help to buy health insurance for the first time.”

“Covered California is the only place you can go to see if you qualify for financial help that can take hundreds of dollars off the price of your insurance premium,” he said. “An estimated 1.1 million Californians are eligible for quality health care coverage, either through Covered California or Medi-Cal, so do not miss this chance to get coverage that will protect you and your family,” he said.

Open enrollment is the one time of the year when consumers can sign up for coverage without needing to meet any conditions. California’s previous open-enrollment period ran through January, but a state law established that open enrollment would run from Oct. 15 through Jan. 15 each year.

Covered California made a stop in Los Angeles on Monday to promote enrollment with longtime partner Asian Americans Advancing Justice. The event culminated a bus tour that traveled more than 2,000 miles, with stops in cities across the state.

The tour will feature individuals who have been enrolled through Covered California since the exchange first opened its doors. Local dance crews will also be depicting the idea that life can change in an instant, which ties to Covered California’s award-winning advertising campaign that features ads showing individuals slipping down stairs, falling off a ladder, getting in a bicycle accident and cutting their hand in the kitchen.

“Dance transcends culture, language and age,” Lee said. “These performances from around the state will help Covered California encourage enrollment using a medium that resonates with Californians.”

There will be two performances in Los Angeles, at the headquarters of Asian Americans Advancing Justice. Both dances will be performed by the world-famous GRV dance crew. The crew and the choreographers, Eileen Kim and David Lim, are all based in Los Angeles. Both Kim and Lim have spent years dancing, teaching and touring the world with their performances.