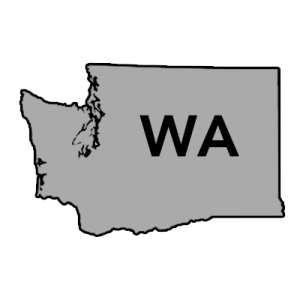 Something is definitely in the water this week, and I believe it's called "Democrats hitting their stride on healthcare reform":

The proposal, which Inslee said is the first step toward universal health care, is geared in part to help stabilize the exchange, which has wrestled with double-digit premium increases and attempts by Republicans in Congress and President Donald Trump to dismantle the Affordable Care Act.

On the one hand, he's put his hat in the ring for President, so this is partly a campaign thing. On the other hand, it's exactly the sort of thing he should be pushing for, especially as the governor of a solidly blue state, so I'm fine with that.

Called the Cascade Care legislation, the plan would be offered in every county.

The proposal would have the state Health Care Authority contract with at least one health-insurance carrier to offer qualified health coverage on the Washington Health Benefit Exchange, according to a summary of the proposal.

The single payer purists won't be happy about that bit, I'm sure, but so be it.

The plan would be designed with transparent and consistent deductibles, copays and coinsurance, according to the summary, and would “compete on premium price, provider networks, customer service, and quality.”

Cascade Care would not only help stabilize the individual health-insurance market and keep deductibles from rising but would be a step toward coverage for all state residents, said state Rep. Eileen Cody, D-Seattle. “This is the step that we can take to make sure we are offering our citizens a plan that looks like Medicare,” Cody said.

Washington state Insurance Commissioner Mike Kreidler said getting the legislation passed will be difficult, but is necessary, especially for people buying health insurance on the individual market who don’t qualify for a subsidy.

Cody said insurance companies know about the proposed legislation and are not “overjoyed” about the plan.

Well no, they wouldn't be, would they (except for whichever carrier wins the state contract, I presume).