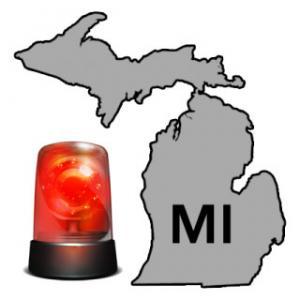 State Rep. Robert VerHeulen, R-Walker, introduced a bill that would allow the state House of Representatives and Senate to intervene in any legal proceedings involving the state, which has traditionally been the purview of the state attorney general or the governor’s office.

In addition, state Sen. David Robertson, R-Grand Blanc, introduced a bill that would shift oversight of campaign finance law from the secretary of state to a six-person commission appointed by the governor. The panel members would be nominated by the state Republican and Democratic parties.

Republicans move to exempt 93.5% of Michigan companies from paid sick leave law. What will be Gov. Snyder's legacy? https://t.co/W0otrNrg6W

BREAKING: Minimum wage increase is gutted on 60-48 vote. I voted NO. pic.twitter.com/3QwLQTg7pw

We all suspected this was going to be a VERY rough enflamed duck session and we all were right. Two bill introduced this week seek to hurt Michigan’s environment.

The first is House Bill 6532. This bill would do away with Michigan’s law that requires non-reusable containers to have a deposit which encourages people to return them to the store to be recycled.

...But, wait! There’s more. Republican Senator Tom Casperson’s bill would allow development of 70,000 of Michigan’s wetlands, nearly a half million acres worth.

In terms of healthcare policy, I thought the only consequence of picking up the Governor's office but not flipping the state House or Senate would be a stalemate: Not much good would be accomplished, but at least not much bad, either. The worst-case scenario, I figured, is that the GOP-passed & signed Medicaid Expansion Work Requirement waiver would go into effect. That sucks, since tens of thousands of Michiganders will end up being kicked off their healthcare coverage, but at least most of the 680,000 enrolled in the program will be safe.

HOWEVER, it appears that the MI GOP is trying to squeeze through even more ugly healthcare shenanigans before they lose their total lock on state government.

SB1224, if passed and signed into law, would remove Michigan's current restrictions on short-term, limited duration (STLD) healthcare plans...otherwise known as #ShortAssPlans, or as #JunkPlans depending on who you ask.

Currently, Michigan restricts short-term plans to no longer than 6 months per year (185 days, tecnically), and make them non-renewable (so you can't just string two back to back for a full year). They're also restricted to make up no more than 10% of a given insurance carrier's total portfolio--that is, if a carrier brings in $100 million in revenue, only $10 million of it can come from short-term plans.

Well, guess what? Here's the changes that the GOP wants to make to those restrictions:

On the plus side, it would also require a 10-day cancellation period, and the massive holes in coverage would have to be prominently displayed in the application form, so I guess I'm supposed to stand up and cheer or something.

Interestingly, the bill doesn't remove or increase the 10% portfolio limit, which I guess is a good thing.

In general, this bill would do the exact opposite of what the bill the Illinois legislature just passed does (they just overrode a GOP veto of a bill which would restrict short-term plans to six months and make them nonrenewable...which is exactly the case for Michigan today).

Needless to say, I'm strongly opposed to #SB1224 here in Michigan, since it would:

If you live in Michigan, you have ANOTHER reason to call your state Senator or Representative and insist they vote NO on the GOP's Lame Duck bills.