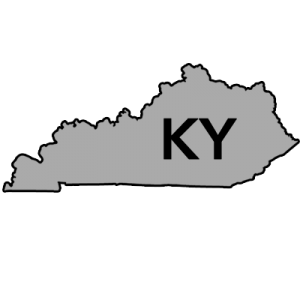 Under Section 1115 of the Social Security Act (the Act), the Secretary of Health and Human Services may approve any experimental, pilot, or demonstration project that, in the judgment of the Secretary, is likely to assist in promoting the objectives of certain Act programs, inciuding Medicaid. Congress enacted section 1115 of the Act to ensure that federal requirements did not "stand in the way of experimental projects designed to test out new ideas and ways of dealing with the problems of public welfare recipients." S. Rep. No. 87- 158 9, at 19 (lg6i), as repriited ín 1962 U.S.C.C.A.N. 1943, 1961. As relevant here, section 1115(a)(1) of the Act allows the Secretary to waive compliance with the Medicaid progam requirements of section 1902 of the .Act, 'addition, to the extent and for the period he finds necessary to carry out the demonstration project. In section I115(a)(2) of the Act allows the Secietary toprovide federal financial participation for demonsfation costs that would not otherwise be considered as federally matchable expenditures under section 1903 of the Act, to the extent and for the period prescribed by the Secretary.

On January 12,2018, the Centers for Medicare & Medicaid Services (CMS) approved the Commonwealth of Kentucky's request for a new section 1115 demonstration project, entitled "Kentucky Helping to Engage and Achieve Long Term Health" (KY HEALTH) project Number 1l-W-0030614 and 21-W-0006714). Adistrict court subsequently vacated thá approval of the demonstration project component known as Kentucky HEALTH, on the ground ttrãt Ctr¿S "never adequately considered whether Kentucky HEALTH would in fact help tñe state furnish medical assistance to its citizens, a central objective of Medicai d." Stewart i. Azar,3l3 F. Supp. 3d237,243 (D.D.C. 2018). The district court remanded the matter to CMS for fuither review. - On July 19,2018, CMS opened a new 30-day comment period to give interested stakeholders an opportunity to comment on the issues raised in the litigation and in the court's decision.

For the reasons discussed below, CMS is approving Kentucky HEALTH as a component of the KY HEALTH demonstration, in accordance with section 1115(a) of the Act. Consistent with the Secretary's authority, the demonshation is being approved for a 5-year period, subject to the limitations specified in the attached expenditure authorities, waivers, and special terms and conditions (STCs). The state may deviate from Medicaid state plan requirements only to the extent those requirements have been listed as waived, to the extent the state has been granted expenditure authority, or to the extent requirements are identifred as not applicable to the expenditure authorities. This statewide demonstration component, Kentucky HEALTH, is approved effective April 1, 2019, through September 30,2023.

Yes, that's right: After being shut down by a federal judge in late June (just 2 days before the provision was supposed to go into effect), CMS has made some minor tweaks to their approval notice and are pushing through Kentucky's work requirement waiver again, effective April 1, 2019.

According to Dustin Pugel, aside from the new start date, the only changes made from the prior approval are the following:

As noted above, the STCs for this approval are similar to those approved on January 12,2018. However, CMS and Kentucky have made some changes, which include:

As you may recall, in the original ruling against the first version of the waiver approval...

That doesn't seem to have made much difference as far as I can tell. Oh, and for the record:

By the way, Arkansas has lost 12,000 people in three months with a far more generous set of changes.

The 97,000 estimated Medicaid coverage losses by the fifth year from KY is low.