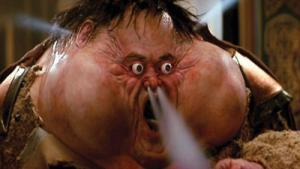 Justin Kloski learned that he qualified for Medicaid under the worst of circumstances. The student and part-time lawn-company worker had lost 20 pounds, could not shake a nagging cough and was sleeping 14 hours a day when he decided to visit a clinic in Muncie, Ind., that provides free care for the poor and uninsured. A clinic employee invited Mr. Kloski, now 28, to apply for Medicaid.

A few days later, he took his new coverage to the emergency room at IU Health Ball Memorial Hospital in Muncie. A CT scan found a 15-centimeter tumor in his chest, so big it was pressing on his windpipe. In May 2015, he learned he had Hodgkin’s lymphoma, a form of cancer that is curable if caught early.

The Affordable Care Act, and Governor Pence’s decision to go against many other Republican governors and expand Medicaid under the law, may well have saved Mr. Kloski’s life.

...Since Mr. Kloski had no income when he enrolled, he paid $1 a month; he has since been classified as “medically frail” and does not have to pay anything.

Medicaid has paid for virtually all of his cancer care, including a one-week hospitalization after the diagnosis, months of chemotherapy, and frequent scans and blood tests.

But Mr. Kloski and his mother, Renee Epperson, are still not fans of the health law over all. They believed that it required that Mr. Kloski be dropped, when he turned 26, from the health plan his mother has through her job at Target — not understanding that it was the law that kept him on the plan until he was 26.

Mr. Kloski paid a penalty for going uninsured in 2014 rather than even explore whether he might qualify for a subsidy and find an affordable private plan through the marketplaces.

“There were so many horror stories about how expensive it was going to be,” Ms. Epperson, 47, recalled. “Justin said, ‘I’m not even going to try it, Mom.’”

And until they were interviewed for this article, the mother and son did not know that the law was responsible for the expansion of Medicaid that Mr. Kloski benefited from. Neither voted in last year’s presidential election; Ms. Epperson said that she disliked both candidates, and that even though Hillary Clinton supported the Affordable Care Act, she found Mrs. Clinton’s positions unacceptable on too many other issues, like abortion rights, to support her.

Still, she said, she ardently hopes that Mr. Trump and the Republican Congress will continue allowing low-income adults like her son to qualify for Medicaid.

What the hell else is there for me to say?