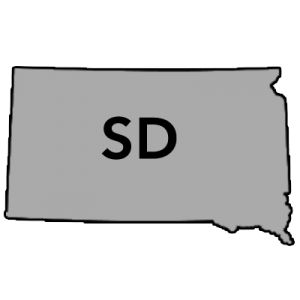 This is a pretty minor update, but I'm trying to lock in all of the approved 2019 rate changes as they come in. Last month, South Dakota's two carriers, Avera and Sanford, posted requested rate increases which I thought were 2.6% and 10.0% at the time. I also estimated their relative enrollment at around 27,000 and 4,000 enrollees apiece for market share calculations, which gave a statewide average increase of around 3.5%.

I checked the South Dakota Insurance Division website again today, and it certainly looks like the filings have been approved by the state insurance regulators...however, when I double-checked the filings themselves, it looks like they were actually slightly lower than I thought: 2.5% and 9.7% respectively.

In addition, I was able to find the hard enrollment numbers for each...the total is pretty close to what I had it at (29,180 vs. 31,000), but the splut is quite different. Insetad of Avera still having an 87% market share, it looks ike the split is more like 63/37 this year. Since Sanford is requesting a significantly higher increase than Avera, that means the weighted statewide average is higher as well...around 5.2% instead of 3.5%.

Finally, while I had originally pegged the #ACASabotage factors (mandate repeal & #ShortAssPlans expansion) at 14.4 percentage points, upon reviewing the filings, I'm knocking that down to a flat 10 points since neither one lists it as having massive impact.

Even so, that's still an average sabotage impact of $62/month per unsubsidized enrollee, or around $750 for the full year.