Arkansas: Woman in charge of administering Medicaid is "excited" about 4,300 low-income people being kicked off of Medicaid. 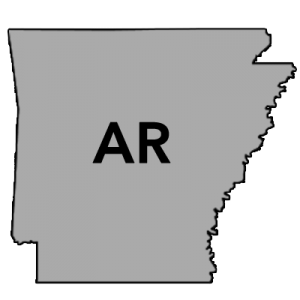 I’m excited by the partnerships that Arkansas has fostered to connect Medicaid beneficiaries to work and educational opportunities, and I look forward to our continued collaboration as we thoroughly evaluate the results of their innovative reforms. #TransformingMedicaid

Several thousand poor residents of Arkansas have been dropped from Medicaid because they failed to meet new requirements, the first Americans to lose the safety-net health insurance under rules compelling recipients to work or prepare for a job to keep their coverage.

Gov. Asa Hutchinson (R) announced Wednesday that 4,353 people have become ineligible for Medicaid, out of an initial group of nearly 26,000 who became subject to the requirements this spring.

...The concrete reality of more than 4,300 individuals losing insurance — diminishing their access to care — is alarming leaders at medical and mental health clinics and hospitals, as well as legal advocates for the poor. They say logistics of the work rules are ill-suited to the lives of many poor Arkansans, who may not have computer access to report their hours online or may not have even received — or understood — letters the state sent telling them how to stay on Medicaid.

Statewide, nearly a fourth of the population lives in areas in which Internet service is not available...In Lee County in the Mississippi Delta, where poverty is rampant, nearly three-quarters of the people lack online access. “I’ve had people say, ‘What’s Arkansas Works?’ and I’m thinking, ‘Oh my gosh, you don’t even know what it is, so how do you know that you need to go online and report work?’ ” said Kellee Farris, who runs the Lee County Cooperative Clinic.

Even the clinic has difficulty reaching its patients by mail because many move often among relatives and friends, Farris said. At a community meeting last month on the new rules, where officials and nonprofits’ representatives greatly outnumbered people on Medicaid, Farris said she told a staffer from the state Department of Human Services that a letter wasn’t enough to ensure beneficiaries know what the program now expects of them.

This comment is farcical in context: Arkansas only permitted reporting online (the state has the second-lowest home internet access rate in the country) and the online portal closed between 9pm and 7am.

I wrote a whole slew of entries about how stupid, wasteful and downright cruel Medicaid work requirements are last earlier this year, especially during the battle to prevent my own state of Michigan from adding work requirements to our own Medicaid expansion program. I haven't written much about it since June, however, when outgoing Republican MI Governor Rick Snyder decided to, as I put it at the time, take a big dump on one of the only decent things he did in his eight years in office.

Since then I've mostly been waiting to see how it plays out in other states, hoping I'd be proven wrong...but today's news out of Arkansas sadly proves that everything that I and other healthcare advocates have been predicting would happen is exactly what's happening.