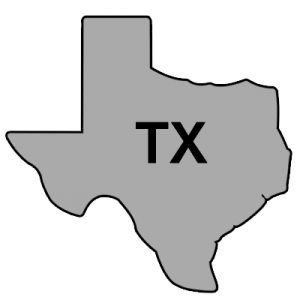 Normally at this point in the year I only do full rate hike write-ups for states when their approved rate changes are made public by insurance regulators. I'm making an exception for Texas, however, because my preliminary analysis of the statewide average premium changes back in June was missing a huge portion of the market--I only had around half the ACA individual market accounted for, and I repeatedly warned that the missing enrollment and rate change data could easily skew the statewide average higher or lower.

Well, it's early September now, and not only do I have access to pretty much all of the missing data now, some of the rate filings have changed significantly as well. At the time, I estimated Texas carriers as requesting average rate increases of just 1.5% overall, with them dropping around 10.6% if not for the ACA's individual mandate being repealed and Trump's expansion of #ShortAssPlans.

Instead, with the missing data filled in and two carrier filings updated (BCBSTX and Molina), it now stands at an average hike of 3.7%, or an 8.7% estimated premium reduction without the sabotage factors.

Unsubsidized enrollees in Texas pay around $538/month for ACA-compliant policies on average, so the GOP's 2018 sabotage of the law means they'll have to pay around $800 more next year than they'd otherwise have to. 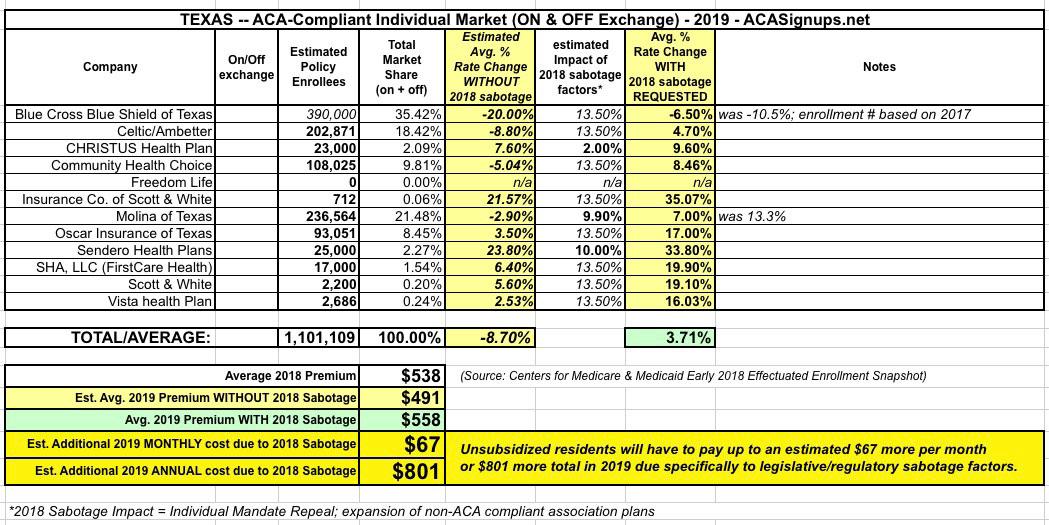 I posted screen shots from several carriers back in June; the ones below are either from revised filings for Blue Cross and Molina or from the carriers which I didn't have access to earlier in the summer: 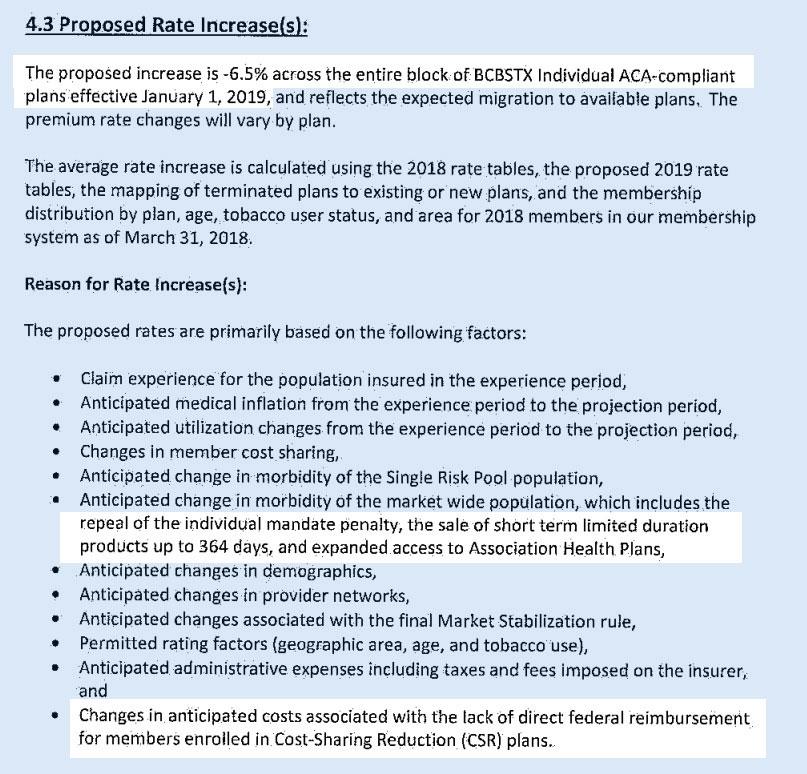