IT'S OFFICIAL: Republicans WILL repeal the ACA if they retain control of Congress, PERIOD. 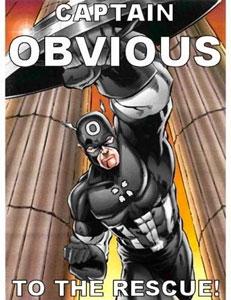 This shouldn't come as a surprise to anyone, of course, but it's actually good to have Vice President Pence state it point-blank:

Vice President Pence said Thursday that Republicans plan to give another try to repealing and replacing ObamaCare if they do well enough in November’s elections.

Pence made the remarks to reporters while in Wisconsin to campaign for GOP Senate candidate Leah Vukmir, saying that if she wins, it would help Republicans with their goal of eventually repealing the health-care law.

“We made an effort to fully repeal and replace ObamaCare and we'll continue, with Leah Vukmir in the Senate, we'll continue to go back to that,” Pence told reporters.

This comes on top of similarly unequivocal statements by several Republican Senators a day earlier:

Senate Republicans say they would like Arizona Gov. Doug Ducey (R) to appoint a successor to the late Sen. John McCain (R-Ariz.) who, unlike McCain, would support GOP legislation to repeal ObamaCare.

Republican lawmakers say they won’t have time to hold another vote to repeal the law in 2018 but vow to try again next year if they manage to keep their Senate and House majorities.

“If we re-engage in that discussion in some point in the future, it would be nice to have members who enable us to pass it,” Senate Republican Conference Chairman John Thune (S.D.) said when asked about the possibility of ObamaCare repeal legislation coming up for a future vote.

Sen. Ron Johnson (R-Wis.) said he hopes the next senator from Arizonawill be a “strong ally” who “recognizes that ObamaCare is not a proper solution.”

...A senior Senate GOP aide said the chamber would “absolutely” vote again to repeal ObamaCare but cautioned it would depend on “if we keep the House.”