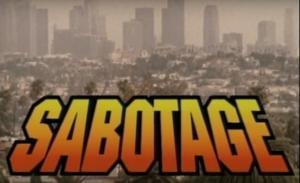 Over at the New York Times, ACA-supporting University of Michigan law professor Nicholas Bagley (who I've quoted/cited here many times before) and Yale law professor Abbe R. Gluck (who's also a member of the conservative Federalist Society) have co-written an interesting op-ed piece which cuts to the heart of not only Donald Trump's relentless attempts to sabotage, undermine and otherwise stab the ACA through the heart, but the larger issue of the President's responsibility to "faithfully execute" the law of the land:

From the moment he took office, President Trump has used all aspects of his executive power to sabotage the Affordable Care Act. He has issued executive orders, directed agencies to come up with new rules and used the public platform of the presidency in a blatant attempt to undermine the law. Indeed, he has repeatedly bragged about doing so, making statements like, “Essentially, we are getting rid of Obamacare.”

But Mr. Trump isn’t a king; he doesn’t have the power to dispense with laws he dislikes. He swore to preserve, protect and defend the Constitution of the United States. That includes the requirement, set forth in Article II, that the president “take care that the laws be faithfully executed.”

Faithfully executing the laws requires the president to act reasonably and in good faith. It does not countenance the deliberate sabotage of an act of Congress. Put bluntly: Mr. Trump’s assault on Obamacare is illegal.

That is also the message of a lawsuit — the first of its kind — filed this month in federal court in Maryland. Brought by several plaintiffs including the cities of Chicago, Cincinnati and Columbus, the lawsuit recounts the “relentless and unlawful campaign to sabotage and, ultimately, to nullify” the Affordable Care Act. Taken individually, some of the Trump administration’s actions may be defensible. Taken together, they amount to a derogation of his constitutional duties.

I have no idea whether the lawsuit in question will actually go anywhere; my guess is that it won't make it far, and even if it does, a Trump-controlled Supreme Court will almost certainly kick it to the curb. Then again, that may become a moot point if the idiotic #TexasFoldEm lawsuit destroys the ACA before this case gets there anyway.

The fact that a Federalist Society member has co-written the NY Times essay is interesting. The biggest rebuttal to this case I can think of is likely that President Obama's Justice Department deliberately chose not to strongly enforce federal laws regarding marijuana, along with criticisms of his immigration/deportation policies via DACA and so forth (even though he actually deported more undocumented immigrants than his predecessors for his first term in office).

However, I'm pretty sure there are some important differences between those situations and this one. Bagley pointed me towards this collection of legal essays which go into the legal side of enforcement of the "Take Care" clause. Bagley himself wrote a piece back in 2014 specifically delving into, ironically, the legality of the Obama administration delaying enforcement of ACA provisions such as the employer mandate:

Under the Affordable Care Act (ACA), the employer mandate — the requirement that most employers offer health insurance to their workers or pay a tax penalty — was scheduled to go into effect on January 1, 2014. Last summer, however, the Obama administration announced that it was delaying the mandate for a year. The administration has now extended the delay for mid-size firms until 2016.

The latest delay has spurred another round of accusations from critics of health care reform that the Obama administration has acted unlawfully in implementing the ACA. Similar accusations followed the announcement of a 1-year delay for some insurers of the ACA caps on out-of-pocket costs, as well as the decision to allow people to keep their preexisting health plans through 2016, even if the plans are out of compliance with the ACA (see table). A heated, confusing, and often ill-informed debate has now erupted over the legality of delaying portions of the health care reform law.

...At what point does a decision not to enforce the law ripen into a decision to dispense with it? The answer is not always clear. Take, for example, the delay of the ACA's insurance rules for people who want to keep their current, nonconforming plans. Viewed one way, the delay just postpones enforcing the ACA's rules against relatively few existing health plans, even as those rules take effect for the large majority of plans, including plans sold on the insurance exchanges. From another perspective, the delay flouts provisions of the ACA that had become politically inconvenient. No crisp line separates routine nonenforcement from blatant disregard.

The reason for the employer mandate delay was, I believe, a technical one: The business industry had insisted that they simply needed more time to restructure their employment databases/etc. to bring them in compliance with the law. If memory serves, this delay was actually, ironically, the original basis for the infamous "House vs. Burwell" lawsuit brought by House Republicans (yes, that's right: The GOP, which hates the employer mandate, sued President Obama for delaying implementation of the employer mandate). That portion of their lawsuit was eventually thrown out...but the other portion (the legality of funding for Cost Sharing Reduction reimbursement payments) was upheld, and eventually led to the Trump Administration cutting those payments off over three years later.

The reason for the second decision (allowing an extension of noncompliant "transitional" policies for about 5-6 million people) was, as Bagley notes, pretty much completely political--several million people were screaming bloody murder over the "if you like your plan you can keep it" debacle, so Obama's HHS Dept. bowed under pressure and allowed individual states to decide whether or not to require insurance carriers to stick with the original timeline. Some did, some didn't; as far as I can tell, around 4 million people got to hold onto their pre-ACA policies who probably weren't supposed to under a strict interpretation of the law.