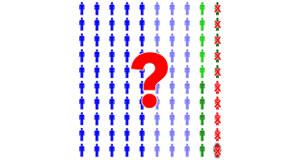 The policies will be available for 12 months at a time, up from a current limit of three, and customers will be able to renew them for additional years.

(In other words, "Short-Term, Limited Duration" plans will no longer be either "short-term" or of "limited duration")

The new rules are the second tool the administration has devised lately to foster low-price insurance that circumvents the Affordable Care Act’s coverage requirements and consumer protections. In June, the Labor Department issued rules that will make it easier for small companies to buy a type of insurance known as association health plans and, for the first time, allow them to be sold to people who are self-employed.

As a reminder, I'm reposting my video explainer about why expansion of STLDs are terrible for most people (I also covers other types of non-ACA compliant policies).

Part One explains the general concept of how Risk Pools work and why "High Risk Pools" (which preceded the ACA) were such a disaster in practice:

Part Two explains what the Trump Administration is doing with Short-Term and Association Plans and why expanding these, especially in conjunction with the Individual Mandate being repealed, will take an existing problem and make it much worse: