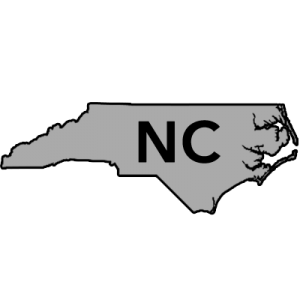 “This is the first individual market rate decrease in Blue Cross NC history and will benefit people across North Carolina. We’re moving in the right direction, but even with a lower rate, premiums are still too high – particularly for those who don’t get a subsidy,” said Dr. Patrick Conway, President and CEO of Blue Cross NC. “With more certainty from Washington, rates would be 15 percent or more lower. We must address both market instability and the rising price of health care.”

During the first three years of the ACA, Blue Cross NC lost more than $450 million dollars on the plans. Despite these losses, the insurer remained committed to offering coverage in all 100 of North Carolina’s counties. Those losses, however, necessitated rate increases. Now, for the first time since entering the ACA marketplace in 2014, Blue Cross NC is able to reduce rates by an average of 4.1 percent. The rate decrease will reduce health care costs by $120 million in 2019. Blue Cross NC is proud to serve over 475,000 ACA customers and expects to once again be the only ACA insurer in all 100 counties.

As always, rates vary based on location, age, subsidy amount, and plan. Blue Cross NC will make regional rates public after North Carolina Department of Insurance (NCDOI) approval, in late August or early September. For competitive reasons, Blue Cross NC is not releasing specific pricing information at this time. Individual premiums will be available in October.

Although some areas may see a rate increase, all requested county increases are less than 10 percent.

BCBSNC was also very transparant with the details...I wish every carrier was this clear about the breakout:

Many factors went into the Blue Cross NC’s rate filing:

The average unsubsidized ACA indy plan enrollee is paying $765/month in North Carolina. 4% of that is $31/month, or $367 more for all of 2019 due specifically to the ACA's individual mandate being repealed.

The 14% CSR cut-off sabotage factor is important as well, of course, but that belongs in the 2017 sabotage category, not 2018 (however, that amounts to an additional $1,285 per enrollee this year and next).

I'll update this entry when Cigna's 2019 rate filing comes out, but it's safe to say that BCBSNC's 4.1% drop will be pretty close to the statewide average change.

Through new arrangements with regional providers, Blue Cross NC will be reducing pre-subsidy premiums in Charlotte and Gastonia. Blue Local with Atrium Health and Blue Value with Novant and Caromont will continue to be offered.

Rates are also being reduced in the Triangle due to a new agreement with UNC Health Alliance, UNC Health Care’s physician-led clinically integrated network that includes independent and UNC Health Care providers, which share a common goal of delivering high quality, cost effective care. Clinical integration brings together the different parts of care for the patient – primary care, specialists, urgent care and hospitals – to ensure patients receive coordinated care across a wide variety of care settings.

This collaboration between Blue Cross NC and UNC Health Alliance will allow a reduction in pre-subsidy premiums, while keeping benefits similar.

Blue Cross NC will no longer offer its Blue Local product with Duke Health and WakeMed. Blue Cross NC has about 50,000 customers residing in 12 counties currently enrolled in the product.

Customers in Granville and Vance Counties with Blue Local will have access to Blue Advantage and Blue Select plans. These plans have a broader network that includes UNC Health Alliance, Duke Health, WakeMed and multiple other providers. While premiums for these two plans may be higher than what Blue Local currently costs, subsidies are available for those who qualify.

Blue Local with Duke Health and WakeMed will stay in place through the end of 2018. Blue Local customers can continue seeing their current doctor until the end of the year.