Dear Healthcare CEOs: Here's a hint as to why people aren't more sympathetic to your plight... 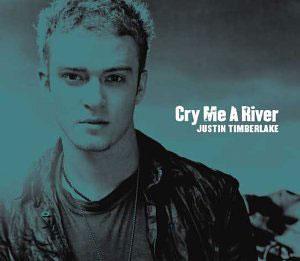 In the nearly five years I've been operating this website, I've made it clear that while I'm not a fan of the private, for-profit health insurance industry, I have tried to put myself in their shoes when it comes to business decisions about whether or not to participate in the ACA exchange market and so forth.

For instance, when Blue Cross Blue Shield of Tennessee baked a 7.1% premium hike into their projected 2019 premiums to cover themselves in case the #RiskAdjustmentFreeze turned into a years-long saga a few weeks ago, I noted that it was completely understandable, given the history of CMS reneging on contractual promises over the past few years (first with the Risk Corridor Massacre, then with Cost Sharing Reduction reimbursement payments). In other words, you may think health insurance companies are Evil Greedy Monsters, but a contract's a contract.

Even so, it's understandable that the general public usually plays the world's smallest violin for insurers when they see headlines like this:

The 64 health care CEOs in the S&P 500 cumulatively made almost $1.7 billion in 2017, according to a new Axios analysis of their compensation. That total is 74% higher than the $949 million that is normally highlighted in company proxy documents.

The details: Within the compensation totals, Axios' Bob Herman calculated the actual realized gains of CEOs’ stock options and awards (shares that were actually exercised and taxed), versus the estimated fair value of their stock (a guess of future stock value that is prominently featured in SEC filings and headlines).

Actual realized gains is a more accurate representation of an executive’s take-home income.

Granted, Hollywood normally pays movie stars those figures, and there's plenty of professional athletes and musicians who take home that kind of loot as well...but the difference is that no one's hospital bill size depends on whether Robert Downey Jr. gets paid $1 million or $100 million.

UPDATE: It's been pointed out to me that many of the 64 CEOs listed actually work for non-insurance companies (i.e., pharmaceuticals, etc.), but there are certainly a fair number of health insurance CEOs on the liast as well, and even the one at the bottom of the list still earns well over $2 million, so my larger point still stands.

(To any health insurance carriers whose CEOs have total compensation of under $1 million, this post wasn't addressed to you in the first place).