Here we go again: Could new twist in lawsuit mean CSRs get paid after all? 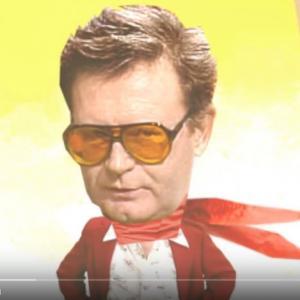 Once again, here's a short version of the long, stupid saga of the Cost Sharing Reduction (CSR) program:

That brings things up to today, breaking via Amy Lotven of Inside Health Policy:

The Wisconsin-based health plan leading a class action suit against the administration for failing to pay the Affordable Care Act's cost-sharing reduction payments says a recent court decision on the risk corridor program compels the U.S. Court of Claims to rule in their favor on CSRs.

In an updated motion for summary judgment filed Tuesday (July 23), the issuer, Common Ground Health Care, notes that the court in the risk corridor ruling in Moda and Land of Lincoln acknowledged the government was obligated to pay under the law but was superseded by Congress' move to block the funding in appropriations bills. However, because Congress did not block CSR payments, and instead just failed to make an appropriation, the government is still obligated to make those payments, Common Ground Health Care argues.

In other words, the carriers have a legally-binding contract with the federal government to get reimbursed for their expenses; just because the Congress in office in 2010 forgot to include a simple note saying "HHS has our OK to make these payments", the government shouldn't get to weasel out of paying them what they're owed:

...a 'mere failure to appropriate' legally has no effect on the Government’s obligation to pay,” Common Ground says in a filing.

If the judge in the case agrees with Common Ground, it presumably could lead to CG (and potentially the other carriers) getting their $2B Q4 2017 money, and if that's all there was to it the story would end there. However...

Common Ground also dismisses the government's argument against the issuers' motion for a class certification on the grounds that many of the potential class members did not suffer harm due to the “silver-loading “practice. Common Ground says that, as the court itself opined in rejecting the government's motion, there is no statuary provision that permits increased premium tax payments to offset the loss of CSRs. “The reality is that, absent a specific statutory provision, the Government’s obligation to make payments according to a money-mandating statute is absolute,' the filing says. ”

Common Ground, which is seeking CSR payments for the final quarter of 2017 and the first two quarters of 2018, asked the court to delay a ruling on the motion until the “opt-in” period for the class action case has passed.

As a layman, it seems to me that the most appropriate ruling under the circumstances would be to make the government pay for the last 3 months of 2017 only, but to cede everything after that to the Silver Loading solution.

However, it may not play out that way...and in fact, it's entirely possible that the judge can't give a "3-month only" ruling. This might be an all-or-nothing kind of thing: Either the government doesn't have to pay anything (in which case the carriers kiss the $2 billion from last year goodbye) or they have to pay everything...which wouldn't just stop with 2017.

If that ends up happening (and my guess is that it would still be bogged down in the court system for awhile anyway), then we could potentially be looking at a "double-dipping" scenario in which the insurance carriers get paid twice for their CSR expenses: Once officially and once via this years' excess enrollee premium rates.

What would that mean for 2019? Well, again, this'll probably drag out for another year or so, but if it doesn't, it's conceivable that CSR payments would have to resume being paid later this fall (possibly 1 year to the day from when they were cut off?), which would lead to a reverse of last fall's chaos, as insurance regulators force carriers to drop their rates by ~14% or so just ahead of the contract deadline (not to mention just ahead of the midterms...). Remember, nearly every carrier is already preparing to Silver Load or Silver Switch next year, so they'd all have to completely reverse course.

While this might sound like great news on the surface, remember that restoring CSRs would actually mean substantial premium increases for millions of people. All of those earning 200-400% FPL who saw their 2018 tax credits increase this year (lowering what they paid dramatically) would suddenly see those credits decrease next year, raising what they actually pay.

In other words: Cutting off CSRs helped lower-income people but hurt middle-class people. Reinstating them would reverse this, screwing a completely different set of several million people.