For anyone who thinks insurance companies are in cahoots w/the GOP on #TexasFoldEm... 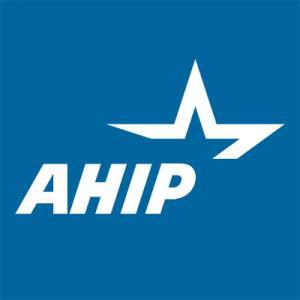 “Millions of Americans rely on the individual market for their coverage and care, and they deserve affordable choices that deliver the value they expect. Initial filings for 2019 plans have shown that, while rates are higher due to the zeroing out of the individual mandate penalty, the market is more steady for most consumers than in previous years, with insurance providers stepping in to serve more consumers in more states.

“We agree with the Administration that a preliminary injunction should not be granted to the plaintiffs. We also agree that the Affordable Care Act’s (ACA) provisions affecting Medicaid, Medicare Advantage, and Medicare Part D should remain law. However, we believe that a declaratory judgment would have the same destabilizing effect as a preliminary injunction, and therefore should not be granted.

“Zeroing out the individual mandate penalty should not result in striking important consumer protections, such as guaranteed issue and community rating rules that help those with pre-existing conditions. Removing those provisions will result in renewed uncertainty in the individual market, create a patchwork of requirements in the states, cause rates to go even higher for older Americans and sicker patients, and make it challenging to introduce products and rates for 2019. Instead, we should focus on advancing proven solutions that ensure affordability for all consumers.

“Final resolution of this case will take time, given that the litigation is in its preliminary stages at the district court, and any ruling will be subject to appeal. AHIP will file an amicus brief that opposes the state plaintiffs’ request for emergency relief, and provides more detail about the harm that would come to millions of Americans if the request to invalidate the ACA is granted in whole or in part.”

Look, many health insurance companies are guilty of a long list of sins, and obviously private carriers are hoping to maximize their profits...but the thing is, they've finally figured out how to price for ACA regulations. It took five years to fully overhaul their entire pricing, actuarial and operational models, but they did so. Going back to medical underwriting, etc. would require completely overhauling and retooling their entire business model again, which would cause even more massive confusion and uncertainty.

If this was being done in the name of providing more people with quality, affordable healthcare, it might be worth the disruption...but it isn't. What would happen at best is lower prices for (currently) healthy people while those with some types of pre-existing conditions would once again be doomed to personal bankruptcy and/or death. At worst, the entire U.S. healthcare system would collapse altogether, given how intricately woven into the fabric of every aspect of it the ACA has become.

I don't often agree with the private insurance lobby, but in this case they're dead on target.