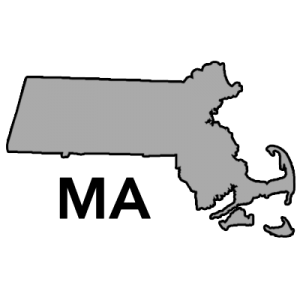 Unfortunately, the bill was vetoed by GOP Governor Brian Sandoval a couple of weeks later, and that was pretty much the end of that.

Well, it turns out that Nevada wasn't the only state which came close to such a law. This morning, Kimberly Leonard of the Washington Examiner closed out a roundup of various ACA protection/expansion bills in the works at the state level with this:

Billed as a state "public option," a handful of states are considering legislation that would allow more people to buy into Medicaid.

The Medicaid plans would compete directly with the private health insurance plans that are sold on the exchanges, and would likely be less expensive but would also reimburse doctors and hospitals at a lower rate. The proposal got furthest in Nevada last year, but was ultimately vetoed by Republican Gov. Brian Sandoval, who said more research was needed.

The Massachusetts Senate passed a bill in November to allow a Medicaid buy-in, and New Mexico has set up a task force to study the possibility. Other bills have been introduced in Iowa, Minnesota, Missouri, New Jersey, and Washington.

There's a provision tucked into a sweeping health care bill approved by the Massachusetts Senate that would let anyone, no matter how much you earn, buy insurance through the state's Medicaid program.

Medicaid, which is free insurance for low- and moderate-income residents, typically has lower costs than private plans and can be better coverage for some services, like mental health. No states currently sell insurance through Medicaid, but this year, a handful of states are or have considered it.

Michael Sparer, who teaches health policy and management at Columbia University's Mailman School of Public Health, has published a number of articles in support of a so-called Medicaid buy-in, a movement he calls "Medicaid for More." Sparer joined WBUR's Deborah Becker to discuss the provision passed by the Senate.

Huh. OK...so what's the bill in question? Apparently it was called "S 2200", and it passed the state Senate by a wide margin:

A sweeping package of reforms supporters said aimed to fix broken elements of the state's health care system while also saving consumers money passed the Senate on a 33-6 vote at midnight Thursday.

The bill sets a target for reducing hospital readmissions and imposes new oversight on the pharmaceutical industry. It aims to cut down on unexpected consumer costs like out-of-network charges and facility fees, and to increase access to telemedicine and mobile integrated health, which involves paramedics performing non-emergency services.

It sounds like the Medicaid buy-in option must've been sort of buried in the bill, because they didn't even mention it in the list above...it took a second article, which specifically described the provision as being "tucked into it", to bring it to light.

Whether any provisions actually make their way into law depends on action in the House, where Rep. Peter Kocot, Welch's co-chair on the Health Care Financing Committee, said Thursday he hopes to have a bill ready for debate early next year after he wraps up his own meetings and analysis. The Senate bill (S 2200) was developed by a group of senators, outside the traditional joint committee process.

OK, so whatever happened to S 2200? I'm honestly not sure. I ran a cursory search of the MA Legislature website but haven't found it there yet.