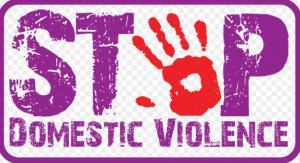 Can you believe that ? This is just going to increase cost for everyone on the state exchange !

*Not his real name.

OK, a couple of things:

I can only assume that "Bob" assumed I would share his callous attitude because I was pretty heavily involved in debating the "SEP Gaming the System" brouhaha a few months back. What Bob seems to have missed, however, is that my only concern there was about preventing ineligible people from taking advantage of the rules, not about people who are genuinely trying to escape from someone who abuses them or their children.

I'm aware that it can be difficult to "prove" that you're a domestic abuse victim (that's part of what attracts abusers to doing so), so while I think you should have to provide some form of documentation for things like getting married or giving birth, I'm quite fine with being pretty lenient on the "proof" when it comes to domestic abuse victims. Therefore...

UPDATE: I've received a message from "Bob" in response to this post. Since I called "Bob" out here, I'm going to give them the courtesy of presenting their explanation as well:

That was a lovely response to "Bob" !

I am however interested in Bob's concerns about cost.

I happen to know that in addition to the Special Enrollment Period (SEP) for domestic violence, which Bob brought to your attention, the Governor of New York signed a billed in December 2015 that also created a SEP for pregnant women.

These measures are no doubt politically popular and difficult to publicly oppose; as several New York insurance executives noted when SEP for pregnant women was debated last year. The measures however impose additional cost (or rather further socialize cost ) on all participants in the exchange and may encourage some people to only enroll when they need care which will further increase costs for all participants. In addition, the SEP for domestic violence and pregnancy seem to suggest that New York may be succumbing to the temptation ( or the pressure) of creating SEPs that benefit politically active constituents. How long before we have a group demanding that we create a SEP for breast cancer? If this trend continues, it will only undermine the risk pool on the exchange and give more fodder to the critics of the ACA.

I imagine that at this point a reader may wonder if I am against proving healthcare to pregnant women and the victims of domestic violence.

We just need not to confuse insurance with the moral obligation to get healthcare to people who need it.

We can provide healthcare to pregnant women and victims of domestic violence in a cost effective manner by a directly funded program like Medicaid rather than via SEP for insurance on the exchange.

I will admit though that all of the above is in no way as interesting as Charles Gaba's politically savvy ( or correct) response to Bob. :-D

These are fair points. However, there's an important distinction when it comes to domestic abuse victims.

In a domestic violence situation, however, the victim (usually female, but not always) may already have been covered, but has no choice but to flee the area. Perhaps they don't dare make any claims on their existing insurance policy since their spouse will use that information to track them down. Perhaps they're financially dependent on their abusive spouse/partner who wouldn't let them get covered by the deadline (and no, it's not always possible for people to go through the process--even for enrolling in Medicaid--if they're trapped in an ugly, controlled relationship).

On another note, I also want to use this as an opportunity to point out that maintaining quality health insurance coverage needs to be a priority year in and year out. Jenks notes that "Pregnancies are often unplanned, making limited enrollment periods impractical for many women." But can't that be said of any medical condition? In fact, I would say pregnancy is one aspect of healthcare that's probably much more likely to actually be planned. While about half of pregnancies are planned, I doubt the same could be said for cancers, heart attacks, or car accidents.

In other words, while not all pregnancies are planned, overall it's a lot less "random" than most other expensive healthcare incidents.

Is there a line which needs to be drawn? Of course. Is pregnancy that line (again, assuming it's not caused by rape/incest)? Perhaps. Is domestic violence well within that line? In my opinion, absolutely.

Is it possible that some people are taking advantage of this SEP? Perhaps, although the only way that happens is if someone legally declares that their partner is guilty of domestic assault. I'm guessing that wouldn't go over too well for anyone not guilty of that. I can see the conversation now:

"Honey, I missed the enrollment deadline! Do you mind if I legally declare that you've been beating me up so I can enroll in a healthcare policy this week?"

"Sure, dear! Go ahead! I'm not at all concerned about that!"

There's a big difference between, say, fibbing a little on your taxes by claiming lunch as a business expense when you didn't actually talk shop...and officially accusing your husband of being a wife beater.