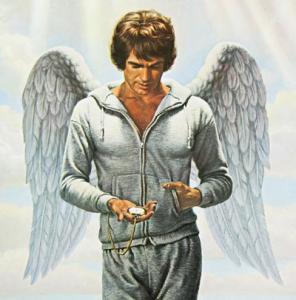 That's the simplest and most obvious takeaway I can get from a new customer survey from eHeatlh Insurance, the online health insurance broker.*

*(No, they aren't paying me anything, and I have no idea whether they're a good or bad company to do business with. I do know they do a reasonable amount of business and they cover most of the country, so their findings are likely reasonably representative).

The lede pretty much says it all:

A new survey by eHealth, Inc. finds that individual and family health insurance consumers are cost-stressed, confused about the state of the Affordable Care Act (ACA) and worried about the future of their benefits. They believe that all health plans should provide rich benefits, but they’re unwilling to shoulder the costs often associated with those benefits. They’re bringing their frustrations over the state of health care to the ballot box in 2018.

These are among the findings of eHealth’s nationwide survey of more than 1,700 consumers who purchased their ACA-compliant individual and family health insurance at eHealth.com. Special analysis is provided to identify variations in responses among men vs. women, younger adults vs. older adults, and subsidized consumers vs. the unsubsidized consumers who bear the burden of premium increases and who comprised 60 percent of survey respondents.

This last point is important to keep in mind: 60% of the survey respondents are unsubsidized. This is almost the reverse of the national situation, where around 60% of all ACA-compliant individual market enrollees are subsidized, and only 40% aren't. Even so, it should be fairly representative of that crowd.

(sigh) Look, I'm a universal coverage advocate who'd ideally prefer to utilize some variant of a single payer payment system to achieve it. Having said that, I think the cognitive dissonance at play here is pretty obvious. IF you're going to have a "free market" based healthcare system then yeah, someone's gonna have to pay for including the Essential Health Benefits (EHBs) mandated by the Affordable Care Act. The problem is not mandating guaranteed issue, community rating or EHBs, the problem is a) the actual cost of the services and b) the lack of subsidies for those over 400% of the Federal Poverty Level.

Over at Balloon Juice, Dave Anderson addressed a key point regarding why "$200/month" seems to be the "approved" premium:

Most people, most of the time, are fairly low cost individuals. Of the people with high, persistent costs, a good chunk of them are either in Medicare or Medicaid. If they are in Medicare, the Part B premiums tend to be under $200 for most individuals. If someone is covered by Medicaid, their premiums tend to be nominal. The universe of people who earn over 400% FPL and are shopping for their own individual market policy is likely to be a fairly healthy as a group.

I'll add another point to this: Nearly half the country is covered by employer-sponsored insurance. How much of that is actually paid for directly by the employees?

Yup. The truth is that those employees are paying a lot more of their premiums than they think, since the employer portion is supposed to be part of their compensation...but the vast majority of people don't think of it in those terms. They don't think "I earn $45,000, but $5,000 of that is actually paid by my employer to cover most of my insurance premiums, with me paying the other $1,200". They think "I earn $40,000, and pay $100/month in premiums." In the case of a family, in their heads they're only paying about $400/month. The link above is from 2015, so the employee portion has likely gone up a bit since then, but the odds are that it still doesn't average more than...around $200/month per person, I wouldnt' think.

Now, dealing with the actual provider/service cost side is a whole other discussion (this gets into things like price controls, all-payer ratings, using Medicare or Medicaid pricing as a standard, letting Medicare negotiate drug prices and so on), but regarding my second point above (the subsidy cut-off) this is precisely why I've long called for removing the 400% FPL cut-off for APTC subsidies and beefing up the underlying formula so that no one of any income has to pay more than a certain percent (several proposals seem to think 8.5% is a reasonable maximum) of their income in healthcare premiums (as well as deductibles and co-pays). What's that? It would mean raising taxes by a few thousand bucks on the wealthiest 1% of the population? Yeah, I'm not losing any sleep over that.

Of course that brings us to point number three...

It's important to remember that while this survey is of a large pool (1,700 people) and should be pretty representative nationally, it's specifically limited to people enrolled in ACA-compliant individual market policies.

In other words, this isn't coming from people on Medicare, Medicaid, Employer-sponsored insurance, the VA, Tricare, the Indian Health Service, those enrolled in non-ACA plans like short-term, association or "health sharing ministry" plans...this specifically represents the ~5% or so of the U.S. population currently enrolled in ACA-compliant individual policies.

I haven't done a deep dive into the full survey yet. I'll update this post once I've had a chance to do so, but I'm guessing my current headline will remain a pretty good summary.