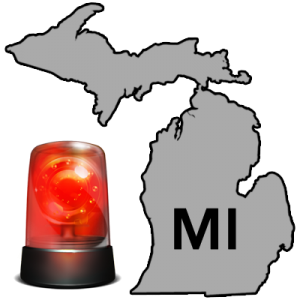 As I noted last week, the Republican-controlled Michigan state Senate rammed through a draconian work requirement bill for ACA Medicaid expansion enrollees in spite of the fact that it would serve no positive purpose and would only "save money" by kicking thousands of low-income Michiganders off their healthcare coverage while actually harming the economy.

I further noted that while I was pretty sure the bill would easily pass the state Senate (where the GOP holds a supermajority) and will likely pass the GOP-controlled state House as well, there is a decent chance that it could be vetoed by GOP Gov. Rick Snyder. Snyder is guilty of a long list of sins during his time as Governor, including being indirectly responsible for the water supply for the entire city of Flint being poisoned a few years back. At the same time, oddly, once in a blue moon he'll actually do something decent and good, and the one he deserves the most praise for on this front is pushing to get Medicaid expansion through in the first place.

Furthermore, Snyder has repeatedly expressed pride in the "Healthy Michigan" program (MI's name for ACA Medicaid expansion) and has touted it as a major success. Finally, he's term-limited and out of office in just 8 months (as well as being a billionaire), so it's not like the GOP has a whole lot of sway over him these days.

Well, today my suspicions were at least partly confirmed. In this Editorial from the usually arch-conservative Detroit News, their board not only confirms that Snyder is likely to veto the bill as it currently stands, but the DetNews board itself also urges the state House to tone the bill down quite a bit. They're still calling for some sort of work requirement, mind you (they are still the Detroit News, after all), but at least they recognize that the current incarnation of the bill is extreme even by GOP standards:

Michigan needs more workers to fill the jobs now vacant in its expanding economy. And it needs fewer residents collecting Medicaid benefits, if it is to keep that program solvent for those truly in need. Both goals can be accomplished with a reasonable version of the Medicaid work requirement bill moving through the Legislature.

Again: I obviously disagree strongly with their basic premise...but here's the key point:

But it must be the right version, and the bill passed by the Senate last week is not the one.

Gov. Rick Snyder will most likely veto the Senate bill should it also be adopted by the House and sent to him for signature.

The governor’s spokesmen said, “this version of the bill is neither a reasonable nor responsible change to the state’s social safety net. We should not jeopardize the success of Healthy Michigan, which has helped hundreds of thousands of Michiganders who no longer have to choose between taking care of their health or paying their bills.”

The governor tried to work with the Senate to make the bill’s work provisions less stringent and to provide more exemptions for Michigan residents who may struggle to meet its demand that able-bodied Medicaid recipients either work or train for work to keep their eligibility.

The state Senate apparently blew Snyder off altogether and rammed their version of the bill through anyway.

I applaud the Detroit News editorial board for at least recognizing how inhumane the Senate bill is. However, they still don't get the larger problem with their philsophy:

It is essential to reduce the Medicaid rolls. Unless something changes, the Healthy Michigan program, drafted in response to Obamacare and now serving 670,000 residents, is at risk of going bust in two years.

There's a simple solution to this problem which doesn't involve kicking people off their healthcare coverage: Reverse a few of the massive tax cuts which have been given to large Michigan corporations over the past 7 years. You'd be amazed how much money would pop up to cover the 10%-at-most cost of ACA Medicaid expansion.

Meanwhile, Michigan residents can visit the Action Network website to contact their state Representative to urge them to vote NO on work requirements for Medicaid.