Thought the politics of the Hyde Amendment couldn't get dumber? Guess again. 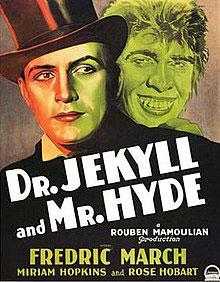 Yesterday I noted that the GOP is attempting to tack on additional "abortion restriction" language into the proposed ACA stabilization portion of the "must-pass" Omnibus Spending Bill set to be voted on next week. However, the actual wording of the "abortion language" was left a bit vague:

I wrote an extensive piece about the way abortion coverage is currently handled for ACA exchange policies back in October 2017:

The actual wording of Section 1303 clarifies that the "separate account" payment has to be at least $1.00 per month per enrollee

Let's say that a given plan from a given policy has 10,000 people enrolled in it.

Right now, all 10,000 of them (whether male or female, whether of child-bearing age or not) have $1 per month of their premiums extracted, separated out and deposited into a special "Abortion Fund". That's $120,000 per year. As I number-crunched last October, around 2,400 of them would likely be women of child-bearing age, and of those, only around 45 likely actually had an abortion performed. At an average full-price cost of around $500 per abortion, assuming the carrier covers around 70% of the cost, that's around $16,000 actually spent on abortion claims, with the other $104,000 just...sitting...in...the...fund.

As stupid as that is today, I found out some more details about what exactly this new proposed "abortion language" actually is, and it's just as stupid and insulting as I figured it would be:

Republicans want to prohibit any Obamacare stabilization funds from going toward coverage of abortion except in cases of rape, incest and if the woman’s life is in danger — and there is some dispute over how exactly the restrictions would be worded. Democrats are vowing to oppose any bill that imposes new abortion limitations.

...Still, among the Republicans and Democrats who support Obamacare stabilization, the key dispute is over the abortion policy.

Obamacare did not contain "Hyde" language — the prohibition on the federal funding of abortion named for its author, former Rep. Henry Hyde, that has been in every health spending bill since the mid-1970s. But Hyde language is a part of nearly every other federal health program, including Medicaid and the Children’s Health Insurance Program, a factor that has Republicans confident Democrats will acquiesce in the name of helping the health care law’s markets.

...Obamacare plans are allowed to cover abortion, but the law let states opt to prohibit abortion coverage in the plans offered in their states. As a result, 26 states enacted some kind of restriction, whether a flat out prohibition or limitations on when it can be covered, according to the Guttmacher Institute, a research organization that supports abortion rights. Eleven states restrict abortion in any insurance plans written in their states.

I asked Politco reporter Jennifer Haberkorn about this, and she clarified:

Correct, but it is not Hyde. GOP wants it. Dems argue that Hyde language could prohibit a state from using the stabilization funding if its risk pool includes a policy that covers abortion. https://t.co/VUhk75Q9vF

Oh for God’s sake…OK, so now they’re saying that if 1 person is enrolled in 1 policy which covers abortion—even if no one actually HAS an abortion and if they did it would have to be paid for via separate fund anyway—that any reinsurance $ going towards that policy “counts”???

Yes, that's right: Reinsurance funding is used to cover the bulk of the medical expenses of high-cost enrollees. Let's say the carrier has 50,000 enrollees total (10,000 in the policy described above, 40,000 in other policies. Let's say that 5% of those enrollees (around 2,500 of them) are high-expense enough to trigger reinsurance payments. Proportionately, around 500 of them will likely be enrolled in the "abortion plan". Of those, around 120 are likely women of child-bearing age...and of those, perhaps 2-3 might have an abortion at some point during the year (I don't imagine that a lot of people undergoing chemotherapy or whatever are likely to be having unprotected sex, but who am I to judge...plus, I suppose it could be the other way around: Perhaps the reason their medical expenses are so high is because they're having a troubled pregnancy...although in that case, I would imagine the "woman's life is in danger" factor would be triggered anyway).

Anyway...the GOP is arguing that because some of the reinsurance money might end up helping to cover a portion of the medical care for someone enrolled in a policy which happens to include abortion services--even if none of the enrollees actually became pregnant, much less had an abortion performed--that somehow this "counts" as "federal funds being used to pay for abortions".

Also, would prohibit CSR payments to insurance plans that include coverage of abortions.

Shoot me now. Again, both of these provisons, just like the existing language, are specifically intended to make it such a royal pain in the ass for insurance companies to comply with the absurd hoops they have to jump through that none of them will bother even trying...which would, as the Democrats have rightly noted, effectively wipe out any abortion coverage for any woman in the individual market.

Of course, as I noted above, this would also cause a hell of a legal problem in states like California, New York and Oregon which legally require indy policies to cover abortion...