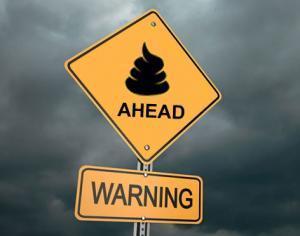 Yesterday the House Democrats laid out a completely rational, reasonable, responsible list of serious improvements to the Affordable Care Act.

The White House is seeking a package of conservative policy concessions — some of which are certain to antagonize Democrats — in return for backing a legislative package bolstering Obamacare markets, according to a document obtained by POLITICO.

The document indicates the administration will support congressional efforts to prop up the wobbly marketplaces, in exchange for significantly expanding short-term health plans and loosening other insurance regulations.

The document also makes several references to abortion language that will be problematic for Democrats. A potential stumbling block in passing any stabilization package is whether conservatives will insist on including language prohibiting the use of government dollars to pay for abortions.

...The list of White House policy requests includes allowing insurers to charge older enrollees up to five times as much as their younger counterparts, as opposed to the current three-to-one cap. That policy would require amending the Affordable Care Act.

...The document doesn't include support for reinsurance, which insurers have been pushing to shield them from the costs of particularly expensive customers.

The document also reiterates that the administration supports funding for cost-sharing reduction payments, which Trump cut off in October. The president's budget proposal including funding for the payments, which help insurers reduce out-of-pocket costs for low-income Obamacare customers.

Here's the document referred to:

Here's my Short-Term Plan primer. I find it interesting that Trump is even including these on the wish list, since he's already issued an executive order openoing up the floodgates for #ShortAssPlans. If that's the case...and if he's so sure that they're legal...why would he even bother demanding that the Dems lock his new deregulation in legislatively? Well, either a) he's not so sure that his EO is legal after all...or he simply wants to get the Democrats to get some of the #ShortAssPlan mud on them as well.

(As an aside, the reference to "without going though health underwriting" is confusing, because it sounds an awful lot like they're saying #ShortAssPlans should be required to include...guaranteed issue?? I mean, I'm all for that, but somehow I don't think that's what they mean by this...)

I have nothing against HSAs in general; they can be quite handy in a pinch. However, in order to utilize an HSA you have to actually have the money in the first place. For most people, I believe they amount to nothing more than a rebranded tax shelter. Again, I'm OK with expanding them a bit but this is hardly going to make a big difference for most people...even most "middle class families" (keep in mind that the Trump Administration's definition of "middle class" is quite different from most of the public's idea on what it means).

Right now the ACA mandates that insurance premiums can only vary by a 3:1 ratio. That is, older people can only be charged up to 3x as much as younger people. Moving to a 5:1 ratio would lower premiums a bit for younger people, but would make them far more expensive for older folks...and since someone 50-64 is a lot more likely to earn more than 400% of the Federal Poverty Line than someone 18-30, that means a lot more of them would be hit with the full force of the 5x higher premium to boot.

In addition to these three policies, any efforts to provide taxpayer money to stabilize the exchanges must be properly designed so that public dollars do the most good and that ensures all federal dollars are life-protected. The president also supports congressional efforts to fund and life-protect Obamacare’s cost-sharing reduction (CSR) payments after 2018. This would lower premiums for those who purchase their coverage on the exchanges as well as decrease federal spending due to a reduction in the premium tax credit amounts.

In return for all of this, what exactly would the Democrats "get" in return?

Official appropriation of Cost Sharing Reduction reimbursement payments...which, as I've noted many, many times over the past six months, would no longer even necessarily be a net benefit to the individual market thanks to the Silver Loading workaround.

If this is what their "negotiating" stance is gonna be, the Dems should tear up the memo, throw it in their face and flip them the bird on the way out the door. They have everything to lose and virtually nothing to gain by agreeing to this.