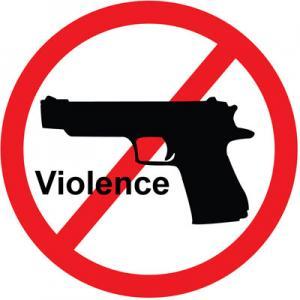 I'm incredibly impressed by students like Kasky, Gonzalez, as well as David Hogg (a student reporter who actually recorded interviews with the students while they were hiding from the murderer and Sarah Chadwick, who's pretty much obliterated Donald Trump and the NRA on Twitter. These "kids" are far more mature, eloquent and savvy about what's going on than most adults and should be listened to.

This isn't normally the sort of thing I write about, but gun violence is absolutely a healthcare policy issue, whether you're talking about the physical injuries, rehabilitation, mortality rates, psychological/emotional trauma or, of course, mental health. But even if it wasn't, I really don't care; I'm posting this anyway:

Before I get to the post itself, I’m aware that there are a lot of sick people out there who create/post fake accounts about this sort of thing (and of course these days there's also the whole "Russian bot" crap which we have to deal with on a regular basis). However, I'm about as confident as I can be that this is legit without getting into “doxing” territory.

I’ll address that after the post itself, which is a jaw-dropper. I’m reposting it verbatim, with permission:

Sitting in front of a computer now. Just now got home. Might be able to post some semi-clear thoughts. Today was awful. Today was a tragedy. Today, thousands of people within one square block felt pain and confusion.. had no idea what to do or what was happening. I was locked in a room with about 20 kids and a teacher (there were two other adults, but they were specialists for some special needs kids who also found shelter where we did.) Everybody was saying different things, everybody was spreading rumors... I heard at least three names dropped as to who the shooter was. We were all so distracted looking at our phones that we forgot somebody was shooting up our school as we spoke. So many people died. So, so many people died. Stoneman Douglas is an amazing school and I couldn't be luckier to go there. We have seriously prepared for this type of event and on many occasions. Without our amazing faculty, there is a good chance many more would have been killed. I'm feeling my #EaglePride really hard right now; I only wish I could feel it under better circumstances.

There are two less obvious awful things here. First of all, Rubio and Scott are about to send their thoughts and prayers. Those guys are garbage and if you voted for them, go to hell. You're just as bad as they are.

Another thing is the social media aspect. First of all, I saw a news station ask a kid to follow them over social media so they could ask him questions DURING the shooting. Hope they all accompany you Scott Rubio and Trump supporters in hell.

On a positive note, those lost will never be forgotten and the entire community will come together and remember just how lucky we are to have what we have.

Please don't pray for me. Your prayers do nothing. Show me you care in the polls. Anyone who is reading this is luckier than many people today. Remember that.

Before anyone asks: He’s already given multiple commenters permission to repost it publicly across social media, with his name attached.

As for the veracity of the account and the post: Yes, there is a 17 year old junior at Stoneman Douglas High School named Cameron Kasky who was quoted extensively in this Sun Sentinel article this evening:

Cameron Kasky, 17, a junior, left his drama class to pick up his special needs brother Holden, a 15-year-old freshman. First there was a fire alarm, then running. Somebody said there was a shooter. Cameron called that boy a vulgarity, furious anyone would make such an insensitive joke. But then there was a teacher screaming for them to get inside. More confusion.

The brothers ran into a classroom, the door was locked behind them, the students crouched. “I didn’t let go of that kid for an hour and a half,” Cameron said of his brother, who has autism. “I told him, ‘Look, Holden, we’re going to be here for awhile.’”

And they didn’t leave until a SWAT team broke the door’s glass to get everyone out.

“It was difficult being with people who were hysterical and trying not to be hysterical,” he said. Cameron grabbed toward a chair, thinking he could attack anyone who tried to break in. A teacher told him no, don’t make noise.

“I don’t want to sound like a victim at all,” he said. “I didn’t get shot, I didn’t see anyone get shot. I am lucky as hell and I am very happy to be breathing right now air that is not coming from a tube. I am goddamn lucky.”

The boys’ father Jeff Kasky said: “We consider ourselves very fortunate to be together right now.”

...and yes, his father, Jeff Kasky, is also on Facebook, and the two FB accounts are friends, so yeah, I’d say he and his post are both legit.

From both his FB post and the Sentinel story, he sounds like one hell of a kid.

UPDATE: Cameron posted two more updates late last night. No, I’m not going to keep reposting everything he says but these two are important for different reasons.

Now that I've had the chance to cool down and think, I have some more things about today's tragedy that I'd like to share.

First of all, I feel like I didn't shine enough light on the teachers at Stoneman Douglas. They really were amazing today. I am eternally grateful for what they did, and I owe my life to at least one of them. Driscoll, if you're reading this... thanks. Everything my little brother and I ever do in the future is pretty much completely because of you. We almost slipped through the cracks. We almost kept walking. We almost went right into the danger.

On Silver days (periods 1-4,) I go to pick up my little brother in the special needs class from the bus loop. He is released at 2:10 and school ends at 2:40, so I normally pick him up and bring him to my drama class where he has a lot of fun with my friends who treat him amazingly. Today, I was working on a song I'm in until about 2:25, and I realized I had forgotten to pick him up. I rushed out of the rehearsal to go grab him, and the second I did, the fire alarm went off. For a moment, I considered running him back to drama and doing the fire procedure with them, but we ended up staying. As we entered the parking lot, we began to hear screams to run back inside. I had no idea what was happening. Some kid jokingly suggested a shooter. I didn't like that. We instantly are led by the aforementioned Ms. Driscoll into a room in which we were all huddled together for about an hour, maybe 80 minutes.

You could smell the anxiety. People were crying, texting their loved ones, violently refreshing the news... we just wanted to hear that the shooter was gone. We didn't want to be shot. We had no idea what that even entailed. We're young. We don't know real pain, at least not most of us. It was during this time that I was shown the videos of the blood and devastation. It was during this time I knew that my brother Holden and I were closer to death than we've ever really been. He didn't even understand what was happening.

After what felt like forever, the glass window of the door was shattered and SWAT came in. They pointed assault rifles at us and told us to keep our hands up. The teacher made sure they knew there were special kids in there who might not pick up on their messages as well. They understood and did an amazing job. Our evacuation consisted of us dropping everything in our hands and running across the entire school with our hands up.

I could go in to further detail, but that's all I really want to say about it. Lots of tears.

Aaron Feis is a hero.

The second one is critical because it confirms his OFFICIAL Instagram and Twitter handles. There are several other accounts with variants (not necessarily fakers, they could just be people with the same name):

Can't sleep. Thinking about so many things. So angry that I'm not scared or nervous anymore... I'm just angry. And a little confused. Trying to get the word out and talk to people. I don't even know what I want to say necessarily... I just want people to understand what happened and understand that doing nothing will lead to nothing. Who'd have thought that concept was so difficult to grasp?

Some things you can do for me-
First of all, if you have anyone who can help me open up this discussion even further, please get them in contact with me. Also, all of you, please be in contact with me. Message me here or on my Instagram @cameronkasky and my new twitter @Cameron_Kasky

UPDATE x2: CNN has posted an excellent essay by Cameron. The whole thing is worth a read:

We can't ignore the issues of gun control that this tragedy raises. And so, I'm asking -- no, demanding -- we take action now.

Why? Because at the end of the day, the students at my school felt one shared experience -- our politicians abandoned us by failing to keep guns out of schools.

...And there is no denying that the NRA continues to donate millions of dollars to politicians at every level of government. Then those politicians -- often "family values" conservatives -- rile up their base by making them think that "liberals" are going to take their guns away. Not knowing any better, some of these people stockpile guns in advance of a gun ban that never comes, and the gun manufacturers and the NRA make millions.

But the truth is that the politicians on both sides of the aisle are to blame. The Republicans, generally speaking, take large donations from the NRA and are therefore beholden to their cruel agenda. And the Democrats lack the organization and the votes to do anything about it.

I'm just a high school student, and I do not pretend to have all of the answers. However, even in my position, I can see that there is desperate need for change -- change that starts by folks showing up to the polls and voting all those individuals who are in the back pockets of gun lobbyists out of office.