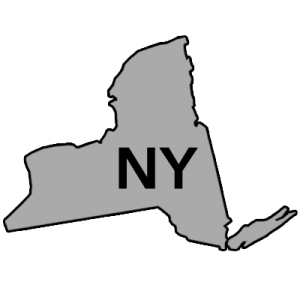 This Just In, courtesy of Dan Goldberg of Politico New York...

New York had already broken their 2017 numbers (just barely) a couple weeks ago, so this is effectively icing on the cake: Total QHP selections are up 4.2% year over year vs. the 242,880 they signed up last year.

UPDATE: Here's the formal press release...good to have but not a whole lot of new tidbits:

ALBANY, N.Y. (February 01, 2018) -- NY State of Health, the state’s official health plan Marketplace, today announced that more than 4.3 million New Yorkers have enrolled in comprehensive health coverage through NY State of Health, an increase of 700,000 people from 2017.  The 2018 Open Enrollment Period finished strong with nearly 1 million people combined enrolled in a Qualified Health Plan and the Essential Plan, an increase of 84,000 since the end of open enrollment in 2017.  New York’s decision to extend the 2018 Open Enrollment Period by six weeks from December 15, 2017 to January 31, 2018 was also validated; an additional 24,000 individuals gained Qualified Health Plan coverage during this period.

“Covering 4.3 million New Yorkers is truly a historic milestone,” said NY State of Health Executive Director, Donna Frescatore. “More consumers than ever before are using the Marketplace for their health plan needs, proving that demand for quality, affordable coverage is at an all-time high – demand that NY State of Health is able to meet.”

NY State of Health had a lot to offer this Open Enrollment Period: affordable choices – in many cases lower costs than 2017 – and a broad choice of health plans.  The Marketplace worked to get its message out and counter consumer confusion about coverage and enrollment deadlines.  Throughout the open enrollment period, Marketplace representatives participated in nearly 470 events, sent more than 1.2 million personalized emails to consumers, with important reminders about the steps they needed to take to renew or enroll in coverage, and advertised across the state.  New Yorkers responded: during the 2018 Open Enrollment Period, website traffic and call center volume surged, with nearly 2 million website visitors and over 1.8 million calls to Customer Service, including over 42,000 calls on January 31st alone.

Additional demographic and health plan specific information for the 2018 Open Enrollment Period will be available in the coming weeks.