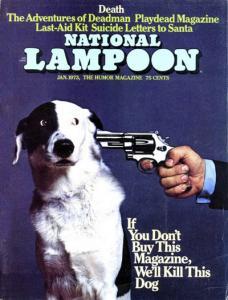 Advocates who criticized Bevin's overhaul of Kentucky's Medicaid program were also critical of the executive order he issued Friday, the same day the Centers for Medicare and Medicaid Services approved his plan to reshape Medicaid in Kentucky.

"Is the Governor of Kentucky saying that if he is caught doing something illegal, he will take health care away from hundreds of thousands of Kentuckians who have done nothing wrong?" asked Leonardo Cuello, director of health policy for the National Health Law Program.

Yes, it appears that this is exactly what he plans on doing:

The order Bevin filed Friday directs the secretary of the Cabinet for Health and Family Services and the Medicaid commissioner to "take necessary steps to terminate Kentucky's Medicaid expansion" if any part of his plan is struck down in court and all appeals are exhausted.

Not even the main work requirement itself, but any part of the plan...which means, I suppose, that if the court only rules that, say, the "financial or health literacy course" isn't kosher, a whopping 490,000 Kentucky residents will be kicked to the curb.

I have no idea what the exact results of Kentucky's Medicaid expansion have been so far, but I'm going to assume they're similar to those in Louisiana, which has around 460,000 residents enrolled.

According to the official Louisiana Health Department website, so far ACA Medicaid expansion has had the following results between July 1, 2016 (when expansion went live) and December 4, 2017:

Obviously not every case of Cancer, Diabetes or Hypertension is terminal, but even if you limit it to colon and breast cancer diagnoses and/or treatments, that's at least 6,100 Louisiana residents who have likely had their lives saved thanks to ACA Medicaid expansion...in just a year and a half. KY's enrollment is around 7% higher than LA, so that likely translates into around 4,300 lives saved (or at least early cancer diagnoses) per year.

Kentucky's expansion program has been operating for 4 years now. Assuming similar levels of appointments, screenings and so forth, I'm guessing that at least 17,000 Kentucky residents have had their lives saved by ACA expansion to date.

And Matt Bevin just vowed (in writing) to rip it away from nearly a half a million people if he doesn't get everything he wants by the courts.