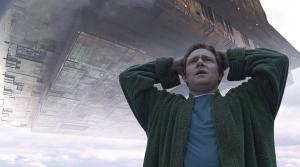 Note: Obviously none of this remotely compares to, say, being without electricity for over three months or being deported to El Salvador after living here legally for over a decade for no reason, but I think I'm entitled to vent a bit once in awhile...

Yesterday morning I was using the snowblower when I hit a rolled-up newspaper buried under the snow (in a plastic sleeve) which promptly got jammed in the impeller and likely burned out the auger belt.

Then, I noticed my front driver's side tire was really low; I almost certainly had sprung a slow leak from the pothole that I had hit the day before (thanks, Michigan roads!), but I had to pick up my kid from school so didn't have time to fill it with our air pump before doing so. I figured I could get there and back, but also turned out to be really low on gas, so on the way back, we stopped at a nearby gas station where I figured I'd use their air pump as well. Got gas but the air pump was broken.

I was able to just barely get the car over to the other gas station on the opposite corner of the intersection...except their air pump was out of order as well "due to the extreme cold". Well, the digital display worked, it had warmed up a lot and the clerk didn't know for sure whether it really was broken, so out of desperation I gave it a shot. I didn't have cash so I used my credit card to start the pump up for $1...but nope, it didn't work after all.

So now I have no choice but to change the tire in cold, yucky weather on wet/slushy pavement. Fine; learning experience for my kid, right? I get out the donut spare tire and show him how to do it--tire iron, lug nuts, etc. Not fun but whatever. Unfortunately, since I'd been driving on the flat a bit, the wheel was jammed on and the wet pavement + attempts to knock the wheel loose = the jack slipping a couple of times.

45 minutes later as my wife pulls up (thankfully), I finally get the flat off and replace it with the donut spare. Success! Except...turns out the donut IS ALSO FLAT.

I think about using her spare, but her car uses 5 lug nuts, not 4, so that's not an option.

At this point it's 5pm, I have a meeting at 7pm and I still have to finish my presentation for it, so we decide to see if I can make it home (only a couple of miles) with my hazards on and my wife running interference behind me. I make it about a half mile but the car is shaking pretty badly now; if I go any further I'll break an axle. Yes, I realized at this point I should've just left the car in the lot at the gas station for the moment, but it's too late now and I'm blocking traffic--the road is only one lane each way and doesn't have much of a shoulder to pull over onto.

I call AAA but they're so backed up it'll take AT LEAST 5 hours for them to show up, and traffic is backing up behind us since it's now rush hour.

We figure the only option is to change the tire BACK to the ORIGINAL flat to see if I can make it using that. Another 20 minutes and I'm back on the road. This time I make it another half mile or so to my former high school parking lot (the school has since been closed and is in the process of being partly torn down), where I'm at least able to pull in and park the car out of the way.

So now the car is parked in the parking lot, where I pray it won't get towed before I'm able to take the tire off AGAIN, drive it and the donut over to the tire store to get them replaced, then drive back and put it back on again later today.

My wife drives my son and I home by around 6pm, where I have just barely enough time to clean myself up (I'm a mess by now), pack up the laptop and get to the meeting. While I'm getting changed, My wife informs me that the credit card WAS charged by the air pump (even though it didn't actually pump air)...out of a company New York. Since I had just made another charge a few minutes earlier (at the first gas station), this triggered an automatic fraud alert at the credit card company and they put a lock on the card, which now has to be replaced.

I finally make it to the meeting, where I went from originally being the featured speaker to having agreed to let a couple of other candidates speak first. I'm parched from having sweated off a gallon during the tire changing mess, but there isn't any water, so I try using the vending machine...where the bottle of water gets jammed in the machine, so now I'm still thirsty and out another buck or so.

The other speakers both do their thing, but run long, leaving me half an hour to give a 40-minute presentation (with zero time for Q&A afterwards). Half the audience leaves-the-room-but-not-really to talk to the candidates right outside the door right as I'm starting my own presentation. I should note this includes at least 2 people who had earlier claimed that they were attending specifically to hear my healthcare update. I get the added humiliation of having to walk across the room and close the door myself to keep the noise out because no one else thought to do so.

So...yeah, not a good day. Hopefully today will be better.

So today after my wife drops our kid off at school and takes care of some odds & ends, she picks me up so we can go back to my car, pick up the flat tire (and flat donut spare as well) and head over to the tire store. That all goes fine--I jack up the car, remove the now completely-shredded tire (thankfully no rim damage that I could detect) and drive both of them over. A few hours and $80 later we're back on the road with a new full-size tire (they couldn't do anything about the donut, though).

She drops me back off at the car. I start to put the new tire back on when whammo...the car slips back on the jack again (ice and slush under the car and jack) and BANG down it falls on the pavement, sans tire.

Yup, the car is now completely on the ground, and I'm praying nothing expensive got broken...plus, there's no way in hell my jack will fit under it now.

My wife loans me her jack (she has an SUV which has a heavier-duty model) and then has to take off to pick up our kid from school (yes, somehow 7 hours had passed already).

I proceed to spend the next half hour swearing up a storm as I get to...

...repeat the process over. And over. And over again, until I finally had the jacks near the front wheel well where they're supposed to be in the first place.

I manage to get the wheel back onto the car, utterly exhausted and pissed off, and finally drive the car home.

Except...yeah, it was bouncing around pretty badly every time I hit even the smallest bump or pothole. The wheel is on tight, the tire is fine...but I'm pretty sure I broke or bent something when the car slipped off the jack.

Which means I then got to get cleaned up and drive the car back out again to the local mechanic.

Where I had to drop it off for the evening, and they'll supposedly take a look first thing in the morning.

More to come...hopefully a not-too-painful ending to this saga...

HOWEVER...it looks like only the backing plate and the axles were actually damaged by the car slipping off the jack; the rest was "normal" wear & tear from the original parts on a car being driven over Michigan's pothole-filled, crumbling roads.

Total cost: Around $1,600. Looked everything up and it sounds like that's fairly reasonable pricing. Still...ugh.