UPDATED: Here's the most important things to remember for 2018 Open Enrollment... 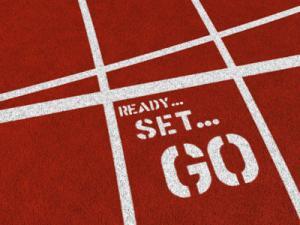 #1: The 2018 Open Enrollment Period is only half as long as usual in most states!

UPDATE: As of January 2nd, 2018, there are 7 states where Open Enrollment is still ongoing:

#2: BOTH types of Tax Credits/Subsidies ARE STILL AVAILABLE for those who qualify!

#4: Because of the wacky CSR payment situation above, you may get a Gold plan at a bargain or a Bronze plan at a steal!

#5: Yes, the Individual Mandate *IS* being enforced this year.

the I.R.S. will reject your tax return when filed electronically if you do not complete the information required about whether you have coverage, including whether you are exempt from the so-called individual mandate or will pay the penalty. If you file your tax return on paper, the agency said it could suspend processing of the return and delay any refund you might be owed.

UPDATE: YES, the mandate is still in place for 2018 even with the new tax bill (which included mandate repeal) being signed into law. The mandate repeal doesn't go into effect until 2019.

I'll add a few more things to this list throughout the day, but in the meantime, it's once more into the breach... 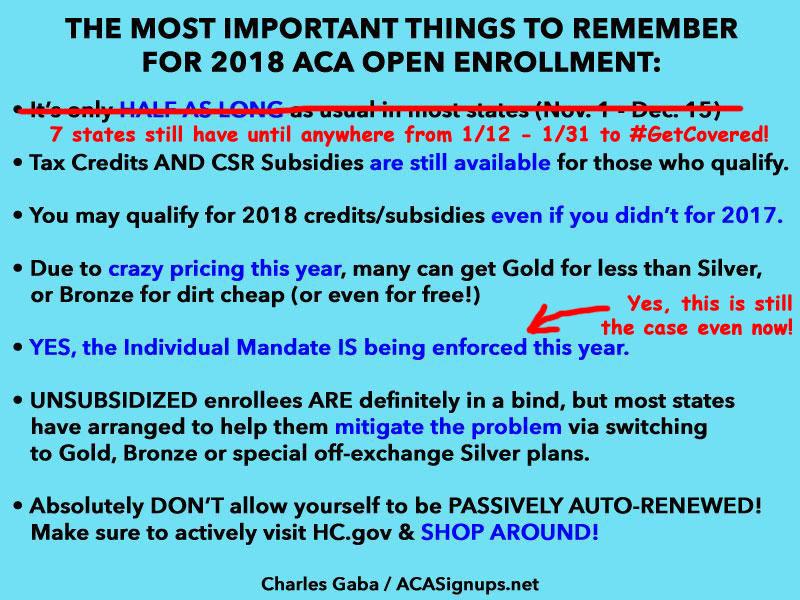