WARNING: Beware of Falling Effectuations ahead! (hoping to be proven wrong) 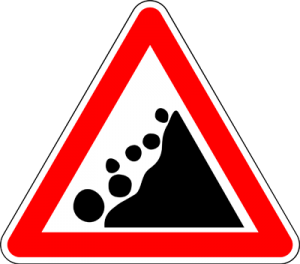 The good news, as touted by myself and pretty much every other ACA supporter last week, is that in spite of every type of sabotage, undermining, obstruction and confusion thrown at Obamacare over the past year by Donald Trump along with Congressional Republicans, the 5th Open Enrollment Period for the Affordable Care Act is actually going...pretty well, all things considered.

As I noted last Wednesday, over 8.8 million people enrolled in exchange policies via the federal exchange (which covers 39 states), and I've also confirmed that another 2.8 million have enrolled in the other 11 states (+DC) which operate their own full ACA exchange engines, for a total of more than 11.6 million QHP selections so far. In addition, Open Enrollment is still ongoing across nearly half the country; not only do 10 of the 12 state-based exchanges have extended deadlines (all the way out to the traditional 1/31/18 cut-off for three of them), but thanks to a Special Enrollment Period created by CMS in response to the various hurricanes which ravaged southern states a few months back, 8 more states still have until New Year's Eve for people to #GetCovered.

Finally, CMS clarified that there are some stragglers who weren't included in that 8.8 million figure because they enrolled between midnight and 3am Pacific time on the night of the deadline or because they had to leave their phone numbers for a support callback a few days later.

Considering how much the law has been beaten up by the GOP over the past eleven months (not to mention the previous seven years), that's not bad at all--it'd be within 2% of last year's tally, or within 6% of the all-time record the year before.

That's the good news. Now here's some bad news: The effectuated enrollee drop-off could be fierce this spring, for two important reasons.

Here's what I'm talking about:

Normally, here's what happens after the mid-December Open Enrollment deadline:

In other words, last year it's possible that up to, say, 13 million people actually actively selected a policy or had one automatically selected for them...but around 800,000 were later purged from the total because they went back and actively cancelled their policies/had them cancelled, thus leaving the official total at just over 12.2 million people.

Then, between the end of January and the end of the first quarter of the year (March 31st), around 10% of the official number always fail to actually pay their first monthly premium, while another 4% or so pay for a month or two but then drop out after that. Year after year, this has consistently averaged around 14%:

Well, first of all, 41 states, the official Open Enrollment deadline was on December 15th. That means that unlike prior years, it's too late for most of these folks to change their minds. They can either stick with the policy they signed up for (or were signed up for) or they can drop it, but that's it. Of course, anyone who was enrolled into a different policy than the one they already had technically still has a 60-day window from 12/31 (until March 1st) to choose a different policy via a Special Enrollment Period, but otherwise their options are limited.

Charles, so I am one of those paying full price for my insurance. I am paying $350 for $6000 deductible. No health conditions..is it really worth it or should I just drop out ? Especially w/ no individual mandate anymore.

Here's the thing: Setting aside all the arguments about whether choosing to go without coverage now that the ACA's mandate has been repealed is a wise or foolish move, the fact remains that it isn't actually repealed until 2019. For calendar year 2018, it's still officially in place. Now, I have no idea whether or not it will actually be enforced by Donald Trump's Internal Revenue Service--April 2019 is a long way away and lots of things could happen--but at this point in time, anyone who doesn't have ACA-compliant healthcare coverage and doesn't qualify for a hardship or other exemption will indeed owe up to $695/person or 2.5% of their household income for calendar year 2018.

HOWEVER...if enough people THINK it won't be enforced 15 months from today, it's almost irrelevant whether it actually is enforced or not, at least in terms of their decision-making process today. I've already heard anecdotal stories of at least a few people who have already cancelled policies they just enrolled in a week earlier specifically because they falsely think the mandate won't be in effect for 2018.

Needless to say, I'm hoping I'm very wrong about this.